Ronen Nissenbaum, says life as a senior manager in the hotel business is beautiful. It’s unlikely, however, he will be bringing those skills back to Israel 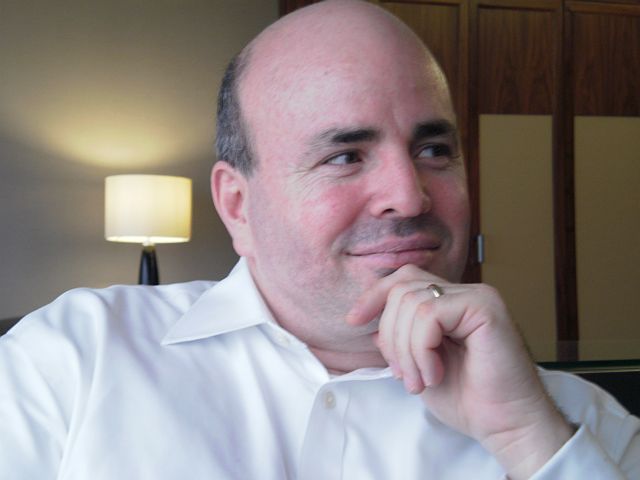 When I met Ronen Nissenbaum in the lounge of the David Intercontinental Hotel in Tel Aviv, he was a guest of the hotel he once managed. Without a doubt, the Israeli from Beit Itzhak had come a long way since starting his hotel management career in 1976 in junior positions in Israel, Belgium and Switzerland. He soon held senior roles in Forte Hotels and during the opening of Disneyland Paris in England and France. He also served as regional vice president and opening general manager of the Intercontinental hotel in Buckhead Atlanta, Georgia and was responsible for 16 Intercontinental Hotels in North America. He ran the David Intercontinental Tel Aviv from 1999 to 2003.

Two of the recent highs of Nissenbaum’s career are his tenure as the opening senior executive vice president of the Marina Bay Sands Integrated Casino Resort in Singapore from 2009 to 2011 and his current job as president and chief executive officer of the Plaza Group in New York, a position he has held since 2011. 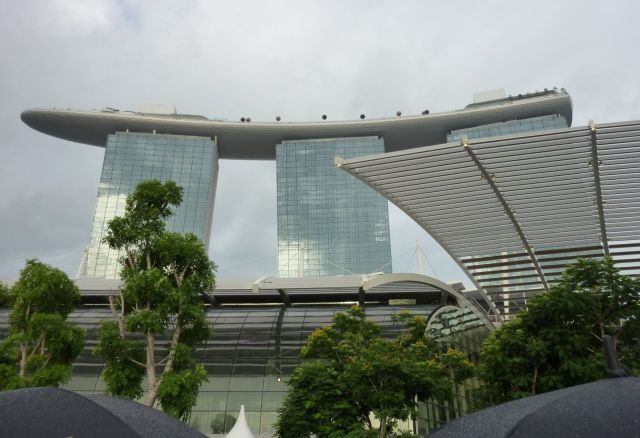 There’s no doubt the highlight of Nissenbaum’s career to date is the launch of Sheldon Adelson’s Marina Bay Sands resort in Singapore, a magnificent complex that includes a hotel, casino, conference and exhibition center, two theaters, and museum, as well as a large shopping center. It’s a job he owes to Adelson’s deputy, Mike Leven, who introduced him to Adelson.

“Sheldon agreed, but it was Mike who put me forward and made the decision, ” he says.

Established in 2009 with an investment of $6 billion from Adelson’s Las Vegas Sands company, Nissenbaum was charged with opening and running the prestigious Singapore hotel with its 2, 651 rooms and suites, the greatest ballroom in southeast Asia, two theaters with 4, 000 seats, the Museum of Art and Science, a shopping arcade with 280 outlets and 21 restaurants and “Sky Park” — a unique 230 meter long park atop the three towers of the project. He also was responsible for recruiting more than 8, 500 employees and getting the resort to open on time and budget. He planned and launched the seven celebrity chef restaurants at the resort, including those of Daniel Boulud, Guy Savoy, Wolfgang Puck, and Mario Batali, and organized the opening of the Banyan Tree spa and fitness center.

In the first full year of operations, combined revenue from the casino, hotel and commercial areas exceeded $2.5 billion while EBITDA (earnings before interest, taxes, depreciation and amortization) topped $1.2 billion. In the second year, revenue and EBITDA were more than $3 billion and $1.5 billion, respectively.

According to Nissenbaum, because gambling is part of the Asian culture, the Singapore casino accounts for 80% of the project’s revenue where clients are from neighboring Malaysia, Indonesia, Japan, Korea, Thailand, China, Vietnam, Australia, India, as well as Singaporeans. The revenue mix in Las Vegas is approximately 50% from casinos and 50% from the non-gaming elements such as hotel rooms, food and beverage, conventions, and entertainment.

Sheldon Adelson is known in Israel primarily as a supporter of Benjamin Netanyahu and recently of Mitt Romney’s candidacy for the U.S. presidency. Nissenbaum is brief when asked about Adelson:  “He is a remarkable visionary leader. He is among the very few who are willing and able to take such enormous risks. This doesn’t mean, however, that I agree with everything he does.” 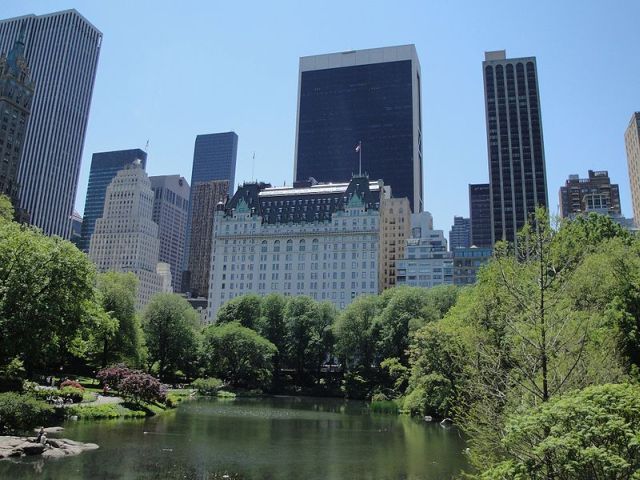 Tshuva bought the Plaza building eight years ago for $600 million. Following intensive renovations over a three-year period at an additional investment of $400 million, the hotel reopened in 2008. The apartments at the Plaza were sold for $1.2 billion.

Nissenbaum, who was recruited for the position by Tshuva, now works for Plaza Hotel Development, the hotel management company.

In late November 2012, Tshuva’s Elad Group completed the sale of the Plaza Hotel to India’s Sahara Group for approximately $600 million. Following the transaction, the Plaza brand is held 50% by Elad Group and 50% by Sahara Group and Saudi Prince Al Walid Bin Talal. The Plaza Hotel will continue to be managed for at least two years by Fairmont, which holds 25% of the project following the transaction and is owned by the Saudi prince.

In the coming months, Nissenbaum said he will work with Sahara and Kingdom to develop the branding of future Plaza hotels.

“As long as there is an option to develop the brand, I consider myself a part of it, ” Nissenbaum said

Israel doesn’t have a legal casino. At the beginning of his term in 2009, outgoing Tourism Minister Stas Misezhnikov declared his support for the establishment of a legal casino in Israel to diversify the country’s tourism, increase the industry’s contribution to the economy and bring more jobs to the periphery.

Misezhnikov’s decisions were based on the conclusions of an inter-ministerial committee that examined the issue in depth and recommended establishing a casino in Israel. However, during discussions to progress the issue it became clear that the officials who supported a casino while on the inter-ministerial committee had changed their minds and are now opposed to the idea.

For years, Adelson had wanted to build a casino in Eilat before giving up and turning to Asia.

“I think that ship has sailed, ” Nissenbaum said. “All the people who initially wanted to invest in a casino in Israel have found other opportunities. If regulations are favorable and some of the taxes are used for the public good, it can only benefit the country and tourists who would have another activity to take part in when visiting the country.”

Singapore is an excellent example of how a country with a conservative reputation dealt with this type of economy-stimulating industry. 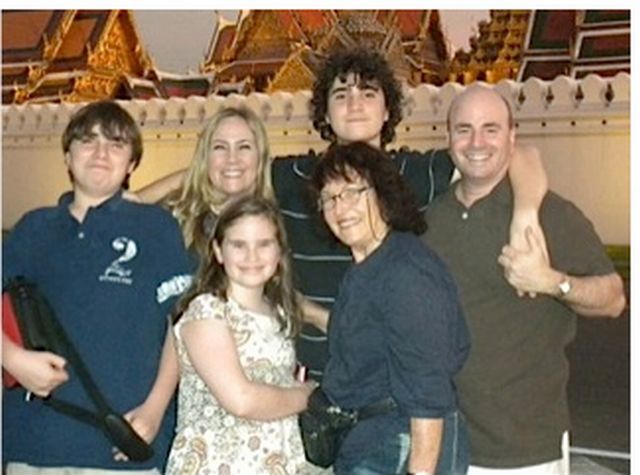 Nissenbaum, 49, is married to Karen, who is from England. The couple has three children: Max, 17, who was born in England and is going to Switzerland to study hotel management; Benjamin, 15, who was born in France; and Maya, 11, who was born in Israel. The family lives in Atlanta, and all are American.

Would Nissenbaum recommend that his children follow in his steps in the hotel industry? He says yes.

“They see how interesting it is and that life can be wonderful in the hotel industry, ” he said. “When you are in senior management, life is fine. At the next level, as regional director, life is even better, but it takes time to get there.”

And it’s not just about the money, he says. There’s also the opportunity for children to experience cosmopolitan living, multi-cultural environment and exotic vacations.

“The year the kids were with me in Singapore, we traveled in China, Australia, Thailand, Hong Kong and Macao and saw amazing sites, ” Nissenbaum said. “They have become people of the world, understanding deferent cultures — they have Korean and Indonesian and friends from around the world.”

Would he return to Israel? Yes, but it must be a significant project, Nissenbaum says. And that won’t be easy to find for someone with his experience.

‘Feather in the cap’

Nissenbaum says that with the boss being an Israeli Jew there’s no doubt being an Israeli and a Jew has helped his career. He stressed, however, that no one will hire an employee, even if Jewish or Israeli, if he isn’t the right person and has the capabilities for the job.

“For Mr. Tshuva, there has to be the foundation and experience to do the job, ” Nissenbaum said. “I speak four languages and have worked for international companies. Isaac Tshuva knew me from Singapore. He is from Netanya and I’m from nearby Moshav Beit Yitzhak. I understand the language of casinos and hotels. I was able to bring all this to the table.”

There are plenty of Israelis and Jews that Mr. Tshuva didn’t hire, he noted, but said those characteristics may be of help when deciding among similar candidates.

“It might be that being Jewish is another feather in the cap.”

In this article:Las Vegas Sands, Finance