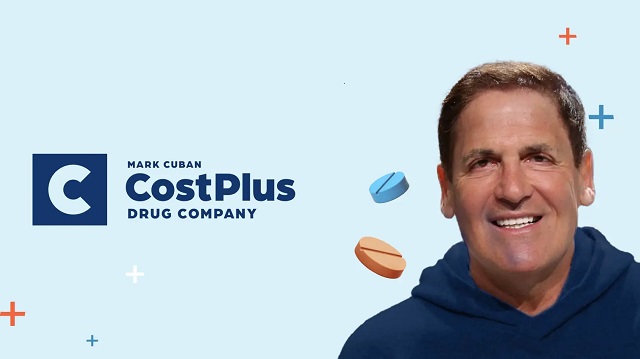 Can Mark Cuban help save the U.S. taxpayers billions of dollars a year when it comes to the bill for all of the prescription medications covered by the national Medicare health insurance system? According to a new study – yes he can.

The new study, conducted by researchers at Brigham and Women’s Hospital in Boston, compared the average prices that Medicare must pay for 89 different prescription medications to the price charged for the same drugs by Mark Cuban Cost Plus Drug Company, a business that the billionaire investor founded for the express purpose of offering lower cost medications to the general public.

Currently, people covered by Medicare have their prescription medications paid for by the service when they purchase them at a private pharmacy. There may be a co-payment of some sort, but the prices on the medications and the percentage of the list price actually paid out by Medicare will differ from State to State.

With 77 of the medications whose prices were reviewed, the researchers found that Medicare would have saved $3.6 billion – total paid would have been $4.5 billion instead of $8.1 billion – over the period observed had it bought solely from The Mark Cuban Cost Plus Drug Company.

The company officially went on line in January of this year.

According to a September 2021 Gallup poll, 18 million Americans were recently unable to pay for at least one prescription medication for their household due to ever-rising costs, and 1 in 10 Americans have skipped doses to save money.
As Mark Cuban himself explained, “We started Mark Cuban Cost Plus Drug Company because every American should have access to safe, affordable medicines. If you don’t have insurance or have a high deductible plan, you know that even the most basic medications can cost a fortune. Many people are spending crazy amounts of money each month just to stay healthy. No American should have to suffer or worse – because they can’t afford basic prescription medications.”

But before Americans get excited about the idea of their government saving billions by switching over to Mark Cuban Cost Plus Drug Company they need to remember all of the bureaucratic obstacles that will delay and even prevent any such action. And then there are all of the lobbyists from the different private companies who will work hard to keep this from happening. But at the very least, the possibility of such competition might cause suppliers to lower the prices that they charge Medicare patients.