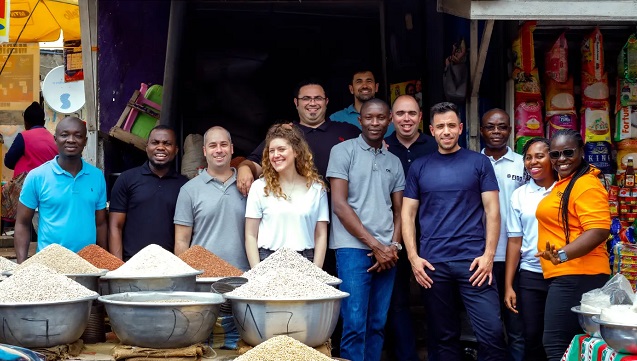 Fido, an Israeli fintech startup that specializes in bringing modern tech for banking and finance to the poorer nations of Africa has raised $30 million in a Series A financing round led by Fortissimo Capital. The company has now raised $38 million to date and plans on furthering its African activities, specifically in Ghana where Fido is based.

An Israeli startup working to help third world nations – African nations – modernize so that their peoples can achieve a better standard of living. In this way, Fido is reviving a tradition of Israel’s providing aid to Africa. Long before the Peace Corps, and within just a few years after its independence, while Israel was itself impoverished, the country went to the trouble of sending emissaries to African nations to teach their people about the farming innovations that Israelis had developed for agriculture in a desert climate.

These new techniques were used all over Africa. Today, it is modernization and new tech that African nations need and that is what Fido is providing, starting with Ghana.

Founded in 2016 by its president Nadav Topolski (chairman of Reshet Channel 13), Tomer Edry and Nir Zepkowitz, Fido says that it was established to empower individuals and entrepreneurs to capture financial opportunities in Africa. Lack of access to financial services is a key constraint on the growth of entrepreneurship in Africa.

The banking sector is complicated and bureaucratic, explains Fido, and its processes are time-consuming and not very customer-friendly, so access to financial services remains beyond the reach of a significant segment of the population.

Fido’s autonomous banking system relies on mission-critical, real-time machine learning models for risk scoring and fraud detection, based on non-financial data, to approve or reject a loan in real-time, and simultaneously deliver market-leading default rates. In this way, the company makes it easier for people who live in smaller more remote areas to get bank loans and credit, while shortening the waiting period.

Fido CEO Alon Eitan said, “We are building a new financial culture in Africa. We are not only talking about accessibility to financial services but also making them better – faster, simpler and transparent, and that is only the start.”