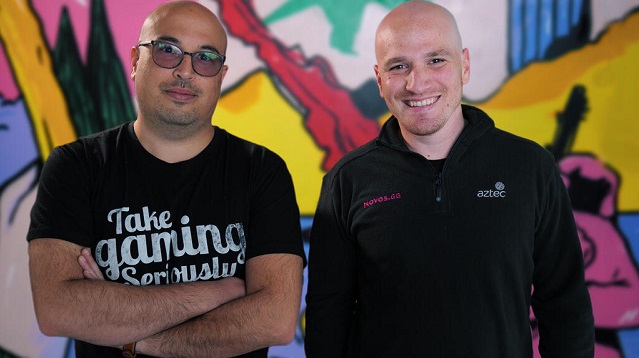 NOVOS.gg is an Israeli startup that helps gamers get better at their games. One such game is the increasingly popular Fortnite, which has 80 million monthly users and over 350 million player accounts.

E-Sports is one of the biggest money making ventures in the world today, and gamers take their playing very seriously. Do not make the mistake of telling one that they just play video games all day. Some make a lot of money with their own YouTube channels offering advice on how to get better at playing the big games, or just letting people watch them play. There is also good money to be made playing in tournaments.

Fortnite is an online video game developed by Epic Games that offers three different game mode versions that otherwise share the same general gameplay and game engine. There is Fortnite Battle Royale, a free-to-play battle royale game in which up to 100 players fight to be the last person standing, Fortnite: Save the World, in which up to four players fight off zombie-like creatures and defend objects and Fortnite Creative, in which players are given complete freedom to create worlds and battle arenas.

E Sports are so big that companies like NVIDIA make a fortune selling new gaming video tech and televisions and monitors are advertised for their advanced gaming graphics.

Founded in 2018 by Or Briga and Shai Arnon, both veteran gamers, NOVOS is a training platform for gamers who “want to pursue their dreams and take their gaming skills to a higher level.” The company was created out of the ZELL entrepreneurship program at Reichman University (formerly IDC).

NOVOS boasts that its methodology implements the “best skill-building practices and tools, based on researched methods of training, in order to bring players to a considerably higher level of gameplay in the most efficient way possible.” This involves machine-based learning, which helps create and manage a specific training regime, designed specifically for each individual gamer.

Unlike the existing coaching marketplaces and game analysis tools, NOVOS focuses on behavior. By that, the company means that it offers a “long-term and effective training routine, helping the player improve all-round.” Its system monitors the player’s improvement and adapts to the evolving needs, changing the skillset being focused on as a player advances in training.

“Our methodology is based on proven principles from traditional sports and professional eSports teams.”

In April, NOVOS raised $6 million in seed funding led by MizMaa Ventures. At that time, CEO Or Briga said, “This round will allow NOVOS to expand its platform to other games, alongside collaborations with professional teams in the Esports scene. These collaborations will help establish competitive gaming academies, coaching players from around the world and preparing these amateur players for success in their future careers.”