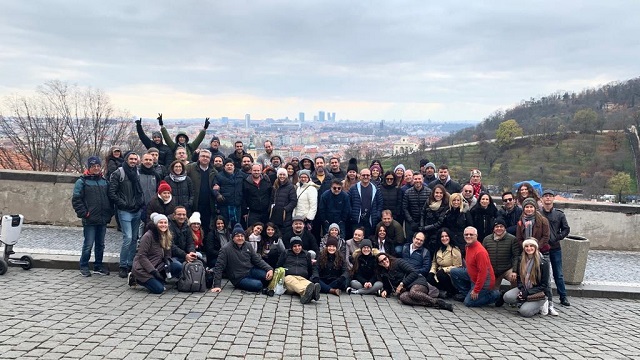 Startup Nation Israel is known for its big exits. While many of its startups made a fortune going public, others took a different route to their exits – they sold out.

One of the best known examples of this was when the Israeli travel app Waze was sold to Google in 2013 for $966 million.

April was a short month for Israeli businesses because of the Passover holiday, which came out right in the middle of the month. The week long holiday saw many people take a break from work. But there were three major sales in April that are worth noting here.

First up on the list is a company that has not actually been sold yet, but is looking to do so. AU10TIX, an Israeli automated identity verification startup, could be sold at a company valuation of as much as $1.2 billion. According to a report in Calcalist, the brothers Ron and Gil Atzmon, who hold a 70% stake in the company, are currently entertaining offers to sell out their shares.

Calcalist reported that AU10TIX has hired the services of Goldman Sachs and Deutsche Bank to lead the sale process. The brothers could make between $300-750 million from the sale, depending on how much of their stake they eventually sell.

Founded in 2010, AU10TIX is an identity management company headquartered in Israel declaring its mission to obliterate fraud and further a more secure and inclusive world. The company provides critical, modular solutions to verify and link physical and digital identities so businesses and their customers can confidently connect.

Then there is Tufin, an Israeli cyber security company offering a policy-centric approach to security and IT operations. The company is set to be acquired by Turn/River Capital, a software-focused investment firm, in an all-cash transaction that values Tufin at approximately $570 million. Under the terms of the agreement, Tufin shareholders will receive $13.00 per share in cash, representing a premium of approximately 44% over Tufin’s closing share price on April 5, 2022, when the deal was announced.

Tufin says that it simplifies the management of some of the largest, most complex networks in the world, consisting of thousands of firewall and network devices and emerging hybrid cloud infrastructures.

The acquisitions are not only a one way street. Sometimes Israeli firms are the ones doing the buying of foreign companies. This was the case when OpenWeb, an Israeli startup that develops an audience relationship platform, acquired ADYOULIKE in April, a company that offers a global advertising platform for $100 million in cash and stock.

Founded in 2012 by CEO Nadav Shoval and was originally called Spot.IM, COO Roee Goldberg and Ishay Green, OpenWeb helps publishers gain independence from traditional social media by “fueling millions of high-quality conversations” across thousands of communities with more than one hundred million monthly users. OpenWeb boasts that its platform offers engagement and conversion funnels that turn casual readers into a community of loyal, active, registered users.

Founded in 2011, ADYOULIKE is a Franco-British global native advertising company headquartered in France with offices in Paris, London, New York, Montpellier and Milan. The company boasts that it offers a new kind of advertising that “respects the form, function and the user experience of the content where it appears.”