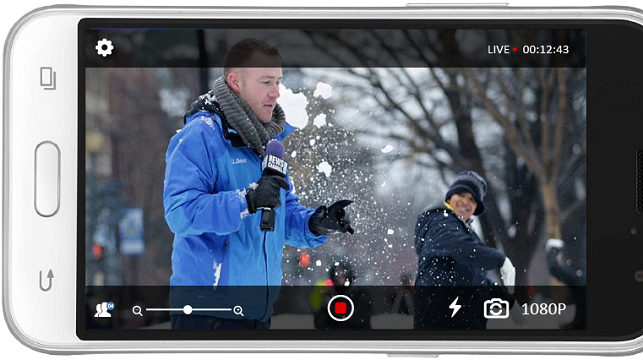 Omnistream is an Israeli startup that says it will make broadcasts – streaming – of videos from mobile devices much more efficient and have greater quality. Everybody watches all manner of videos on their smartphones and tablets that are available to stream, but have you ever thought about when you send out a feed yourself?

Everybody wants to be famous and hopes to go viral with one sort of video or another. Things have gotten so absurd that kids these days actually think that they can plan to have a career as so called influencers. They think that this is a real profession, and not just something that people accidentally fall into. After all, most of these influencers were already known for something before their Instagram and TikTok accounts gained millions of followers.
–

But let’s say that you could expect to make a living doing this. Today, you need to upload whatever picture or video to a social media platform like Instagram. But someday soon you will be able to broadcast your own material from your very own mobile studio and do it all through the telephone.

And the same holds true for journalists. Just think of how much better all of those live feeds from around the world would be if they could improve the tech. This is where Omnistream comes in.

Founded in 2017 by CEO Hagay Avraham and Avi Sharir, Omnistream delivers a revolution in mobile journalism with what it calls an intuitive user-friendly app that is changing the way broadcasters and media enterprises operate worldwide. By leveraging the power of smartphones or a video encoder with embedded SIM cards (modems), the company says that it is able to provide a reliable cellular communication channel that significantly reduces the high costs of satellite broadcasting and eliminates the use of complex and heavy dedicated hardware.

Its flagship app, the OS-Pro, can be deployed on-premise or in the cloud (eliminating the need for bulky equipment, on-site servers and lengthy contracts). After capturing video footage with a cellphone or an external video camera, OS-Pro automatically divides the data into packets which are sent to an on-premise or cloud-based server via secondary cellular modems (thus using multiple smartphones or the embedded SIM cards in a video encoder to share the uplink load and add resiliency). The single reconstructed data stream is then received in the broadcast center, ready for real-time broadcasting.

“We understood that institutional broadcasting bodies – the old television – is a disappearing world. In contrast, the cloud revolution, which has given everyone access to an ocean of information and resources, is merging with the smartphone revolution, which today offers unprecedented computing power,” said Avraham, CEO of Omnistream. “At first people were enthusiastic about SMS, then came photos on Facebook, followed by birthday videos. It is clear to us that the next step in evolution is live broadcasts. “