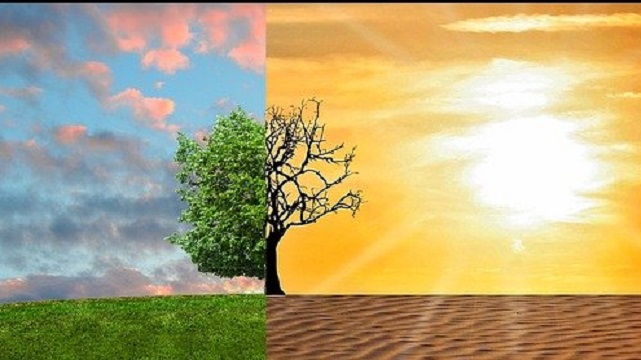 JNF Canada is offering a $1 million award for its new Climate Solutions Prize. It is doing so in partnership with the Jewish National Fund, Start-Up Nation Central and the Peres Center for Peace and Innovation.

The Climate Solutions Prize is being presented to incentivize and motivate the best and brightest non-for-profit researchers and/or organizations throughout Israel with funding to curb the climate crisis. This prize will consist of an annual 1 Million USD fund that will be awarded to applicants as evaluated by a world-class judging panel. Prize recipients will be announced at a live ceremony, which will take place in the heart of Israel and viewed across the world.
–

In addition, the Climate Solutions Prize will fund prizes for innovative solutions in local JNF communities.

The news comes as the Intergovernmental Panel on Climate Change (IPCC) released a report proving that climate change is very real and is caused by people. The report showed that world temperatures are the hottest that they have been in 125,000 years and that the CO2 levels in the atmosphere are the highest they have been in 2 million years.

So, leave to Israel, Startup Nation, to find the solution, or solutions. Israeli startups are coming up with ways to provide drinking water out of the humidity in the atmosphere, harness solar power to reduce greenhouse emissions, and the development of green buildings which not only absorb heat and light for energy, but reduce the need for air conditioning with external gardens that shield the interior from heat, while eating up excess CO2 from the air.

This is all rooted in Israel’s history as a small poor nation with few natural resources. Also, as a desert country, water resources were always sparse there. Necessity truly is the mother of invention.

Israel has also been a leader in the defense industries. This was out of necessity too as the country was under constant threat of attack. Now Israel can be at the forefront of the defense of Mother Nature too.

“It has become clear that climate change is the biggest challenge of our time. If temperatures continue to rise, all we have worked so hard to build may be at risk due to increased flooding, forest fires, and drought,” stated Jeff Hart, Executive Chair of the Climate Solutions Prize. “As Jewish people committed to tikkun olam – repairing the world – we created the Climate Solutions Prize to galvanize Israel, known as the Startup Nation, to develop breakthrough solutions to help solve the climate crisis, and even turn it into an opportunity.”

“Throughout its 120 years of existence, KKL has been a leader in environmental action, and we are proud to be taking part in writing the next chapter in the history of sustainability in Israel,” said KKL Chairman Avraham Duvdevani. He added that he considers enlisting Israeli innovation, creativity, and research excellence to the battle against the climate disaster as a matter of national importance. “KKL will aid the project by offering up its rich experience in the field and its finest professionals,” he pledged.

“The climate disaster will rest at the center of KKL’s activities in the coming years and the CPS is part of a series of initiatives set to be launched in the near future, including the opening of KKL’s Climate Center,” Duvdevani said.

“Our mission is to introduce and advance Israeli innovation to global leaders to overcome pressing challenges such as sustainability,” said Avi Hasson the incoming CEO of Start-Up Nation Central. “As the world prioritizes averting climate disaster, climate-tech will be one of the major growth industries of the future and as such we are committed to take part in the Climate Solutions Prize initiative (CSP) to help increase its reach and impact. We believe that the CSP will incentivize Israeli innovators to develop breakthrough solutions.”