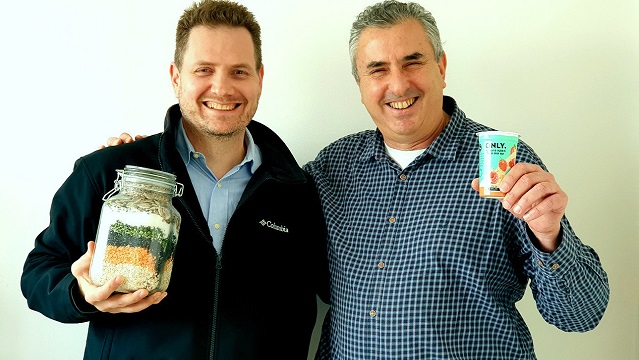 Yofix is yet another Israeli startup that works on providing natural alternatives to animal-based food products. In this case, Yofix develops dairy alternatives from plants. Yofix Probiotics, Ltd., has concluded an extended series-A round of investment from new key investors Germany-based Müller Ventures, AG; the French Bel Group; and LionTree Partners LLC, based in the US. This brings Yofix’s total investment to date to $2.5 million.

Yofix Probiotics LTD. develops and manufactures dairy and soy-free fermented plant-based pre and pro-biotic foods. Their products, are clean label and have no artificial ingredients or preservatives added. The company only uses cereals, lentils, grains and seeds.

Last year, Yofix launched a new generation of clean-label yogurt alternatives based on its proprietary zero-waste production process. The unique fermented formula is soy-free and composed of a short list of natural and highly nutritious ingredients, including oats, lentils, and sesame. Yofix says that the new yogurt was “carefully crafted to deliver the classic flavor and probiotic functionality of dairy yogurts without the dairy ingredients, serving the lactose-intolerant and dairy-allergic population as well as offering a plant-based solution for the growing vegan and flexitarian markets.”

Startup Nation is at the forefront of developing meat and dairy alternatives. The startups provide vegan versions of chicken eggs, beef and dairy products. But this is not just something for vegans. The worldwide production of animal and dairy products has been condemned for years as contributing to global warming and increased pollution. And there are also issues of animal cruelty to be considered.

Israeli startup Zero Egg produces an egg alternative made from plants for foodservice and food manufacturers. The company asserts that its product tastes, looks, and functions like a real egg. And Israeli meat alternative company Aleph Farms has a new initiative to eventually produce its products on Mars. The program is called Aleph Zero and is intended to produce non-GMO cells anywhere and in any environment.

“Receiving the financial investment by such prominent multinational players of the dairy industry is an endorsement of trust and confidence in our products and technology,” says Steve Grün, CEO of Yofix.

“This fresh influx opens the door to new possibilities,” he added. “Over the next few years, we will focus strategic efforts on expanding our line of dairy alternatives — which also includes oat yogurt shakes — into the global market. The support will also boost the advancement of our efforts toward developing more clean-label plant-based offerings that extend into alternative cheeses, frozen desserts, and milk alternatives — the prospects are boundless.”