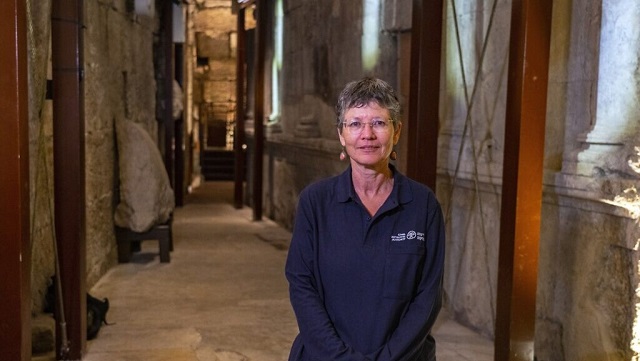 The Israel Antiquities Authority and Western Wall Heritage Foundation have revealed the discovery of an ancient “city hall” type structure – or area – which was unearthed right by the Kotel, the Western Wall, which is the holiest site for Jews throughout the world. The 2,000 year old complex will soon be made open to the public as part of the new route of the Western Wall tour.

The new tour route is sure to be a huge attraction for tourists who will soon be able to come back to the Holy land after more than a year of Coronavirus closures. The hope is to open the site to visitors in one month from now, at the start of the Hebrew month of Elul, which marks the start of the Jewish time of repentance as it comes one month before the Rosh Hashanah holiday. Unfortunately, an outbreak of the Delta Covid Virus variant forced Israeli authorities to delay the reopening of the country from July 1 to August 1. So there are no guarantees that this will happen as scheduled.

The timing of the news is fitting as Jews mark the start of the Hebrew month of Av. This month begins with a 9 day period of mourning observed by religious Jews, where no wine is drunk or met eaten, except on the Sabbath. The period culminates with a 24 hour fast on the 9th day of Av in commemoration of and mourning over the destruction of the temple which once stood above the Western Wall. As time goes by, more and more ancient structures are found to have survived the destruction of Jerusalem by the Romans. But they had been lost because they were either built over or became covered by dirt and trash over the centuries.
–

The newly revealed area, located to the west of Wilson’s Arch and the Temple Mount, is part of a structure which was discovered and documented by Charles Warren in the nineteenth century. This was followed by various archaeologists in the twentieth century. Now that its excavation is complete, archeologists say that they know that it contained two identical magnificent chambers with an elaborate fountain between them. The walls of the halls and the fountain were decorated with sculpted cornice-bearing pilasters (flat supporting pillars) topped with Corinthian capitals. The decorative style of the building is typical of opulent Second Temple-period architecture. 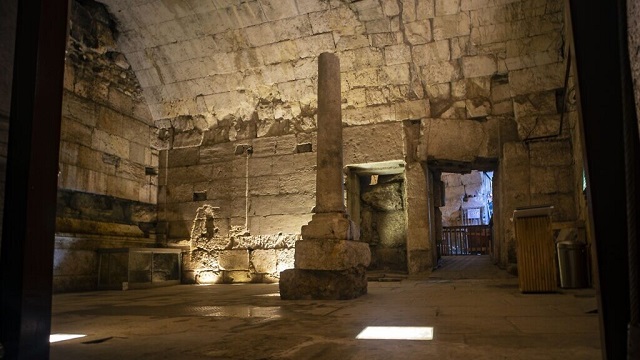 Reclining dining rooms were common in the Greek, Hellenistic, and Roman worlds from the fifth century BCE to the third-fourth centuries CE. They are known in the archaeological record from private homes, palaces, temples, synagogue complexes, and civilian compounds. Dining or feasting while reclining is mentioned as early as the Book of Amos – in the first half of the eighth century BCE – when the prophet rebukes the people of the Kingdoms of Judah and Israel.

Dr. Shlomit Weksler-Bdolach, Excavation director on behalf of the Israel Antiquities Authority, said, “This is, without doubt, one of the most magnificent public buildings from the Second Temple period that has ever been uncovered outside the Temple Mount walls in Jerusalem. It was built around 20–30 CE. The building, which stood along a street leading up to the Temple Mount, was used for public functions – it may even have been the city council building where important dignitaries were received before entering the Temple compound and the Temple Mount.”

“In the late Second Temple period, before the Temple’s destruction, extensive changes made throughout the area included alterations to the building, which was divided into three separate chambers. In one of the chambers, a stepped pool was installed that was used as a ritual bath.” 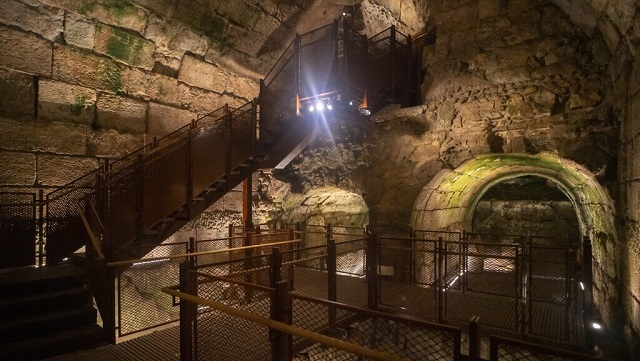 The structure was built circa C.E. 20 and was said to have been in use long after the Roman destruction of Jerusalem in the year 70 C.E.