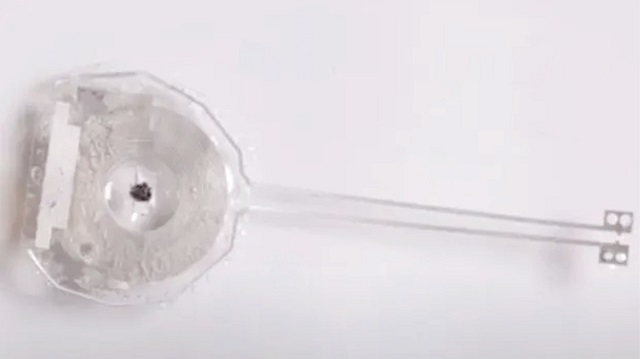 Scientists from Northwestern and George Washington universities (GW) have made a major breakthrough in heart treatments. They have developed the first-ever transient pacemaker — a wireless, battery-free, fully implantable pacing device that disappears after it is no longer needed. In other words, a person can have a disposable pacemaker implanted which will simply dissolve inside the body and does not even need electronic to operate.

Its development was led by John A. Rogers, the Louis Simpson and Kimberly Querrey Professor of Materials Science and Engineering, Biomedical Engineering, and Neurological Surgery in the McCormick School of Engineering and Feinberg School of Medicine, and the director of the Querrey Simpson Institute for Bioelectronics.
–

So why is this so important? Basically this means fewer invasive procedures for people who only need he aid of a pacemaker temporarily. It also spares the body the presence of metallic components wires, and a battery, all of which can be harmful.

The thin, flexible, lightweight device, explain the scientists, could be used in patients who need temporary pacing after cardiac surgery or while waiting for a permanent pacemaker. All components of the pacemaker are biocompatible and naturally absorb into the body’s biofluids over the course of five to seven weeks, without needing surgical extraction. 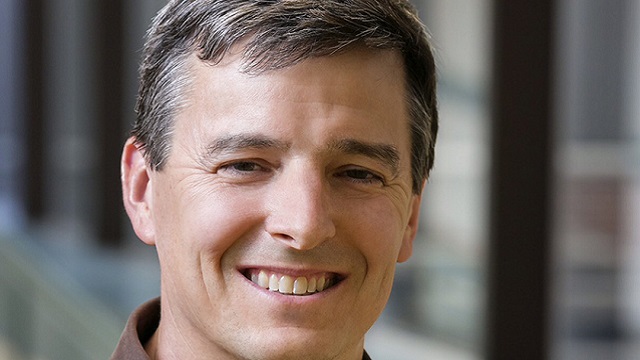 But how can the new pacemaker work without a battery?

Well the new device wirelessly harvests energy from an external, remote antenna using near-field communication protocols. The scientists say that this is the same technology used in smartphones for electronic payments and in RFID tags. This eliminates the need for bulky batteries and rigid hardware, including wires (or leads), they explain. Not only can leads introduce infections, they also can become enveloped in scar tissue, causing further damage when removed.

“Hardware placed in or near the heart creates risks for infection and other complications,” said Northwestern Engineering’s John A. Rogers, who led the device’s development. “Our wireless, transient pacemakers overcome key disadvantages of traditional temporary devices by eliminating the need for percutaneous leads for surgical extraction procedures — thereby offering the potential for reduced costs and improved outcomes in patient care. This unusual type of device could represent the future of temporary pacing technology.” 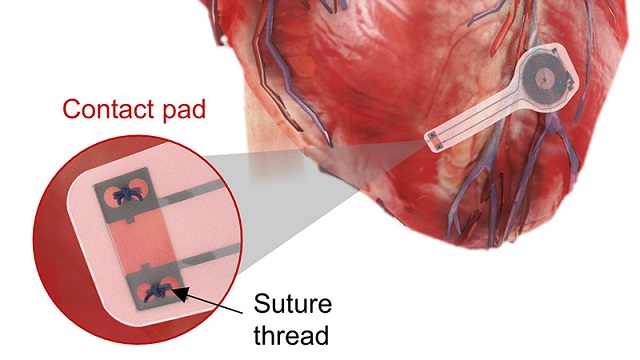 “Sometimes patients only need pacemakers temporarily, perhaps after an open heart surgery, heart attack or drug overdose,” said Rishi Arora, a cardiologist at Northwestern Medicine who co-led the study. “After the patient’s heart is stabilized, we can remove the pacemaker. The current standard of care involves inserting a wire, which stays in place for three to seven days. These have potential to become infected or dislodged.”

“The transient electronics platform opens an entirely new chapter in medicine and biomedical research,” said GW’s Igor Efimov, who co-led the study with Rogers and Arora. “The bioresorbable materials at the foundation of this technology make it possible to create whole host of diagnostic and therapeutic transient devices for monitoring progression of diseases and therapies, delivering electrical, pharmacological, cell therapies, gene reprogramming and more.”