Jerry Seinfeld loves Pop Tarts so much that he is making a movie about them for Netflix. The news comes as Comic turned Senator turned comic again Al Franken is holding a new comeback comedy tour. Meanwhile, Steven Spielberg has given $1 million to a Los Angeles education recovery fund.
–

So many stories and such little room – so let’s start with the silly one. You heard right! Jerry Seinfeld is set to both direct and star in a new movie about pop tarts called “Unfrosted.” Jerry is no stranger to Netflix. The streaming service is now home to his hit web interview series “Comedians in Cars Getting Coffee.”And Seinfeld also has two comedy specials which can be seen on Netflix, “23 Hours to Kill” and 2017’s “Jerry Before Seinfeld.”

“Unfrosted” is expected to be released some time in 2021. Unfortunately, we do not have much information about the content of the movie about the popular snack, which was first introduced back in 1964. Seinfeld said that when they first invented Pop Tarts, “the back of my head blew off.” His routine went on to talk about how odd it was that the food came in the same shape as the box and that it was protected in some sort of space age looking silver material in order to “protect them from gamma rays and Russian satellites that might shoot at them.”

There are two Pop Tarts per packet because, as Seinfeld explains, one is never enough and three are too many to fit in the toaster.

As for Al Franken, the man who is now considered by many to have been unjustly forced to resign from the U.S. Senate in 2017 over unfounded charges, is holding a new comedy tour in 15 cities. The new tour is called The 15-Stop Tour. Al Franken, who made his comedy bones on the original Saturday Night Live back in the 1970s, has also nicknamed the tour, “The Only Former U.S. Senator Currently on Tour Tour.” The tour, whatever name you wish to go by for it, will begin in Massachusetts in September.
–

Hey, tix for my 15-city nat’l tour go on sale today. My unique blend of comedy, political satire, and mime has been hailed by fans of comedy & satire & bitterly assailed by fans of mime!https://t.co/wpc7fIt1h2

“My promise is that you’ll laugh, you’ll think, and you’ll leave hopeful about our future. Unless I’m in a bad mood that night,” Franken tweeted in an announcement about presale tickets for the tour. Al Franken also added that his, “unique blend of comedy, political satire, and mime has been hailed by fans of comedy & satire & bitterly assailed by fans of mime!”

The tour will include dates in Milwaukee, Minneapolis, Dallas, Atlanta, Chicago and, of course, New York City. 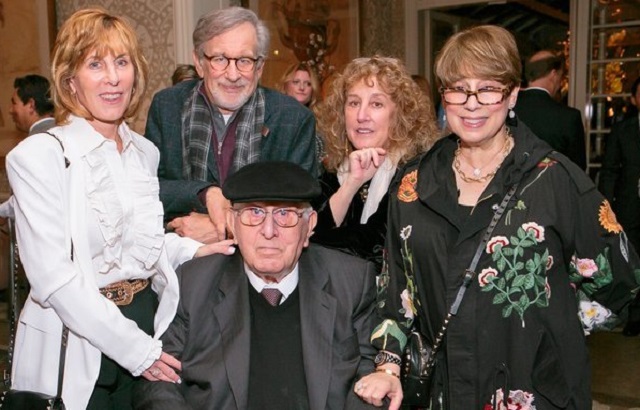 Finally, Deadline reported that Steven Spielberg and his wife Kate Capshaw have donated $1 million to the L.A. Education Recovery Fund. The fund is a collective philanthropic effort to help students most impacted by the pandemic make up for what was lost during school closures. The COVID-19 pandemic exacerbated preexisting inequities and widened the opportunity gap for low-income students in Los Angeles. The money raised goes to fund nonprofits providing direct programs and resources to the students most impacted by the pandemic. These nonprofits will provide comprehensive recovery support to make up for learning loss, provide access to enrichment, and support emotional healing.

Other donors to the fund include the Wasserman Foundation, the Ballmer Group and the Eli and Edythe Broad Foundation.