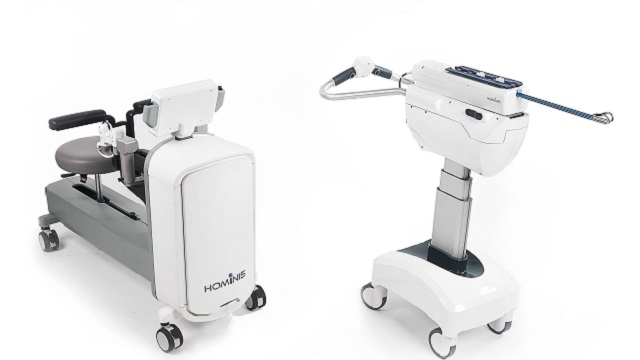 Israeli medtech startup Memic Innovative Surgery is a medical device company which develops new technology for robot-assisted surgery. The company just closed a $96 million Series D round of financing. The financing round was led by Peregrine Ventures and Ceros with participation from OurCrowd and Accelmed.

Memic declares that its mission is to transform robot-assisted surgery. Its main product is Memic’s Hominis surgical platform which features miniature, humanoid-shaped robotic arms with human dexterity, superhuman flexibility, and 360˚ articulation for various access configurations. The company states that this makes it ideal for minimally-invasive procedures that until now have been off-limits to robot-assisted surgery.

Hominis is the only FDA authorized product for transvaginal robotic surgery.

The new funding will support commercialization of the Hominis robotic-assisted surgical platform in the U.S. and potentially in other countries around the world as the company also plans to expand marketing and sales efforts outside the U.S. The financing will also support continued research and development efforts including expanding the company’s portfolio of products and manufacturing scaleup, as well as provide world-class customer support and training.

“The Hominis system represents a significant advancement in the growing multi-billion-dollar robotic surgery market. This financing positions us to accelerate our commercialization efforts and bring Hominis to both surgeons and patients in the months ahead,” said Dvir Cohen, co-founder and CEO of Memic.
–

With the LIBERTY Robotic System we are, “Aiming to eliminate the need for multiple disposables.” – Harel Gadot, $MBOT Chairman & CEO https://t.co/6BzSeBacVM pic.twitter.com/ttcaMrHOQO

The Hominis system received De Novo marketing authorization from the U.S. Food and Drug Administration (FDA) in February 2021 for use in single site, natural orifice laparoscopic-assisted transvaginal benign surgical procedures including benign hysterectomy. It is the first and only FDA-authorized surgical robotic platform that features miniature humanoid-shaped robotic arms that provide human level dexterity, multi-planar flexibility and 360 degrees of articulation. The biomimetic instruments are designed to replicate the motions and capabilities of a surgeon’s arms, with shoulder, elbow and wrist joints. Multiple instruments can be introduced to the body through a single portal and the 360-degree articulation offers obstacle avoidance as well as optimal access and working angles.

In addition to these features, the system will be sold at a significantly lower price compared to other marketed robotic surgery systems, potentially allowing more medical facilities including hospitals and ambulatory surgical centers to access and adopt surgical robotics.