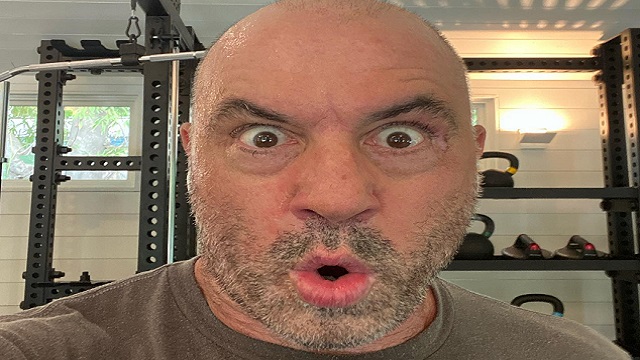 Joe Rogan is being censored by Spotify. The actor turned talk show host has had 42 of his episodes deleted by the service, reports Digital Music News.

Spotify is the exclusive platform for the Joe Rogan Experience, his official podcast. Podcasts are basically radio shows, but done independently of radio stations. They can be about anything, but are usually done as interview shows. The term was coined by Apple, of course, which originated the concept as part of its iTunes service. Nowadays, however, anyone can have one. The most famous and possibly most successful podcaster is probably Marc Maron who resurrected his career as a comic through his WTF show.

Now everybody has his own podcast. The new version of the old joke is that there will soon be a day when a third of all people will be lawyers, a third podcasters, and a third both.
–

So actors and comic like Joe Rogan were inspired to do the same. After paying his dues on the standup comic circuit, Rogan became famous for his role on the 90s sitcom “News Radio” He then hosted the prime time reality game show “Fear Factor” for more than a decade.

So why has Spotify been censoring Joe Rpgan’s show? Well there does not seem to be any one reason for the different episodes having been removed from its service. For example, all of the ones which feature Bulletproof Coffee founder Dave Asprey as a guest are gone. It is believed that these interviews were censored because Asprey espouses unfounded scientific theories and insists that his Bulletproof Coffee is healthy and that other coffee brands are not. On that point there could possibly be a problem here with making false claims which could leave Spotify open to a civil suit.

Seven different episodes featuring guest David Seaman have been cut as well as seven podcasts featuring Brian Redban. Digitl Music News thinks this may have been done because of excessive offensive language used on these shows.

Free speech activists will decry the censorship. And Joe Rogan has certainly been known to express controversial opinions on many subjects, to say the least. But Rogan did agree to the cuts of certain episodes when he signed his 4100 million deal with Spotify.

On one show Rogan said of Spotify, “They don’t give a f—k man. They haven’t given me a hard time at all. There were a few episodes they didn’t want on their platform, and I was like ‘okay, I don’t care’. But other than that, in terms of what I do in the future, the big test was having Alex Jones on.”