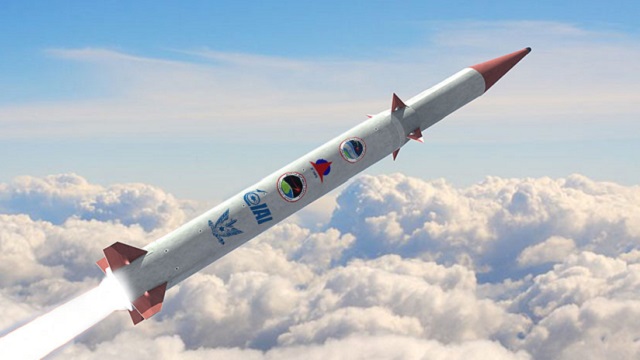 Israel’s Ministry of Defense has revealed that the country’s Israel Aerospace Industries will begin testing the new Arrow 4 missile in conjunction with the U.S. The new missile defense system will have upgraded capabilities and is said to protect Israel against future threats.

Israel Aerospace Industries will work in collaboration with Israel’s Elbit Systems as well as Boeing on the Arrow defense project.

Things have now come full circle. From once relying on and waiting for America to provide it with the latest in defense tech, Israel is now producing the cutting edge in military weaponry and provided some of that to the American military.

Israel has been at the forefront of missile defense development in the world for three decades now. The need dates back to the 1991 Gulf War when Iraq rained Scud missiles down on Israeli cities. At the time Israel relied on the American military to provide it with the protection of its Patriot missile batteries.

Israel then made two new milestones in January; it successfully tested MRSAM, Air & Missile Defense System and granted the United States military its permission to deploy an Iron Dome Missile Defense Battery in the Persian Gulf to check the military threat there posed by Iran. Iran is the main common enemy which both Israel and the U.S. face in the world today.

Arrow-4 will be an advanced, innovative interceptor missile with enhanced capabilities. It will address a wide range of evolving threats in the region and will replace the Arrow-2 interceptors over the next decades. Its development is led by the IMDO and the U.S. MDA, with IAI as the prime contractor for the development and production of the system and its interceptors.

“The development of Arrow-4 together with our American partners will result in a technological and operational leap forward, preparing us for the future battlefield and evolving threats in the Middle East and beyond,” Israel’s Defense Minister Benny Gantz said in a statement.

“I congratulate the Israel Missile Defense Organization, which is currently marking its 30th anniversary, as well as the U.S. Missile Defense Agency and Israel Aerospace Industries, thanks to which we are able to defend Israel’s home front,” he added.

US Missile Defense Agency director Vice Admiral John Hill said, “Arrow-4 is a cooperative program between the MDA and IMDO that illustrates US commitment to assisting the government of Israel in upgrading its national missile defense capability to defend the State of Israel from emerging threats.”

The Arrow Weapon System is a major element of Israel’s multilayered missile defense array. It includes advanced radar systems, developed and produced by IAI subsidiary, Elta. It also includes a BMC system developed by Elbit Systems, and a Launch Array including interceptors produced by MLM (a subsidiary of IAI). Arrow-2 is operational since the year 2000, providing endo-exoatmospheric defense. Arrow-3, an exoatmospheric missile defense system, was delivered for operational use in 2017. It serves as the upper layer of Israel’s multi-tier missile defense array. Over the past few years, both of the interceptors were upgraded, and demonstrated excellent capabilities during successful tests held in Israel and in Alaska, U.S.