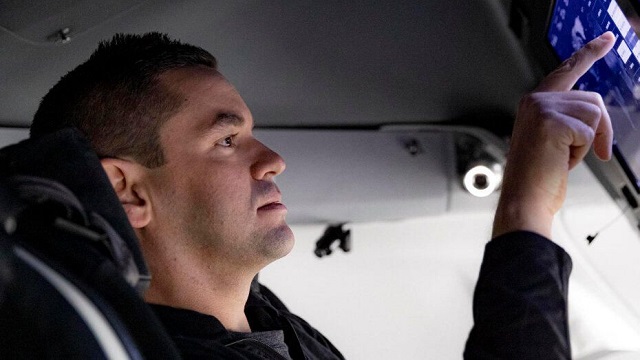 Jared Isaacman, the 37 year old billionaire founder of Shift4 Payments, is about to go where no man has gone before: He will be the first civilian non-astronaut to command a mission into space. Isaacman will take a SpaceX rocket on a four day operation called the Inspiration4 mission. Neither he, nor any member of the crew, will have had any training or experience from an official agency like NASA.

In this way the flight will differ from the first flight of private individuals into space to be made by Axiom Space. Israeli Eytan Stibbie is one of four men who paid $55 million apiece to take part in that mission. But the three men will be led by former NASA astronaut Commander Michael López-Alegría.

Forbes estimates Jared Isaacman’s worth at $2 billion. He started Shift4 Payments, which handles the payments for an estimated one third of hotels and restaurants in America, when he was just sixteen years old in 1999. Isaacman did the work in his parents’ basement in Far Hills, New Jersey.

“While a historic journey awaits us in space, I hope this mission reinforces how far inspiration can take us and the extraordinary achievements it leads to here on Earth.” – Jared Isaacman, Inspiration4 Commander pic.twitter.com/y41tsFJzNu

The flight is tentatively scheduled for October. The Inspiration4 mission will orbit the Earth, launching from historic Launch Complex 39A at NASA’s Kennedy Space Center in Cape Canaveral, Florida. It will launch on SpaceX’s Crew Dragon spacecraft. And the flight will also be a fundraiser for charity. It will raise awareness and funds for St. Jude Children’s Research Hospital in Tennessee. One crew member will be a cancer survivor and another a health care worker at St. Jude who has not yet been identified.

The final seat will go to the winner of a sweepstakes being held as a fundraiser for the hospital. A ticket costs just $10 and you can buy as many as you want.

Inspiration4 states that it will have four seats with each spot representing the mission pillars of Leadership, Hope, Generosity and Prosperity.

888 It’s a once-in-a-lifetime adventure: a journey into outer space on the first all-civilian space flight. Representing the worlds of science, commerce and humanitarianism, Inspiration4’s mission is to support the lifesaving work of St. Jude Children’s Research Hospital®️ while achieving a milestone in commercial space exploration.
–

.@tomcostellonbc talks to @elonmusk about SpaceX’s newly announced plans to send civilians into space, and tech entrepreneur Jared Isaacman, who will lead the crew.

The mission is part of a fundraising effort for St. Jude Children’s Research Hospital. pic.twitter.com/BQLGbTGkPB

We are all going to know each other incredibly well, long before we ever strapped into Dragon, I can promise you that,” said Jared Isaacman. If we’re going to continue making advances up there in space, then we have an obligation to do the same down here on Earth,” he added.
“We want to work towards a Jetsons-like world.”

Elon Musk stated, “This is an important milestone toward enabling access to space for everyone — because at first, things are very expensive, and it’s only through missions like this that we’re able to bring the cost down over time and make space accessible to all.”

“This is an important milestone toward enabling access to space for everyone — because at first, things are very expensive, and it’s only through missions like this that we’re able to bring the cost down over time and make space accessible to all,” said Musk.