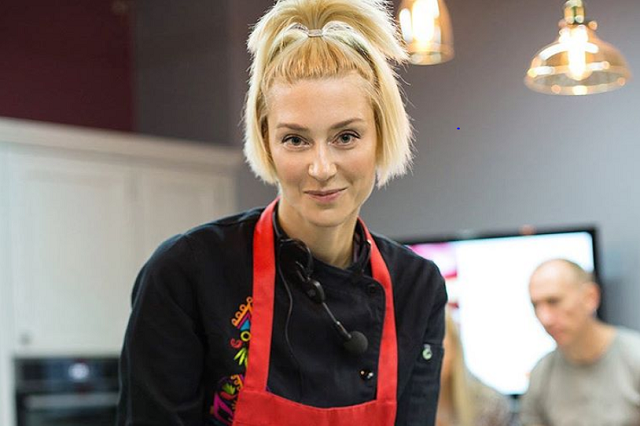 Fashion great Ralph Lauren has been sued by a Russian supermodel named Anastassia Khozissova for $20 million. But the good news is that his brand has been named the official outfitter for the Australian Open.

According to the New York Post, Khozissova filed a lawsuit over the unauthorized use of her photos in New York Superior Court. Ralph Lauren Corp. and HBO are both named as defendants.

Anastassia Khozissova, now 41, first went to work as a model for Ralph Lauren in 2004 when she was 25 years old. But ten years later she abruptly broke with the fashion line after purportedly discovering some sort of fraud scheme being perpetrated at the company.

The lawsuit claims that Ralph Lauren has continued to use her images without paying her royalties. HBO is included as a defendant because her photos were included in its documentary called “Very Ralph.” Khozissova also alleges in the suit that as a result of her ouster from Ralph Lauren she “suffered severely, including loss of sleep, lack of ambition, and a severe career crisis.”

As for the Australian Open, as its official outfitter Ralph Lauren will outfit all of the tournament’s on-court officials, including the AO ball kids and chair umpires. The grand slam tennis tournament will feature a specially-designed collection of apparel and accessories from the fashion brand.

The Ralph Lauren Australian Open uniforms are inspired by the fresh energy and playful spirit of the tournament. Supporting the Company’s commitment to sustainability, the fabric making up each item in the uniform – the Polo shirt, shorts, skort, and cap – will be made from yarn derived from recycled plastic bottles. The fabric will also have functional performance features, like a stretch, moisture-wicking properties, and UV protection, all constructed for active play.

The partnership will begin at the 2021 Australian Open. The Australian Open’s 2020 global viewing audience reached 900 million homes daily across more than 215 territories.

This is the third Grand Slam tournament in the Ralph Lauren portfolio, alongside Wimbledon and the US Open. Other prestigious sporting partnerships for the brand include the US Olympic and Paralympic teams, the PGA of America and the PGA Championship, the US Ryder Cup Team, the US Open Golf Championship and American Junior Golf Association.

“We are delighted to welcome Ralph Lauren to the Australian Open family and proud to partner with this prestigious global brand who have a role in some of the world’s biggest sporting events,” Australian Open Tournament Director Craig Tiley said.

“For over 50 years, the Polo brand has embodied a spirit of sporty elegance and we are thrilled to partner with the Australian Open, adding this iconic event to Ralph Lauren’s incredible portfolio of sports partnerships,” Ralph Lauren Chief Innovation and Branding Officer and Vice Chairman of the Board, David Lauren said.

In this article:Ralph Lauren, Finance