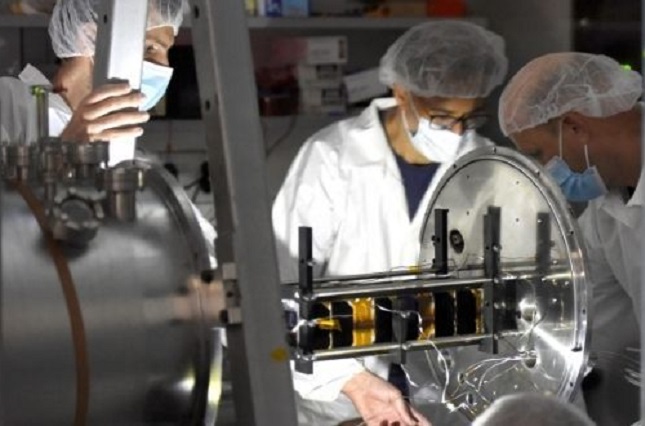 Israel’s Tel Aviv University has built its very own very small satellite, which will soon be launched it into space.

Dubbed the TAU-SAT1, it is a research satellite which will conduct several experiments while in orbit, including the measuring of cosmic radiation in space.

So what is a nanosatellite anyway? Basically it’s a really, really small satellite which weighs between 1 to 10 kilograms or 2.2 to 22 pounds also known as CubeSats.

So why does anyone need such a small satellite, you ask. Well first of all they are a lot cheaper and easier to make than the traditional big communication satellites. And they were first developed as a project for students to learn how to build their own.

But the advantage of the small mass means that Nanosatellites can circle the Earth at very low orbits. This is because the more something weighs the more likely the object will be brought down to the surface of the Earth to closer that it gets to the planet. So regular satellites must have much higher orbits so that they can stay up in space.

TAU-SAT1 was devised, developed, assembled, and tested at the new Nanosatellite Center, an interdisciplinary endeavor of the Faculties of Engineering and Exact Sciences and the Porter School of the Environment and Earth Sciences.

It will be launched into space on a NASA and Northrop Grumman resupply spacecraft destined for the International Space Station in the first quarter of 2021.

Once at the station, a robotic arm will release TAU-SAT1 into a low orbit of approximately 400km (250 miles) above the Earth. 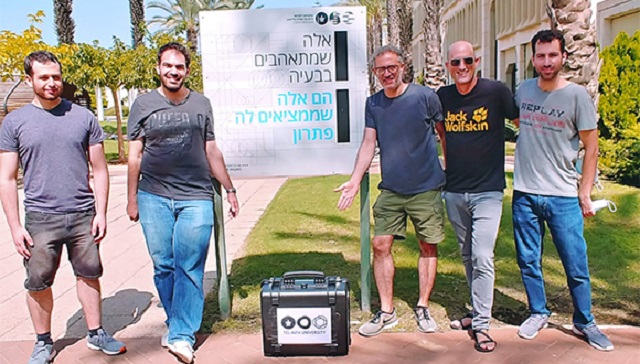 That’s another advantage of Nanosatellites: Not only can they be added easily to other payloads going into space, but they can also be brought inside the space station and checked out before being placed into orbit.

“We know that that there are high-energy particles moving through space that originate from cosmic radiation,” says Dr. Meir Ariel, director of the university’s Nanosatellite Center. “Our scientific task is to monitor this radiation, and to measure the flux of these particles and their products. It should be understood that space is a hostile environment, not only for humans but also for electronic systems. “

“When these particles hit astronauts or electronic equipment in space, they can cause significant damage. The scientific information collected by our satellite will make it possible to design means of protection for astronauts and space systems. To this end, we incorporated a number of experiments into the satellite, which were developed by the Space Environment Department at the Soreq Nuclear Research Center.”

In the last few years Tel Aviv University has been working on establishing a Nanosatellite Center to build small “shoebox” size satellites for launch into space.

“We are seeing a revolution in the field of civilian space”, explains Prof. Colin Price, one of the academic heads of the new center. “We call this new space as opposed to the old space where only giant companies with huge budgets and large teams of engineers could build satellites.

“As a result of miniaturization and modulation of many technologies, today universities are building small satellites that can be developed and launched in less than 2 years, and at a fraction of the budget in the old space”, Price continues. “We have just completed the building of Tel Aviv University’s first nanosatellite, and it is ready for launch.”