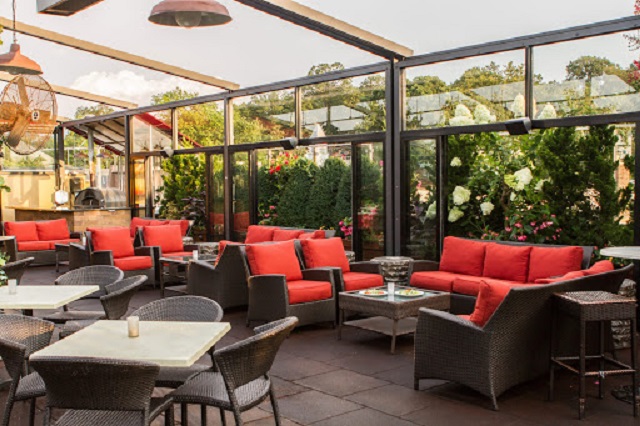 Il Bacco, an Italian restaurant in Queens, has taken the lead in a $2 Billion class action suit against both New York State and the City over its Covid-19 closures policy, The Commercial Observer has reported. The restaurant is fed up with the continued forced closure of indoor restaurant service. For months now only outdoor seating and take away services have been allowed at New York City restaurants.

Americans seem to be getting fed up with all of the Coronavirus restrictions. Not every state or municipality in the United States has imposed strict guidelines and closures due to the Covid-19 crisis. Anyone traveling through the country today will need a special guidebook to know what they can or cannot do in a given state or town.

Many small business owners throughout throughout the country have already been closed to shut their doors for good and many more fear bankruptcy. And the big issue here is that this is only a city policy and if Il Bacco were located just down the street then it would be in New York’s Nassau County where the rules are different. Such close proximity and different regulations mean that New York City businesses are losing customers to the suburbs.

The law suit sates that, “Plaintiff is losing all of its customers to restaurants in Nassau County and is suffering irreparable harm as a result. There is absolutely no science that will prove that indoor dining is safer one city block east from plaintiff’s restaurant.”

But those in government counter that such extreme measures were absolutely necessary to stop the spread of the Corona Virus. This was especially so in the New York area which was hit hard by Covid-19. And the real proble

Rich Azzopardi, a senior adviser to New York State Governor Andrew Cuomo, said in a statement.“The bottom line is that New York City was hit the hardest and the governor took action to reduce infections in the areas that were driving clusters in other large cities around the country. We understand that some people are unhappy, but better unhappy than sick or worse.”

It was when Giuseppe was sitting in a Florence Cafe making careful observation of his surroundings when the epiphany occurred to him to launch a Cafe of his own in the heart of Manhattan. The idea marinated in his mind for the remainder of his trip and upon return, he put idea into action. His first Cafe was a small Gellato shop called “Firenze.” Winter came fast and upon some advice, Firenze went from a small Gellato shop to an authentic Cafe. From that point on, the cafe grew exponentially. Giuseppe decided he wanted to start a family. In 1987, six months before he got married to his wife, he sold Firenze. Giuseppe went into construction and upon having his children, he knew in his heart that he had to follow his passion. 4 years later, he returned to the restaurant business and in 1992, Il Bacco was born.

Twenty five years later, Il Bacco has been going strong with a strong loyal clientelle and passionate employees. Who would’ve thought a young boy from Italy who once shined shoes would become a powerhouse in the restaurant industry? This is what hard work is all about.

Giuseppe Oppedisano is the acclaimed pioneer of Il Bacco Restaurant. A true innovator. His success as a restaurant entrepreneur was hard earned through sacrifice, diligence, and perserverance. Success didn’t come easy. He manifested his destiny through sheer determination. It is for this reason why he’s beloved by the community and all of his employees.

He was raised in humble beginnings. Born in Reggio Calabria in the the Southern region of Italy in 1958, Giuseppe moved to the United States when he was 13 years old. When his family came to New York in 1971, they settled in Queens. Giuseppe is no stranger to labor. While in high school, he worked as a shoe shiner, pizza boy, and food market employee…just to name a few. After high school he took a job as a Taxi Driver in Manhattan. He knew he needed a change. He sought to find his purpose. So in his early 20’s he set out for Florence, Italy. It is here where he re-discovered his ancestory roots and fell in love with the way of life.