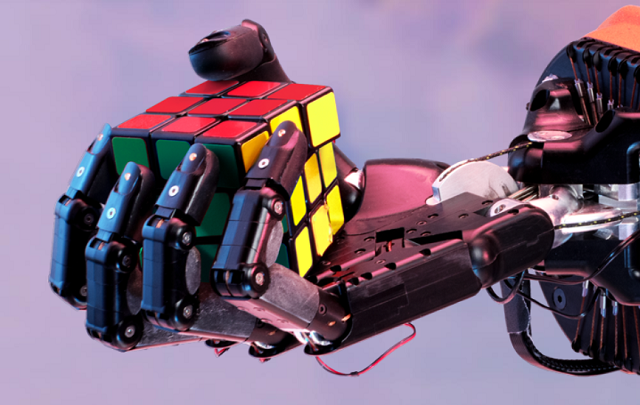 OpenAI has created an artificial intelligence program called GPT-3. GPT stands for “generative pre-training.” It is, in effect, a man-made neural network which is something like what the human brain is. The company boasts that GPT-3 is able to write different types of text that read like they were written by people.

In June the company announced, “We’re releasing an API for accessing new AI models developed by OpenAI. Unlike most AI systems that are designed for one use-case, the API today provides a general-purpose “text in, text out” interface, allowing users to try it on virtually any English language task. You can now request access in order to integrate the API into your product, develop an entirely new application, or help us explore the strengths and limits of this technology.”

AI, artificial intelligence, is not just a subject for science fiction books anymore. It is becoming more and more of a reality. Machines which can operate themselves, self-driving cars, virtual assistants which speak to you, like Siri, and much more surround us already. But some people fear the dark side which will lead to humanity’s destruction like in the movies “The Terminator” and “The Matrix.”

Open-source software is the way of the future. At least that is what its enthusiasts say. The most notable example is the Unix operating system, which is an alternative to Windows. Its users brag about how little virus problems it suffers from. But that is probably only because it has so few users that it’s not worth hackers time to attack it.

Now put the two together and you get OpenAI.

GPT-3 will be able to write texts and answer emails. So beware if you work in a call center or Internet-based customer service. Your jobs may soon go the way of the blacksmith.

Based in San Francisco, OpenAI is an AI research and deployment company. OpenAI declares it mission to be mission is to ensure that artificial general intelligence (AGI)—“by which we mean highly autonomous systems that outperform humans at most economically valuable work—benefits all of humanity. We will attempt to directly build safe and beneficial AGI, but will also consider our mission fulfilled if our work aids others to achieve this outcome.”

GPT-3 is going to change the way you work.

The days of spending hours a day emailing are over!!!

“With GPT-3, I built a layout generator where you just describe any layout you want, and it generates the JSX code for you”

“I just used GPT-3 to generate code for a machine learning model, just by describing the dataset and required output.”

I want to see an experiment where GPT-3 is given programatic access to a web browser.

Here it is completing a basic task for me (I’m in bold). pic.twitter.com/dDUTghxlwc

“I got GPT-3 to start writing my SQL queries for me p.s. these work against my *actual* database!”
OpenAI is governed by the board of the OpenAI Nonprofit, which consists of OpenAI LP employees Greg Brockman (Chairman & CTO), Ilya Sutskever (Chief Scientist), and Sam Altman (CEO), and non-employees Adam D’Angelo, Holden Karnofsky, Reid Hoffman, Shivon Zilis, and Tasha McCauley.

Its investors include Microsoft, Reid Hoffman’s charitable foundation, and Khosla Ventures. We feel lucky to have mission-aligned, impact-focused, helpful investors!

In this article:Finance, Reid Hoffman