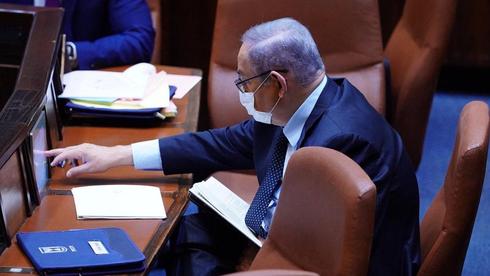 Prime Minister Benjamin Netanyahu is not partial to giving out credit.

Ministers, Likud officials and other people who have worked with him over the past three decades all tell tales of similar modus operandi on his part: Taking credit for success, finding a fall guy for failure.

While this is simply human nature, Netanyahu’s problem is that he has elevated this common trait into an art.

One does not need to be leftist or anti-Netanyahu to hear such testimonies about his character. One could simply ask those affiliated with the Likud who know him up close and personal.

The State of Israel had a successful decade of economic growth and prosperity. Some of these achievements are attributed – and rightfully so – to Netanyahu.

But alongside a sense of success and a carefully cultivated image of a once-in-a-generation leader, Netanyahu refused to nurture another leader, heir apparent or gifted politician to stand by his side.

Every time someone rose in the Likud ranks or the right-wing bloc whom Netanyahu felt was a threat to his position, that person found themselves politically annihilated.

The Likud’s own Gilad Erdan has been dispatched to the UN in New York – because according to Netanyahu, he failed to deliver the goods as public security minister.

Gideon Sa’ar, who was by Netanyahu’s side at Likud’s nadir in opposition, was left out of the current government as a personal revenge for having the temerity to run against the prime minister in the party’s leadership race.

Yamina’s Naftali Bennett was driven into the opposition due to Netanyahu’s personal and familial issues with him.

In the word’s of Bennett’s wife, Gilat: “The country is of no interest to Netanyahu. Just as long as nobody is more beloved more than he.”
Both Bennett, a self-made high-tech millionaire, and Meretz MK Yair Golan, a former IDF deputy chief of staff, even offered to quit politics to dedicate themselves to the fight against the coronavirus.

But Netanyahu simply found it impossible to rise above his personal grudges against Bennett and do the right thing. After a decade of accomplishments and a sense of pride in his achievements, Netanyahu now leads the country in its most brutal and painful campaign to date.

Brutal not because of a surprise attack by hostile forces, a wave of terrorism or an Iranian threat, but because this economic and health battle is unfolding amid utter bedlam.

Netanyahu finds himself standing alone. There is no one to share the burden and there is nowhere to hide.

Take for instance the infighting he has fostered within Likud. Netanyahu appointed Israel Katz as finance minister, but is actually taking advice from the person he intended for the post during the last election campaign, former Jerusalem mayor Nir Barkat.

For this is how he likes it – divide and conquer.

The economy barely survived the first wave of the coronavirus, and it’s anybody’s guess where the second wave will lead Israel.
Netanyahu is now paying a political price for a decade of complacency.

He torpedoed any alternative for brave leadership who could stand by his side. The great and the good have jumped ship or been sidelined.
Now, Netanyahu stands alone during his – and Israel’s – darkest hour.