Pregnancy is an exciting time, but it’s also a worrisome one. So many things can go wrong, although in most cases the concerns of new parents will turn out to be unfounded.

In a country like Israel, where the birth rate in 2016 was 3.11 per woman – the highest in the OECD (Organisation for Economic Co-operation and Development) countries – it’s no surprise that innovators are looking for technologies to take some of the worries out of pregnancy and give a greater measure of control to expectant mothers.

As Dr. Josef Tovbin, chief of labor and delivery at Assuta University Hospital in Ashdod, put it: “I believe at-home solutions can save a lot of time and worry, and reduce the number of unnecessary hospital visits.” 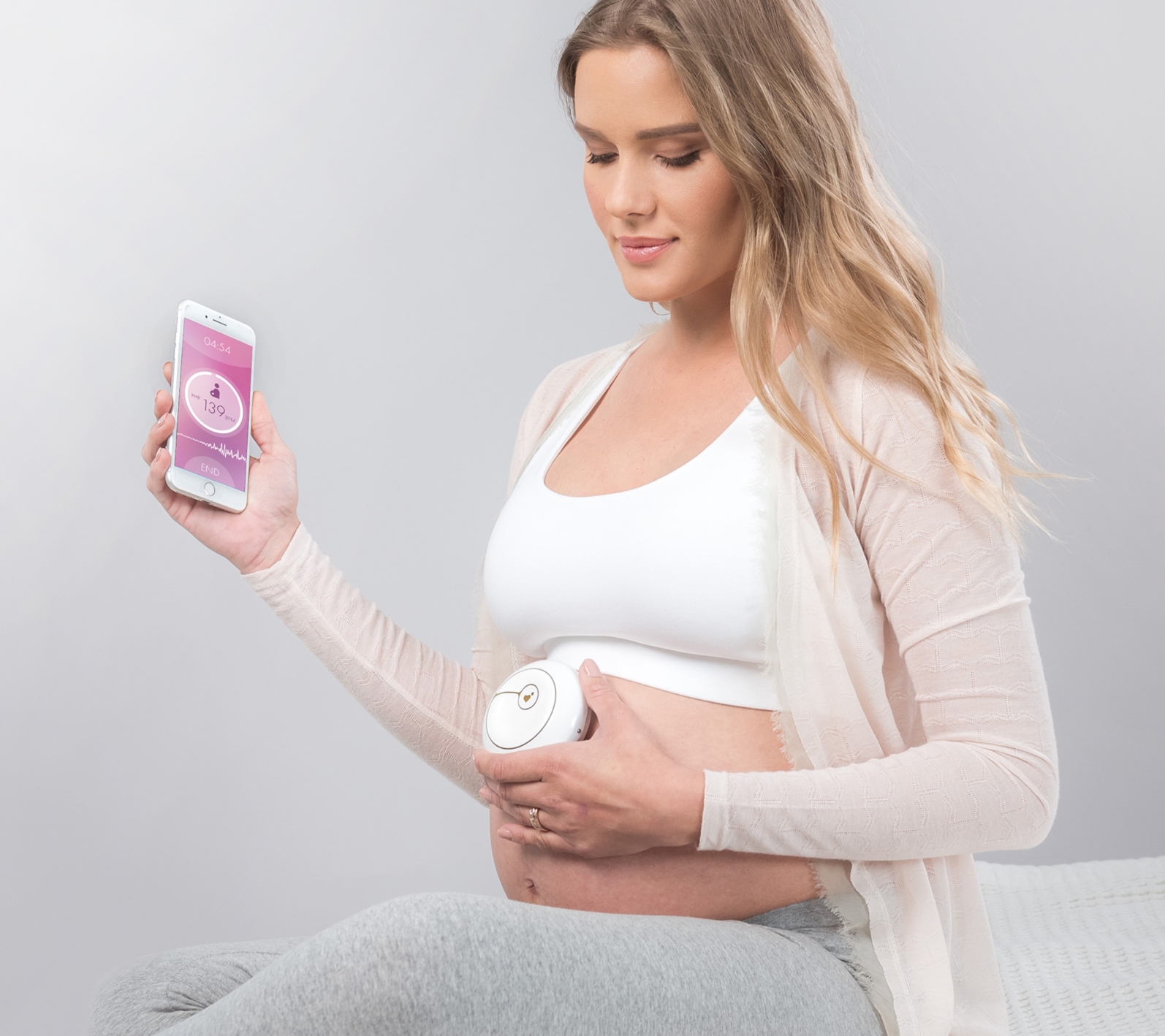 When David Groberman’s wife was pregnant with their third child, concerns sent the couple scurrying from one medical appointment to the next. Their baby turned out to be fine.

But the anxiety, stress and inconvenience led Groberman, a mechanical and biomedical engineer, to cofound HeraMED, whose first product is HeraBEAT, a smartphone-based fetal heartbeat monitor for home use.

Expectant mothers can use HeraBEAT’s proprietary handheld Doppler ultrasound device to monitor their fetus’ heartbeat and share that data securely via a smartphone app on the cloud with an authorized healthcare provider – without leaving home or office.

The device is manufactured in Israel and so far is available in Israel, the UK and Australia. Ahead of US Food & Drug Administration approval, clinical trials are in progress in Israel, UK, Australia and US.

The Mayo Clinic, one of HeraMED’s shareholders, is testing HeraBEAT as part of its OB Nest program, which relies on self-monitoring tools for pregnant women at low risk of complications.

Other pregnancy monitoring tools are in HeraMED’s pipeline. Now being co-developed at the Mayo Clinic, Orion uses artificial intelligence to analyze pregnant patients’ medical records in order to identify existing and new risk factors for possible complications before they become a problem.

Founded in 2014 and fresh out of stealth mode, PulseNmore is another Israeli startup in the field of telehealth ultrasound monitoring for pregnancy.

The first product, Instinct, will be an at-home handheld ultrasound system enabling women to record and send images to their healthcare provider, enabling their physician to evaluate critical parameters including fetal position, cardiac activity, placental location, amniotic fluid and certain biometric measurements. The system is not intended for the detection of physical abnormalities.

Instinct is expected to cost no more than $300, as compared to hospital ultrasound devices that cost tens of thousands of dollars. The device is designed to last through one pregnancy, providing either 25 or 50 scans.

PulseNmore eliminated several expensive elements of the standard ultrasound device, such as its computer and screen, and redesigned from scratch other elements including the transducer. The user’s smartphone provides the initial computational power, screen and connectivity; the images are further analyzed in the cloud using artificial intelligence and sent to the physician.

“Our goal is to increase peace of mind and reduce unnecessary visits to the emergency room and allow women to feel more confident during their pregnancy,” says Lior Lurie, director of business development.

“Over 1 million pregnant women visit emergency rooms in the US each year because their clinic or doctor’s office is closed, with 73 percent of such ER patients discharged within two to three hours.”

The company, based in Omer near Beersheva, is currently negotiating a supply agreement with an Israeli HMO to launch next year, and is in discussions with otherHMOs in Israel and abroad.

“Preterm birth is the leading cause of newborn death and illness worldwide. We obstetricians are at a loss in treating and preventing preterm birth,” says Dr. David Shashar, a senior obstetrician from Sheba Medical Center in Tel Hashomer and CEO of PregnanTech.

One in 10 babies worldwide is born preterm, between 24 and 37 weeks into gestation. That’s 15 million newborns a year, of which 1 million will die and 1 million will suffer from substantial disabilities. In addition to the heartbreak, thisis a huge financial burden on the healthcare system.

Working with a colleague and engineers from Trendlines Labs medical-device incubator at Misgav, Shashar established PregnanTech in 2018 to develop “a small and smart solution” named Lioness enabling women at risk for spontaneous preterm birth to deliver their babies at term.

The disposable, patented silicone ring, inserted vaginally in a two- to three-minute procedure in the doctor’s office or clinic, surrounds the uterine cervix and prevents early shortening or dilatation of the cervix despite uterine contractions. Lioness is removed when the pregnancy is safely close to term.

“We are starting our first safety clinical study in non-pregnant women and next year we intend to conduct our first study in pregnant women at risk of preterm birth at King’s College Hospital, London. We will start marketing in 2022,” Shashar tells ISRAEL21c.

PregnanTech received seed funding from the Israeli Innovation Authority and is now reaching out to investors.

Nuvo Group founder Oren Oz started out in 2007 designing a wearable for pregnant women that sent musical sounds to the fetus. In 2013, when his wife needed constant monitoring for a high-risk pregnancy, he pivoted to develop the Invu maternal-fetal monitoring system using central and acoustic sensors.

Indicated for women who are in their 32nd week of gestation or later, Invu measures markers of fetal and maternal wellbeing from metrics including fetal movements, fetal heart rate, maternal heart rate and uterine activity, using surface electrodes.

“Pregnancy monitoring technology has changed little in the past 30 years, putting it at odds with the expectations and needs of today’s expectant parents and health professionals. Current approaches fail to provide the continuous, real-time access to information that digital natives – parents and physicians alike — have come to expect,” said Oz.

“We hope to challenge this status quo with a wireless wearable system that will record both fetal and maternal parameters noninvasively and continuously.”

The product currently is under US Food and Drug Administration (FDA) review and was one of 10 Israeli digital-health solutions chosen to present at the Global STL Health Innovation Summit in St. Louis, Missouri.

Invu would be sold only to medical practitioners and loaned to expectant mothers on a prescription basis.

In this article:Health, technology, Finance, pregnancy