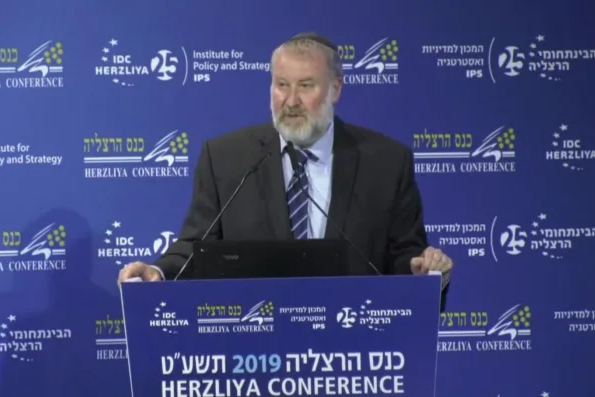 Attorney General Avichai Mandelblit called on Sunday to preserve the independence and strength of the judicial system, against the background of recent criticism.

“We sometimes encounter instances of governmental corruption, and we are determined to deal with them with full force,” Mandelblit said in his speech at the Herzliya Conference of the Institute for Policy and Strategy at IDC Herzliya.

“However, the State of Israel is not a corrupt state, precisely because it has independent, effective law enforcement systems that fight governmental corruption.”

In his speech, Mandelblit said that “a sense has emerged among the public that there is a real and tangible threat to the legal security of the state.   This feeling stems from a number of parallel processes, the common denominator of which is an attempt to significantly weaken the institutions whose job it is to protect and defend the legal security,” he said, adding that some actions seek to delegitimize the legal and legal systems. And there is also an array of initiatives to change the rules of the game according to which the legal and judicial systems operate while attempting to weaken the legal status and law enforcement, independence and effective ability to ensure the rule of law in the country.

Mandelblit continued: “We are not talking about any other change in the working methods of the legal and judicial bodies, or in the balance of power between them and the executive and legislative authority, but in actual erosion of what I define as the lines of defense that during the 71 years of state independence The legal security of every person in the country. ”

“Unfortunately, the basic principles of the rule of law, first and foremost the principle of equality before the law, have suddenly become a legitimate question for discussion and examination,” the attorney general added.

“The processes I am talking about in order to weaken the legal and legal systems have become so prominent and tangible that many in the Israeli public have realized that a major component of the country’s national strength is liable to face a significant weakening , And therefore, there have been many voices now opposing the delegitimization process and calling for the cessation of these initiatives. ”

Mandelblit emphasized: “The need to protect the legal security of the citizens of the state does not mean that the legal and legal systems should be immune to criticism or change. On the contrary, the existence of substantive criticism and changes intended to strengthen these systems are a cornerstone of public trust. We are open to criticism, we are open to a discussion of changes, but we stand as a wall in the face of acts of systemic and personal delegitimization and against attempts to weaken the rule of law by undermining the authority of the systems whose job it is to protect. ”

“One of the recent initiatives to weaken the status and role of the attorney general has sought to prevent him from presenting the court with a legal position that does not exactly match the position of the political echelon.

“In those exceptional cases where there is no choice but to state that the decision of the political echelon does not meet the legal criteria, in view of its violation of human rights or other basic principles, the legal security of the citizens of the state requires that the attorney general be able to appear in the legal process and express his professional position in loud and clear. “