Two new Earth-like planets near one of our closest neighboring stars discovered by an international research team in the participation of Israeli scientists, led by the University of Göttingen.

The two Earth-like planets orbit a small and close star (Teegarden’s Star, one of the 40 stars closest to the sun, from hundreds of billions of stars in our galaxy).

Both planets have only 1.1 times the Earth’s mass. Its “Year” is of 4.9 and 11.4 days – which places them within the so-called habitable zone, where water can be found on the surface of the planets. 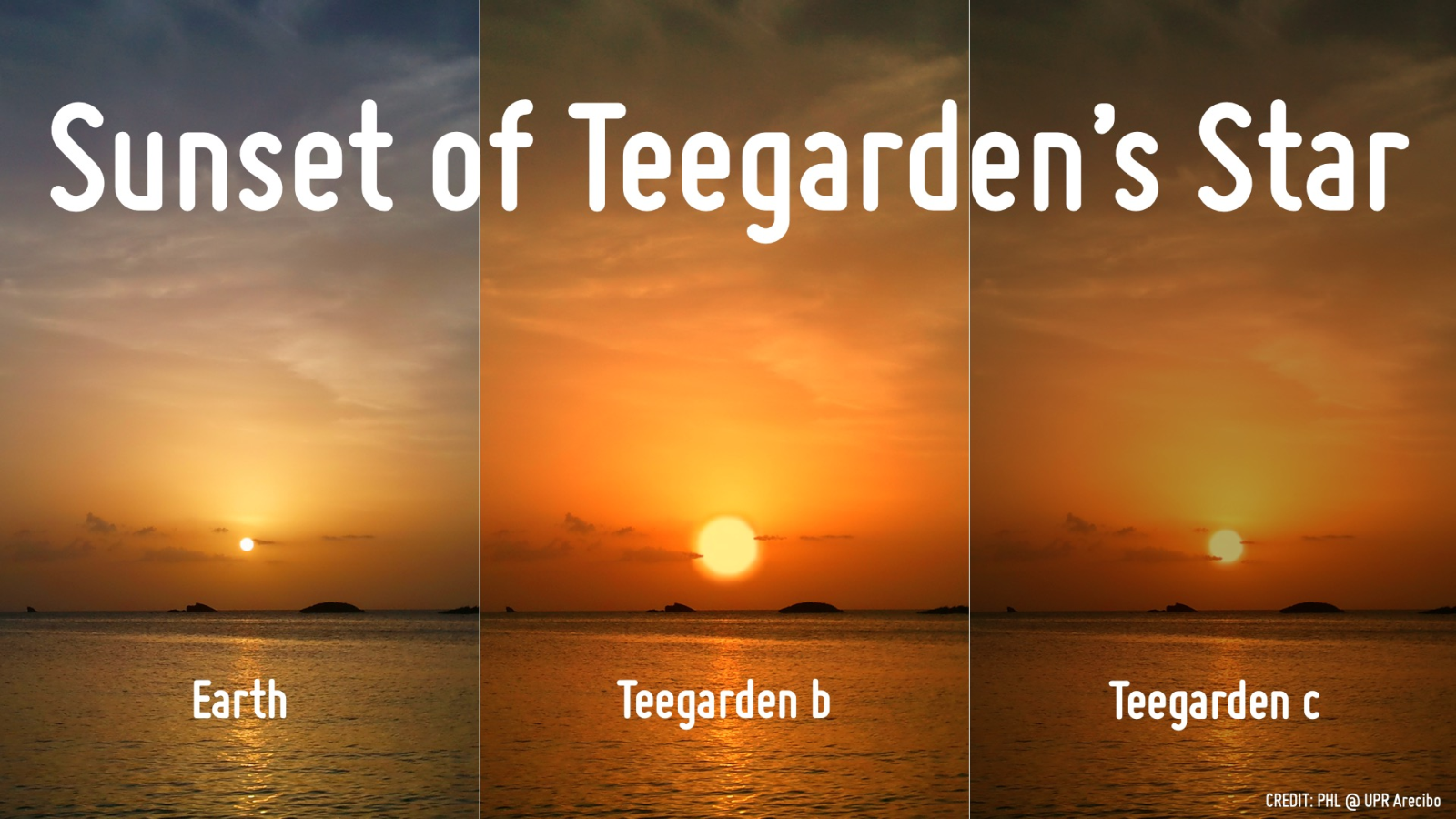 It is only about 12.5 light years away from Earth and is one of the smallest stars existing. It is only about 2700 °C warm and about ten times lighter than the sun. Although it is so close to us, the star was only discovered in 2003. The scientists observed the star for about three years.

The reason for the later discovery is that the star, despite its proximity, is relatively pale in visible light: it is a very small red dwarf star, most of whose light is emitted by infrared radiation. These characteristics made us add the star to the list of goals of the CARMENES Planet Search Survey – a survey focusing on red dwarfs.

Within the framework of CARMENES, a dedicated device capable of making accurate measurements even for red dwarf stars was built in order to detect planets around them. The instrument actually measures the speed of the star with great accuracy, and it is possible to see if there is another body (or more than one) that draws the planet back and forth, cyclically and affects its velocity – thus concluding the existence of the planets. 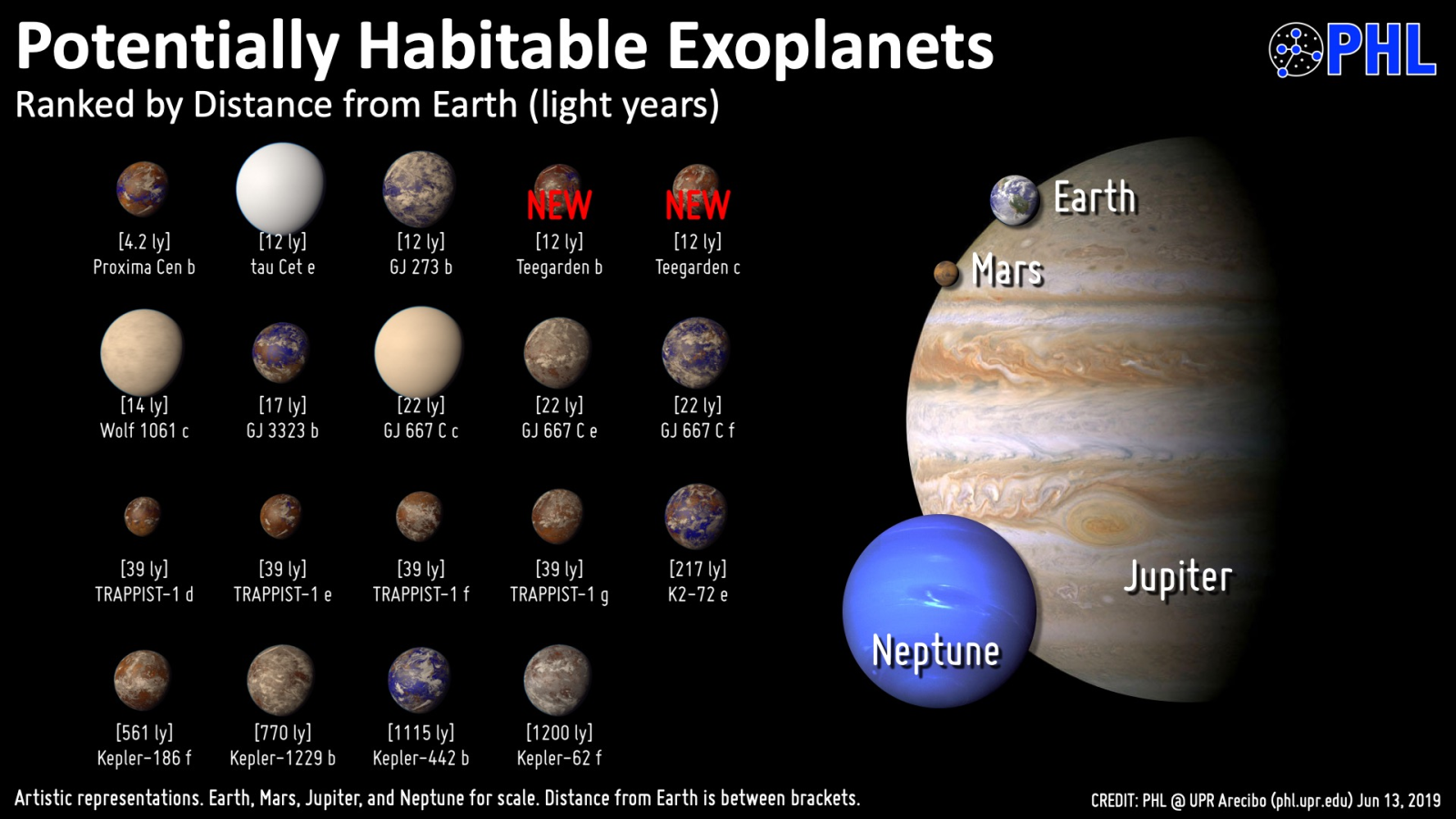 “The two planets resemble the inner planets of our solar system,” explains lead author Mathias Zechmeister of the Institute for Astrophysics at the University of Göttingen. “They are only slightly heavier than Earth.”

The astronomers suspect that the two planets could be part of a larger system. “Many stars are apparently surrounded by systems with several planets,” explains co-author Professor Stefan Dreizler. Teegarden’s star is the smallest star where researchers have so far been able to measure the weight of a planet directly.

Although planetary systems around similar stars are known, they have always been detected using the transit method – the planets have to pass visibly in front of the star and darken it for a moment, which only happens in a very small fraction of all planetary systems. Such transits have not yet been found for the new planets. But the system is located at a special place in the sky: From Teegarden’s star you can see the planets of the solar system passing in front of the sun.

“An inhabitant of the new planets would, therefore, have the opportunity to view the Earth using the transit method,” says Reiners. The new planets are the tenth and eleventh discovered by the team.”

The device, as well as the survey that uses it, are both the result of German-Spanish cooperation, in the participation of Israeli scientists Dr. Aviv Ophir of the Weizmann Institute of Science and postdoctoral fellow, Dr. Lev Tal-Or, Tel Aviv University.