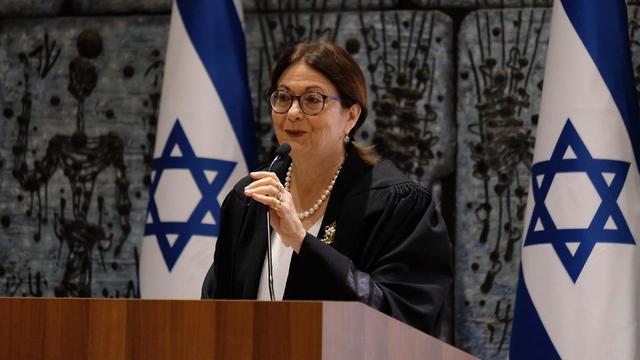 Dozens of senior Israeli lawyers are expected to meet tomorrow afternoon in order to formulate a campaign to defend the justice system.

This is a first-rate organization of lawyers who feel that the current moves – including the expansion of the “lifting clause” that will allow the Knesset to re-enact laws that the High Court has invalidated – lead to damage to the foundations of democracy and Israeli society.

The meeting was initiated and convened by Adv. Zvika Bar-Natan, Partner and Head of the Commercial and International Litigation Department at Goldfarb-Seligman. “We are fighting for the core of our values. If we do not vigorously defend the rule of law system and our fundamental values ​​as a liberal democracy, no one will. This is not a matter of right and left, and certainly not a struggle of supporters of the current regime or its opponents. This struggle is devoid of political nuance and should be shared by all the citizens to whom this state is dear. We recognize the legitimacy of the government, but firmly deny the legitimacy of acts and actions designed under the law to topple the rule of law, out of personal and populist needs. As far as we are concerned, it will not happen and we will not be able to do it. In this crooked way, those who seek to topple the rule of law will meet a united and steadfast struggle front. ”

Attorney Gissin notes: “We are organizing for a long and gradual campaign. The actions considered include the establishment of a physical guard of dozens of lawyers around the Supreme Court under the slogan: ‘You will have to pass us!’ ” It was also announced that a bank account had been opened for donations from lawyers and offices to finance the campaign, and so far tens of thousands of shekels had been taken into account.

Bar Natan published a Facebook post a few days ago: “I hereby publish a call to all lawyers and lawyers in Israel, that the rule of law and Israel as a liberal democracy are dear to their hearts. Take a strong protest against the intention of the coalition parties to enact laws designed to reduce the judicial review of the High Court of Justice on governmental actions and actions, in order to preserve the survival of the government itself. For us, public lawyers, have a deep duty to defend the rule of law and the independence of the judicial system. Do not hold on again. ”

The new campaign continues the declaration of defense – the defense of the independence of the judicial system published in the press by dozens of lawyers from the leading ministries in Israel in March, before the Knesset elections.

The lawyers noted that “a legal system that is independent, strong, and is not subject to political influence is a necessary element of any proper democratic regime, which is the difference between democracy and tyranny of the majority.” “He said.

Attorney Guy Gissin told Calcalist: “This is the organization of a wide range of first-rate lawyers who feel that the current processes are leading to damage to the foundations of democracy and Israeli society. This is an authentic and wide-ranging cry of jurists from all parts of Israeli society, who see what is happening and can not remain silent anymore.

What is happening is personal legislation led by politicians suspected of criminal activity, whose sole purpose is to extricate anyone from the fear of justice for reasons of power and the protection of the chair. It is a process of erudanization that contradicts the principles of freedom, justice and equality on which the state was founded.

One must only look at the Declaration of Independence and recall: The State of Israel will be founded on the foundations of freedom, justice and peace as envisaged by the prophets of Israel. The current moves are precisely damaging to these principles. Given the developments and the progress of the anti-democratic processes, it would be appropriate to consider disabling the protest of the entire judicial system. It is in our power: we have the knowledge and the means and we do not need favors from any politician. If the Bar does not do anything for political reasons or considerations of influence and power, we will do it ourselves. We will be ‘the court guard – the new version.’ ”

This article was first published in Calcalist by Lital Dubrovitsky