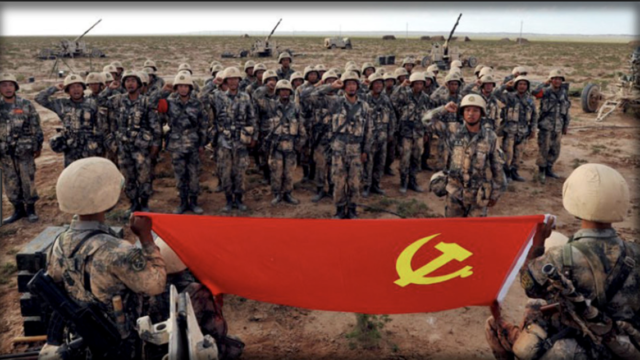 When a senior Israeli security official was recently asked who will rehabilitate Syria, ravaged by a decade-long civil war, he replied without hesitation – the Chinese. This has been the prevailing assumption among the high-profile Israeli security experts over the past two years, and it’s no longer just an academic assessment.

This development requires the Israeli government to prepare for a new Middle East in which China plays a key role. Israel’s research and assessment institutes – both governmental and military – should have already made plans for what happens once China establishes its presence on Syrian territory. The Israeli government, however, seems to make decisions after the damage is already done.

Back in 2015, Israel allowed a Chinese company to operate parts of the Haifa port for the next 25 years, with an option to extend it for another 25. The decision was made without fully understanding the implications of long-term Chinese involvement in key strategic infrastructure. The Ministry of Transport and the Ministry of Finance were certain they were being sophisticated and everyone would get to enjoy the crumbs of Chinese trillions. But the crumbs come at a price when it comes to not only politics but security as well.

The Americans claim the Chinese involvement in the Haifa port activities is a blow to US national security, and the day when Israel will have to decide between US and China is not far away. As a result, the government is now trying to hurriedly amend the arrangement with the Chinese in order to soften the blow as far as the White House is concerned.

The Chinese involvement in Syria could be much more dramatic and complicated. The rehabilitation of the war-battered country is a project that would cost trillions and would most likely take decades to complete. Since the start of the civil war in 2011, the Syrian economy had lost some $ 250 billion, half of the country’s infrastructure was destroyed, six million Syrians fled the state, and an additional four million became refugees in their own homeland.

Some estimate that restoring the country to its pre-2011 condition will take up to 30 years. The Russians don’t have the ability to invest in Syria beyond military infrastructure, while Iran (another ally of President Bashar Assad’s regime) needs to rehabilitate itself first following the reintroduction of US sanctions on the Islamic Republic. The Americans have no interest in investing there, the Europeans only seem to invest their optimistic rhetoric and not money, while the Gulf states and Saudi Arabia would never do anything that could potentially strengthen the Assad regime due to its close relationship with Tehran.

This leaves the Chinese – who have both money and interest, as part of their $900 billion New Silk Route initiative – as the only ones capable to take on a project of this scale. The plan includes the construction of land and sea routes connecting China with Europe’s largest market, while simultaneously creating Chinese dominance of future global communications. China doesn’t differentiate between national security and economic initiatives. The New Silk Road is designed to ensure China’s global dominance vis-a-vis the US and Russia.

Syria will never be able to pay back the Chinese government, therefore, it will be a repeat of the investment model Beijing officials have established in Africa. China is building infrastructure in many African countries and since they are unable to repay the mounting debts, the Chinese companies are taking over these countries’ natural resources and subjugating state policies to accommodate China’s interests.

China is now involved in the economies of more than 60 countries in Asia, Africa, the Middle East, and Europe. Some of these countries have become completely enslaved by Chinese interests. Once China has poured hundreds of billions of dollars into Syria, the Russians will sit quietly in the port of Tartus – leased to them by Assad for the next 49 years – trying to protect their assets. The Iranians will also have to behave themselves.

Israel, meanwhile, will have to deal with the fact that our border with Syria will be under Chinese jurisdiction. When will the Israeli government begin preparing for this inevitable scenario? Most likely the day after it happens.