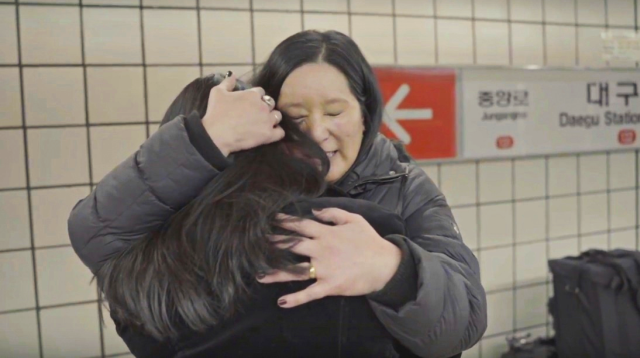 Christine was abandoned at the age of two and a few weeks later her sister, Kim, was abandoned at the age of six weeks. They arrived at separate orphanages and no one knew they were connected. Each of them knew she was adopted, but knew nothing about her biological family. During their lives, each of them tried to locate her parents, but due to absence of any information or documents, the attempts failed.

Each one of them decided to undergo a DNA test in the Israeli genealogy platform MyHeritage without coordinating it. Hoping that on the other side someone else from the family is checking and they will be reunited. The DNA tests fed in the system showed a correlation of first degree genetic affinity.

The two sisters met at the train station in the city of Tego where they had been abandoned. They said that when they were adopted, they would look for people looking like them, so that the mirror might indicate a genetic connection. After the meeting, they realized they had more in common in character, hobbies and personal preferences.

Since the genetic test proved that they were full sisters on both sides sharing the same mother and father they are now looking for their parents. The results indicate that the family may have been together for at least a period of time from the first pregnancy to the second. They raised the possibility that the parents still lived together and might have other siblings.

MyHeritage has life description of 3.2 billion people, with a database of more than 4.3 million genetic matches based on DNA samples and 100 million registered users.