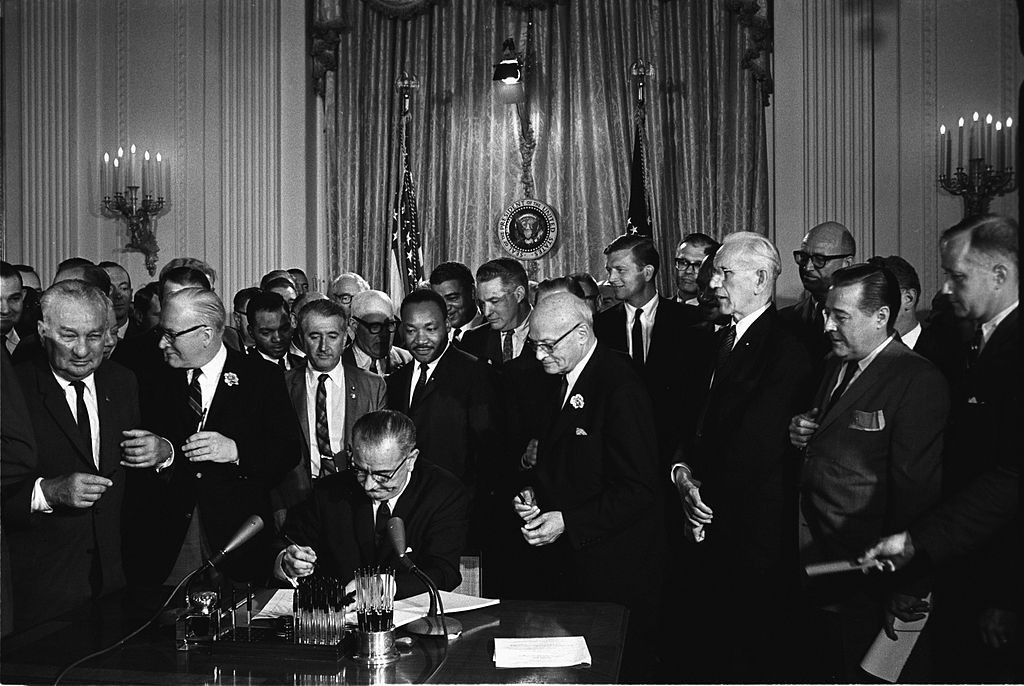 Dr. Martin Luther King, Jr. was shot down and a great voice and mind were not heard again.

My ideas get shot down and communities suffer.

Dr. Mary McLeod Bethune was part of the Black cabinet of Franklin D. Roosevelt. Dr. King had JFK’s attention. And now we have Kanye West,

Reverend Darrell Scott, and Jim Brown as Trump’s cabinet. All Black leadership has been off course and is still off course since Dr. King. I’m not Black, but I have reasons to be angry.

Our nation is on trial right now, not just Donald Trump or 45. The whole world is watching as it did during the days of the Civil Rights’ Movement when Dr. King led.

The movement sprung from the efforts of Gandhi, but long before there was Gandhi there were people like Daniel O’Connell in Ireland and Frederick Douglass (and others of different faiths).

Twelve Angry Black Men was an idea like many others that did not work out just now. Yes twelve Black men were contacted and then I decided to write to some Black women, but only two men showed up in time for Martin Luther King Day. And I did not get the idea from this book that tells the story of Black men including Joe Morgan, former MVP baseball player of the Cincinnati Reds.

The idea came from the movie and even though I did not get twelve, I laughed thinking about Moses in The History of the World Part I who came down from the mountain with three tablets (15 commandments) and dropped one tablet to give him The Ten Commandments.

This is a moment to share the radio broadcast of Elijah Cummings at Howard University where Cummings told the listening audience that nobody showed up to support the announcement of Barack Obama to run for president of the United States. Nobody! Then things happened after that fiasco. Here are Bruce’s thoughts.

Bruce Capers and I have met and that took place in Atlanta with several others who were concerned about literacy, including the family of Dr. Mary McLeod Bethune. And we have kept in touch since. His concerns are my concerns. Bruce is involved in basketball as a coach and he was a professional player.

Although I have not supported all of the previous presidents, I respected the office as the leader of the free world and the American people. It seems 45 is sacrificing the moral and value system of America for a dollar and racism. The majority of Americans are better than that and they deserve better.

The president’s job is to represent all of America, not just a hand full; however, I have stopped blaming 45. I know what he is. I blame politicians and people who support that for the sake of party and racism. SELLOUTS!

Thanks Bruce in Georgia.

Al Rainey is fighting in Alabama for civil rights in the schools of Alabama. I decided to help his group in Alabama and supporting work is being done now by the N.A.A.C.P. Here are Al’s thoughts.

He doesn’t follow the law at all and makes up things all the time. The Republicans have no respect for themselves, I am very glad we have some people in office to keep him in check.

Thanks Al in Alabama.

Mass incarceration would have been a topic that Dr. King would have strongly spoken out about and often. We know that half the families in America have had a member in jail. So this is an area where programs could be developed for everyone. It is not just about people of color, if you know what I mean.

To put it another way, Barack Obama told our nation that he was not the president of Black people. He was the president of all people. Obama failed because he did not seek out a program to help 40 million people earn a G.E.D. And Black elected officials and others have failed as well.

We now have a federal act where prison reform is expected and that only affects a fraction of the population in need since most people are in state prisons. But there are things that could be done.

The states and the federal government should quickly enact legislation related to the minimum education needed to get jobs. The minimum high school or G.E.D. could be eliminated for people seeking jobs with state and federal agencies and companies doing business with those governments. Why should a high school diploma or GED be more respected than a great candidate who has dropped out of school, but has been disqualified?

The job interview process builds the pipeline to prison and that should be changed now. Lots of people who finally take the test score higher on the test than others and they often do it without studying. Just as the higher mark on the test could mean college readiness, it could also mean higher preparedness for jobs and military service. The diploma itself is just a minimal standard when no other vetting information is used.

I have also been in touch with a department of juvenile justice recently, trying to open up the eyes of important agencies to have meetings where best practices would be shared and implemented. This applies to all state. New York State has only one high school equivalency test (and there are three tests).

Having three times more testing sites and all three tests would give people choices. And if they wanted to pay to take the test so they could qualify for jobs and education faster, that would be ideal. And there would be thousands more diplomas (of course I know that tens of thousands more could be earned) each year granted by the state. But governments everywhere cannot figure these things out. In New York State the law would have to be changed or some agreement would have to be written by the State Education Department.

I think that Black Lives Matter and other organizations have to have a big meeting and make things better now because things are actually getting worse as they get better. The children are benefitting more, but the adults are suffering. Everyone needs to be educated. Education is what John F. Kennedy wanted to give to African-Americans (that was the deal he pushed through) because he knew that integration was going to be a problem. Unfortunately, Kennedy and the people who followed him have not done a great job. And I have long felt that I am continuing the work of Dr. King.

Here is a video of Dr. King on a news program where a reporter is attempting to nullify the Civil Rights’ Movement by mentioning that the Negroes fighting in Vietnam were more important then pastors in helping to achieve civil rights. The U.S. Army had already been integrated and the Korean War did not help persuade Southerners and others in almost totally White counties across the country.

Dr, King said that people should be judged by the content of their character and not by the color of their skin. Okay I reversed then order of the quote, but it’s the same.

And what programs can be developed in our schools to prevent violence and hate as Jews have been assaulted in Brooklyn this year? The first thing that we should find out is what provoked those attacks and to find out if there are knowledgeable people who can speak on the subject. I do not know what entered the heads of those people who attacked Jews, apparently unprovoked but intent on administering harm and fear.

A lengthy report has been issued about the activities of Nikolas Cruz after the Parkland shooting took place. We cannot just rush to create programs or initiatives that may not even come close to working, but anti-Semitism can be addressed at the school level and I know that Holocaust studies has been mandated by some states. Education Matters! Let’s us find out from those states that have those programs what results they have seen, positive results.