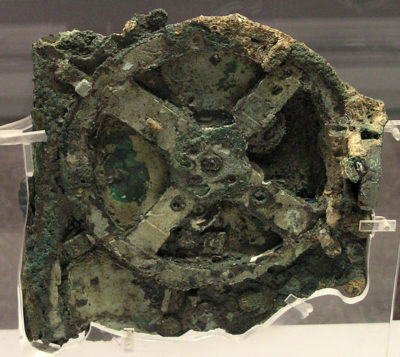 Diving archaeologists have found a new missing piece of the Antikythera Mechanism, one of the ancient world’s great wonders.

The Antikythera mechanism is the world’s first analog computer used by the Greek to calculate information about astronomical phenomena.

It is not known how the ancient mechanism came to be on the cargo ship some 2200 years ago. However, it was retrieved from the water in 1901 near the small island of Antikythera between Greece and Crete, after the ship carrying it was wrecked upon rocks.

It was 50 years later and advanced x-ray technology for scientists to realize that the “rock” was a wondrously advanced sophisticated analog calculator consisting of dozens of intermeshed gears.

Scientists found the Mechanism could do more than basic math. With its dozens of exquisitely worked cogwheels, it could predict eclipses and equinoxes, calculate the movements of the sun and moon, and could be used to track the solar system planets, the constellations, and more.

We may never know how many cogwheels the original Antikythera Mechanism had. Assessments based on its functions in predicting the behavior of the cosmos range from 37 to over 70. For comparison, the most advanced Swiss watches have four cogwheels.

Since it was found a series of expeditions to Antikythera to search for more fragments of the mysterious device could be found. 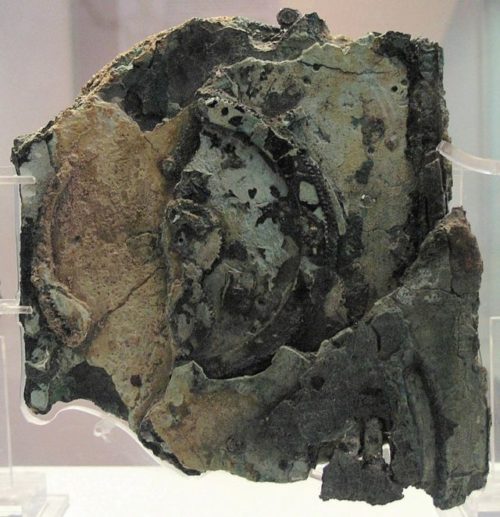 The Israeli newspaper Haaretz reports that a new piece of the fantastically complicated computer was found in the Aegean Seabed.

According to Haaretz, the new bull-engraved plate found is likely to be part of the device’s complex workings. Is this Taurus, the a star constellation and one of the signs of the Zodiac?

People are getting excited over this Haaretz report of a missing piece of the Antikythera Mechanism discovered . . . but not so fast:https://t.co/Fqvo0XhWav

At some point, the immense anticipation surrounding the news archaeologists pointed out the new report overemphasizes the importance of the bronze disc found.

To clarify, haaretz (and I) have caused unnecessary excitement over the purported ‘unearthing’ of a piece of the antikythera mechanism. It was actually found and reported on (with no am connection) last year. Apologies for not checking before posting.. Cf https://t.co/UCWIDuU1EW

It claims that Bronze disk unearthed by archaeologists in the same wreck where the original 2,200-year-old computer had been found

In the 1968 book “Chariots of the Gods” Erich von Daniken claimed that the Mechanism is one of the many “evidence” of ancient alien astronauts visiting earth and leaving behind technology.