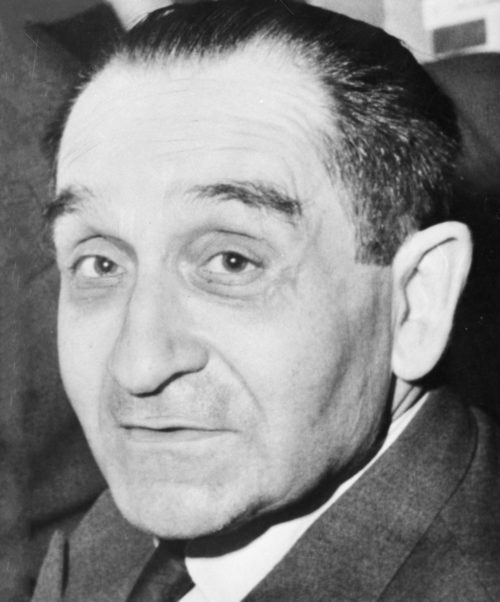 A Jew was blamed for bringing down France in the 1950s. That was Pierre Mendes-France, known all over France as PMF.
He had to escape Vichy France controlled by the Germans during World War II where he was falsely accused of being a traitor. He later worked for Charles de Gaulle and he also opposed Charles de Gaulle which was an interesting example of his own independence.

After 1954 Pierre Mendes-France was often the victim of anti-Semitism. Jean-Marie le Pen expressed his “patriotic, almost physical revulsion” for Mendez-France. Sound familiar? There was an attempt on the life of Mendes-France and the perpetrator got fourteen months in prison.

France must have been resembling the France of old when anti-Semitism was rampant and unchecked and when the Dreyfus Affair affected all of France and other places in the world. The Jew was the target.

Mendes-France was an anti-colonialist after World War II. After facing extremely difficult years in Indochina and having new problems in Algeria, his desire was to get out of Algeria. He had previously agreed to the independence of Tunisia and was working on the same thing for Morocco.

This was the 1950s just after the end of World War II. France went from the frying pan into the fire after being easily conquered by Nazi Germany.

The French Assembly supported France’s withdrawal from Indochina by a vote of 471 to 14. Our veterans who served in Vietnam are aware of the French defeat at Dienbienphu in 1954 and that only 7 percent of the French electorate wanted to continue the war. China’s stationing of two hundred thousand soldiers at the border had a great impact as the French were losing. The Chinese were sending in huge amounts of provisions to the Vietminh as well and the French were poorly supplied.

The nationalists and Roman Catholics opposed abandoning Indochina even though the vast majority of the French people had had enough. Military and political leaders were confident of that quick “win” that we have heard about in the United States, but the French had lost about 76,000 dead and 64,000 wounded with 40,000 captured and had to depend a lot on the United States to support their own military (billions of dollars in only four years or eighty percent of the costs of the war). And France was more interested in preserving Algeria at that moment as violence was affecting French and Algerians. In December of 1955 there were 1,000 violent attacks registered, which was a high for that year.

Pierre Mendes-France, a French Jew whose family had entered France from Portugal centuries before his birth, brought about the ceasefire between the French and the Vietminh under Ho Chi Minh. He asked for “four weeks” or he would resign if he had not succeeded. His term as Prime Minister lasted only seven months.

Throughout those years the major players included China, the Soviets, the French, and the United States. The United States was anti-colonialist, but very supportive of the French because these were the years where communism had to be prevented and the “domino theory” prevailed as there was fear of communism spreading to all parts of the globe. Nationalism was correctly being replaced by globalism.

The French felt the need to be in control of its colonial empire or lose its place among the great nations of the world. The Chinese who had fought the Japanese had a huge army and even though China had been hated for two thousand years by the Vietnamese that often did not matter as you will see.

Languedoc was the region that was a Jean-Marie Le Pen stronghold and 23,000 French from Algeria settled there over a decade. Prior to their arrival, this region of France was the poorest, most imperialistic, and most conservative of regions in France. 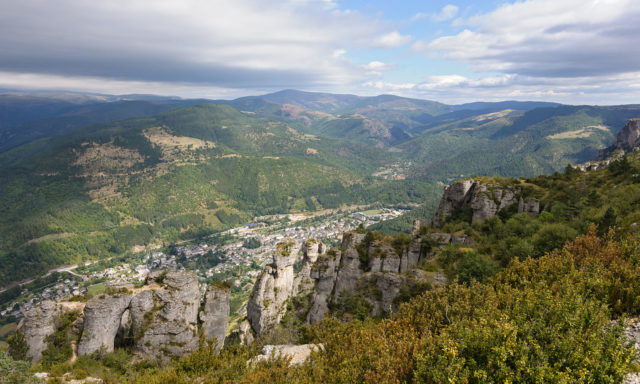 When France finally agreed to let Algeria determine its own future in 1961, ninety percent of France favored that but forty-three percent in Languedoc agreed. And the violence against Muslims there was inspired by crowds and local press as incitement was expressed as patriotism including the national anthem, the flag, and war monuments (they were just outdoing their fellow compatriots which is really going on today through national Fox News).

There was a huge cast of characters causing the war to go on, both in France and the United States. Then there was the group at Geneva in 1954 that was there to bring about peace. Almost everyone in that group with large entourages of staff rented mansions and other fine properties in Geneva for the conference. There was France, China, Laos, Cambodia, the British, the Vietminh, and the representatives of Indochina’s Bao Dai. There was largely tension and distrust for weeks and weeks.

Mendes-France finally had a private meeting with Zhou Enlai of China, secretly in the French embassy in the city of Bern, Switzerland (the Swiss capital). And they finally worked out an agreement with others. What they did was to negotiate where the partition of Indochina (Cochinchina) would be and they agreed on the 17th Parallel and then hold elections in two years to unite Vietnam. A ceasefire accord was signed, but that was about it.

The rest is history and that led to American intervention in Vietnam as a result of the Gulf of Tonkin incident. There was doubt at the time and doubt later in history that the incidents took place.

You may have heard people speak about winning the war in Vietnam and less of that must be taking place as the surviving soldiers are aging, but here is critical information to absorb. Ho Chi Minh in his speech declaring the independence of his country cited the Declaration of Independence. Sure he was a communist, but he was also a nationalist.

He did not trust France and China, but he reached out go give them important concessions and at one point he made overtures to the United States for military equipment and later Ho Chi Minh confided to an OSS (the predecessor of the C.I.A.) agent that he was open to having “a million American soldiers” in Vietnam (no French) which was repeated later by General Giap who in public urged that the Americans should become friends. President Truman chose to restore French rule.

Now we know that President Roosevelt did not move to help against Franco-Hitler-Mussolini in Spain and Jews know that Roosevelt could have done more to save Jewish lives as the attacks on Nazi German forces helped end the war. And here we see what could have been another turning point in history, possibly preventing our war in Vietnam. We must learn more right now to protect our people and our democracy and we have to be more aware of the horrible consequences of following people who do not deserve our trust.

VIETNAM: A History by Stanley Karnow is a great read. His work was a companion to the PBS Television Series.
And here a day before Veterans Day, the world listens to Prime Minister Macron speak about against nationalism devoid of human values that can preserver the world. And so much that is going on here in the United States is a “betrayal of nationalism.”