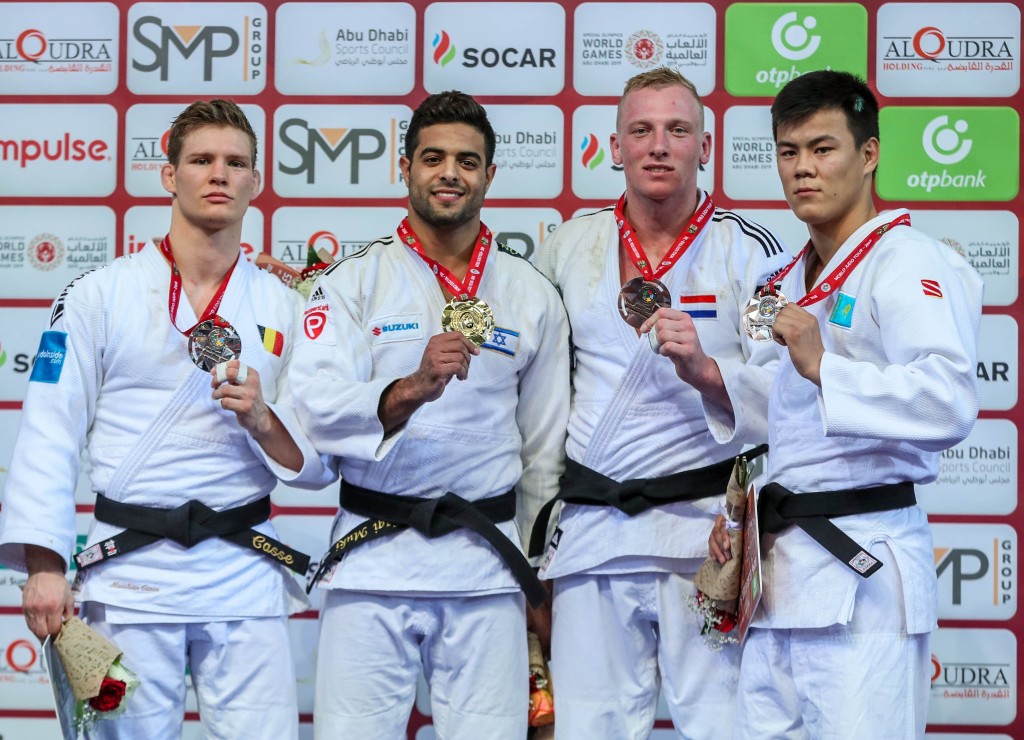 The Israeli athlete stood alongside second and third place as Israel’s national anthem played for the first time at a public sporting event in the United Arab Emirates.

Sagi Muki won a gold medal in April after defeating Sami Chouchi from Belgium in the 2018 European Championship final.

A glimmer of joy amidst today’s gloom, as Israel’s national anthem, Hatikvah, plays in Abu Dhabi for the first time ever after Israel’s Sagi Muki wins gold at the Abu Dhabi Judo Grand Slam. ???????????????????? #JudoAbuDhabi2018 pic.twitter.com/DRKCAez91T

Following the medal distribution, the tournament presenter announced, in English, “Ladies and gentleman, please rise for the national anthem of Israel” after which the “Hatikva” melody began playing. Muki, on the victor’s podium, could be seen mouthing the words.

“It was a moment I will never forget,” Muki said after the medal ceremony. “I am very happy that I managed to finish with a gold medal and to have the anthem played in Abu Dhabi.”

“It is a moving moment in my career,” he added.

On the same day, an Israeli gymnastics delegation was in Qatar for the beginning of the world championships being held in Doha.

In this article:Finance, Abu Dhabi