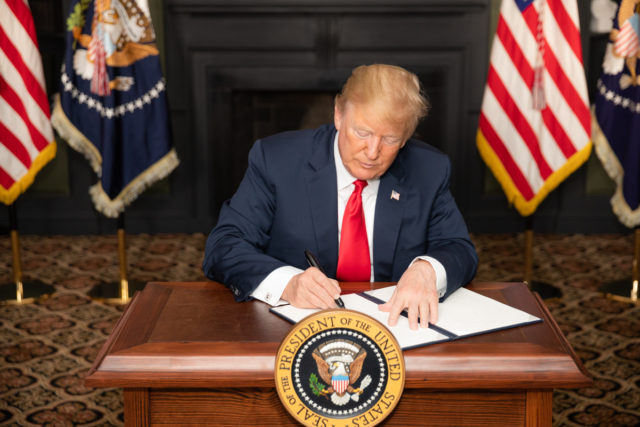 At a moment when the Trump presidency is plainly in steep decline, the ultimate hazard remains markedly nuclear. In essence, there are now various plausible reasons to fear that this president could sometime make “inappropriate” nuclear command decisions. Whether by deliberate intent, inadvertence, miscalculation or even outright irrationality, any such decision could rapidly spawn intolerable consequences. These outcomes, moreover, could impact certain principal American allies, including Israel.

Many years back, when I first began to study US nuclear command/control issues, I learned that presumptively reliable safeguards had been built into all American nuclear command/control decisions, and also that these essential safeguards might not meaningfully apply at the presidential level. This ironic disjunction didn’t seem to make any intellectual sense, especially in a world where national leadership irrationality was hardly without precedent. Reaching out to retired Gen. Maxwell D. Taylor, a former Chairman of the Joint Chiefs of Staff, I asked about such a prospectively dire disjunction. Almost immediately, Gen. Taylor sent me a detailed handwritten reply. Dated March 14, 1976, the General’s informed letter concluded, inter alia: “As to those dangers arising from an irrational American president, the only protection is not to elect one.”

Now, this 1976 warning has taken on a very precise and palpable urgency. Until now, I had never given any serious thought to Gen. Taylor’s cautionary response. Somehow, I had simply assumed, “the system” would always operate smoothly. Today, however, one must reasonably assume that if President Trump were ever to exhibit emotional instability and/or irrationality, he could (1) authoritatively order the use of American nuclear weapons; and (2) issue such an order without any calculable expectations of “disobedience.”

This ominous suspension took place at the same time that the two superpowers continued a shadowy but still-accelerating nuclear arms race.

What remedies are required to best safeguard the United States? What should be done by the National Command Authority if its members should sometime decide to oppose an obviously mistaken or contrived presidential order to use American nuclear weapons? Should the NCA respond in an impromptu or expressly ad hoc fashion? Or shouldn’t there already be in place certain capable measures to judge the sitting US president’s reason and judgment, measures of the same sort that are routinely applied at all lower levels of national nuclear command authority?

In principle, at least, any presidential order to use nuclear weapons, whether issued by an apparently irrational president, or by an otherwise incapacitated one, would have to be followed. This conclusion is incontestable. To do otherwise, in such circumstances, would be illegal prima facie, or on its face.

Any doubts we might currently have about Donald Trump with the nuclear codes could also be framed as part of a more generic problem of American presidential authority. More particularly, we should query, if faced with a presidential order to use nuclear weapons, and if not offered any tangible corroborative evidence of some actually impending existential threat, would the sitting Secretary of Defense and/or the Chairman of the Joint Chiefs, among several relevant others: (1) be willing to disobey, and (2) be capable of enforcing such presumptively well-founded expressions of disobedience?

Such indispensable questions need to be asked, widely and promptly. Soon, moreover, still more specific and detailed questions will have to be asked. If, for whatever reason, these questions should be avoided or ignored, we could sometime discover that necessary remediation is already far past due, and that the supposed “only protection” against an irrational American president – “not to elect one,” as Gen. Maxwell Taylor had advised me many years back – had gone foolishly unheeded.

Looking back, this could represent a genuinely unforgivable moment in American history. In principle, at least, such retrospective regrets might also emerge in Tokyo, Seoul, or Jerusalem.