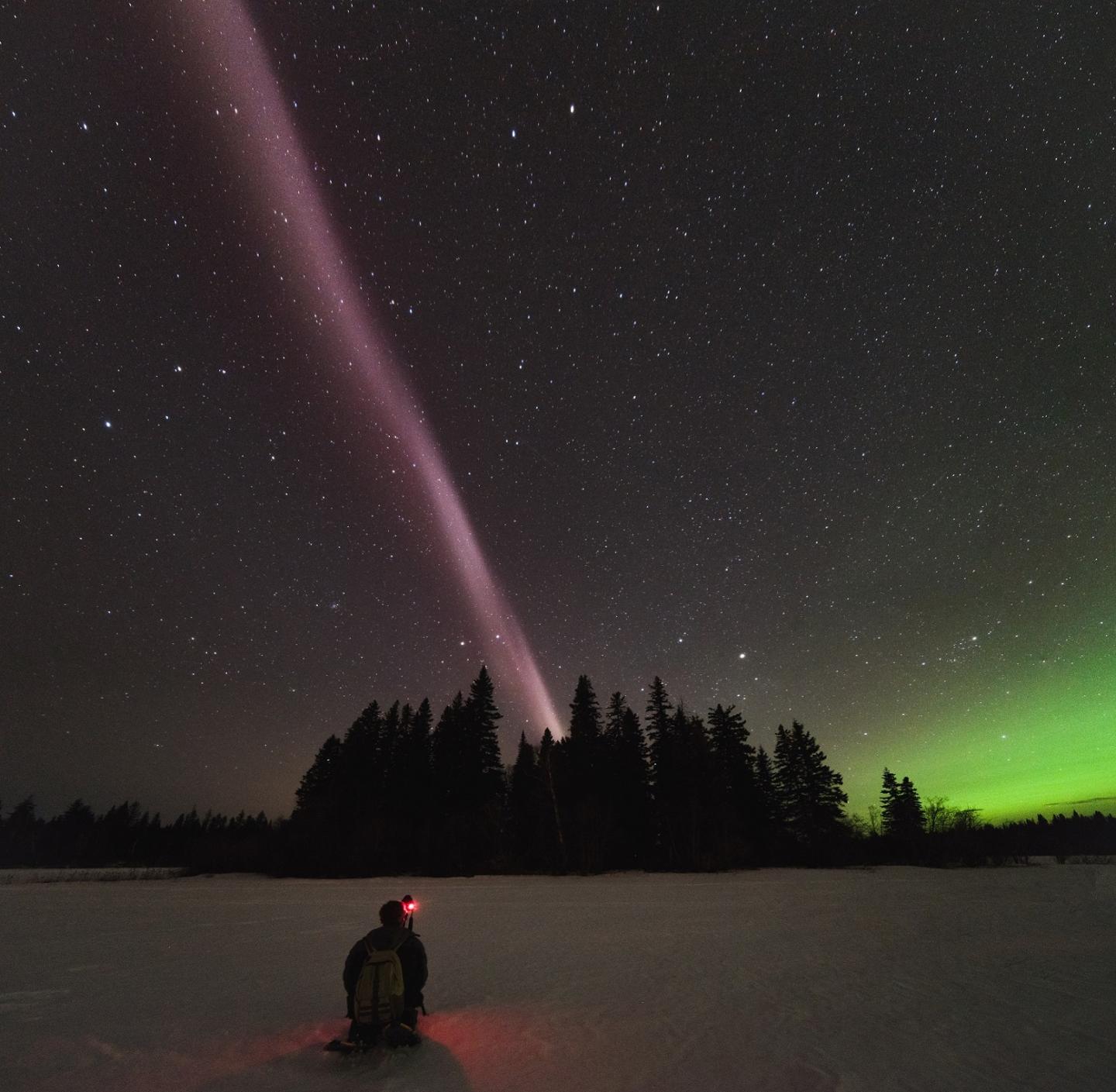 Alberta Aurora Chasers capture STEVE, the new-to-science upper atmospheric phenomenon, on the evening of April 10, 2018 in Prince George, British Columbia, Canada. Fellow Aurora Chaser Robert Downie kneels in the foreground while photographer Ryan Sault captures the narrow ribbon of white-purple hues overhead. The vibrant green aurora is seen in the distant north, located to the right in the photo. In this issue, Gallardo-Lacourt et al. use a ground based all-sky imager and in situ satellite data to study the origin of STEVE. Their results demonstrate that STEVE is different than aurora since the observation is characterized by the absence of particle precipitation.
CREDIT Ryan Sault

A mystery of the purple and green thin night lights coming down from the sky just got weirder. Some call it ‘STEVE’ and it was dubbed a new type of Aurora. But new research suggests these mysterious streams of light are not an aurora at all, but something entirely different – and unknown!

Although photographers had captured the phenomenon on film for decades. STEVE brought to scientists’ community attention in 2016. When they first looked at the pictures they realized the lights were slightly different than light from typical auroras but were not sure what was causing them.

Researchers analyzed a STEVE event to see whether it was produced in a similar manner as the Aurora happens. Aurora is showers of charged solar wind mainly in the form of electrons and protons, rain down into Earth’s upper atmosphere. The study’s results suggest STEVE is produced by a different atmospheric process than the Aurora, making it an entirely new type of optical phenomenon.

“Our main conclusion is that STEVE is not an aurora,” said Bea Gallardo-Lacourt, a space physicist at the University of Calgary in Canada and lead authorץ “So right now, we know very little about it. And that’s the cool thing because this has been known by photographers for decades. But for the scientists, it’s completely unknown.”

A space physicist at the Space Science Institute in Los Alamos, New Mexico, Joe Borovsky, who was not connected to the new study said: “This is really interesting because we haven’t figured it out and when you get a new problem, it’s always exciting,” said “It’s like you think you know everything and it turns out you don’t.” 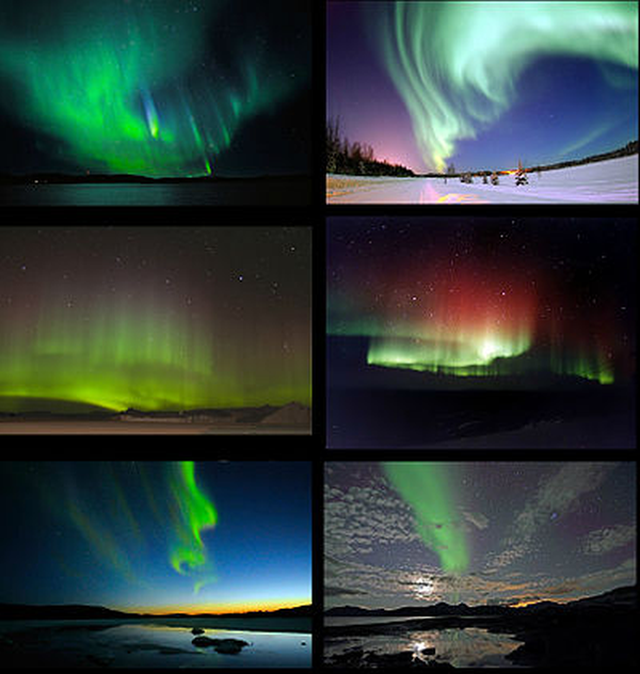 A different kind of light show

A Facebook group called the Alberta Aurora Chasers had noticed bright, thin streams of light running east to west in the Canadian night sky when they photographed the aurora.

Auroras are visible every night if viewing conditions are right, but the thin light ribbons of STEVE were only visible a few times per year. The light from STEVE was also showing up closer to the equator than the aurora, which can only be seen at high latitudes.

The photographers first thought the light ribbons were created by excited protons, but protons can only be photographed with special equipment. The light protons produce falls out of the range of wavelengths picked up by normal cameras.

The aurora chasers dubbed the light ribbon occurrences “Steve,” a reference to the 2006 film Over the Hedge. When researchers presented data about the unusual lights at a 2016 scientific conference, a fellow space physicist proposed converting the name into the backronym STEVE, which stands for Strong Thermal Emission Velocity Enhancement, and the researchers adopted it.

Where does STEVE come from?

Scientists then started using data from satellites and images from ground-based observatories to try to understand what was causing the unusual light streaks. The first scientific study published on STEVE found a stream of fast-moving ions and super-hot electrons passing through the ionosphere right where STEVE was observed. The researchers suspected these particles were connected to STEVE somehow but were unsure whether they were responsible for producing it.