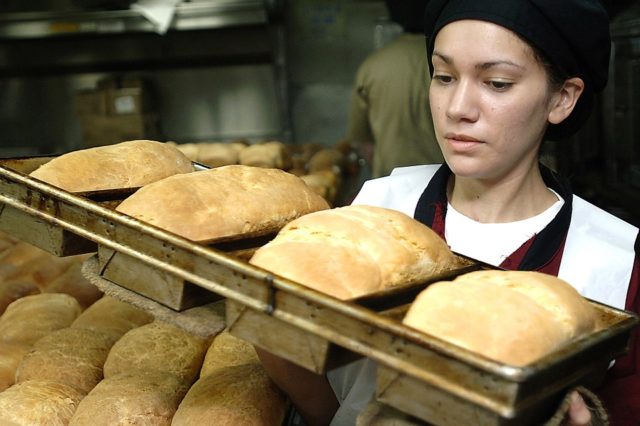 There are many industries that are struggling in today’s climate, but one which has started to crumble in the last few years is the UK bakery market. Small bakeries up and down the country have been failing in bring in the dough, which has led to many closing their doors for good.

UK favourite Chalmers Bakery is being forced to sell a number of its stores, including the head office, despite being a supplier of goods to the Royal Family. The bakery has had a stronghold in the North-east since being founded back in 1956, but despite its reputation, it has been unable to remain open. Meanwhile, Shalom Hot Bagels is another popular bakery that has served its local Jewish community in Ilford for 32 years but is also set to close – it will be replaced by a private medical centre that aims to tackle obesity in the area.

Even the hugely recognizable baker Greggs is struggling, having announced a £3 million drop in profit this year with hundreds of job cuts being threatened. Family run baker Aulds in Glasgow is another store that was placed in liquidation, being appointed on the 2nd of August.

So, what can be attributed to the crumbling of the bakery sector in the last few years? Some may point to the flaky business models of the businesses listed above, or the current economic situation which has meant that consumers have less money to spend on unnecessary purchases. However, it may also be a result of a change in consumer habits culminating in a more health-conscious approach to food.

In today’s marketplace, consumers do not go into food stores when hungry anywhere near as much. This is due to the rise of smartphones, and apps like Deliveroo, which enable people to get food delivered straight to the door with just a few touches. This has allowed food stores that offer this service to thrive while bakers, who tend to be more old-fashioned and therefore have less of a presence on these apps, have been left behind. This could go some way in explaining why they are feeling the pinch.

Another potential reason that was touched on earlier is the ever-greater emphasis placed on healthy eating. This trend is being further fueled by the growing obesity crisis in the UK, with over a third of children aged 10-11 being overweight or obese. The fact that the Shalom Hot Bakery in Ilford is being replaced with a centre designed to tackle obesity is a clear indicator of this cultural and culinary shift.

With small bakeries closing up and down the country, and even national chains struggling, it is a worrying time for the UK bakery industry. Changing consumer habits, a continuing emphasis on healthy eating, and the current economic instability are all contributors to this unexpected decline. As such, without some fresh thinking from bakers, it is difficult to see any positive change for the industry on the horizon.