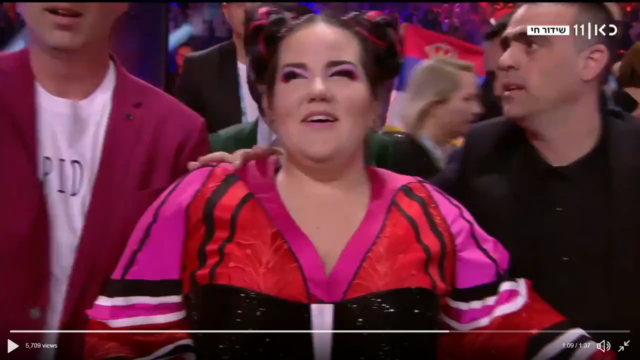 Israel’s Netta Barzilai won the 2018 Eurovision Song Contest Saturday night in a photo finish against Cyprus, netting the country its fourth ever win and the right to host next year’s contest. “Next time in Jerusalem!” Netta shouted in her post-win interview.

Earlier, Netta took to the Lisbon stage for the Eurovision’s finals to perform her song, “Toy,” in a performance that was said to be better than her semifinal outing.

Barzilai performed 22nd, and according to the thunderous applause she received when she was done, it was apparent not only Israelis thought she gave the performance of a lifetime. 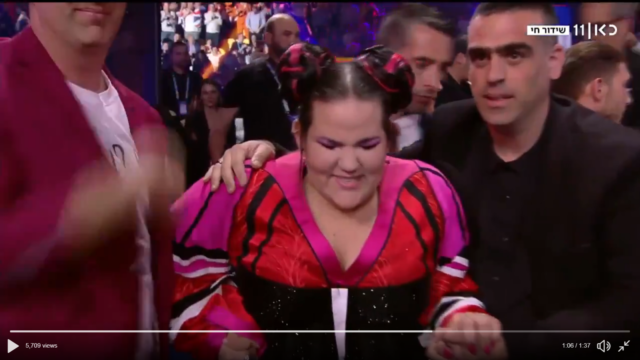 Even the British Telegraph paper thought as much, saying the Israeli song was “one of the more fun, interesting and moving in Eurovision’s history.”

After her performance, Barzilai tweeted, “I’ve given all my heart and soul to #Eurovision, and now it’s your turn”—calling voters to cast their ballots for her song.

A short time before the contest was underway outside the Altice Arena in the Portuguese capital, where the event was held, long lines, sky-high adrenaline and multicolored shirts and flags filled the surrounding area. 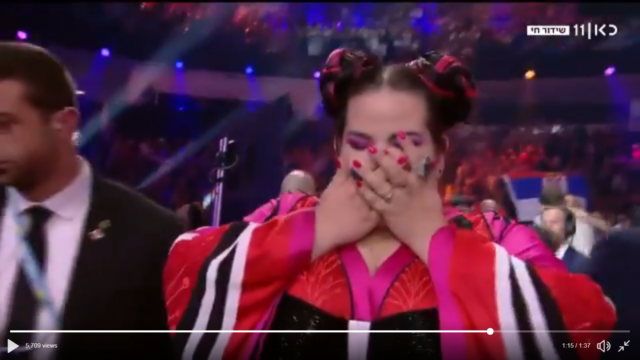 A local Boycott, Divestment and Sanctions (BDS) campaign called to boycott Israel at the contest, but did not stop international fans from lauding Netta’s performance and song.

President Reuven Rivlin spoke with Barzilai on the phone before the contest Saturday, and told her, “Our dearest Netta, I wanted to speak to you before it all begins to tell you how much we’re proud of you, regardless of tonight’s outcome.”

“You’re a talented and wonderful artist, who places Israel center stage, and I’d like to thank you for the road you’ve taken thus far. You’re a symbol of victory to us all. When you go onstage tonight, remember—you’re not alone for a moment, you have an entire country behind you,” the president added.

“From Jerusalem, from Nechama and I, I’m sending you a ‘Douze points’ (’12 points’ in French, the highest possible score for a Eurovision performance—ed),” Rivlin concluded.

The Eurovision’s official YouTube channel said recently that Netta’s Eurovision clip became the channel’s tenth most watched of all time, with more than 25 million views in only two months.
Barzilai was once again nonplussed, tweeting, “Sending only love to Salvador and all artists of all genres” along with a red heart.

Netta’s family was front and center to cheer her on as well, wearing shirts bearing the singer’s image with the writing “Yes chi-ken!”, inspired by former US president Barack Obama’s 2008 presidential campaign. 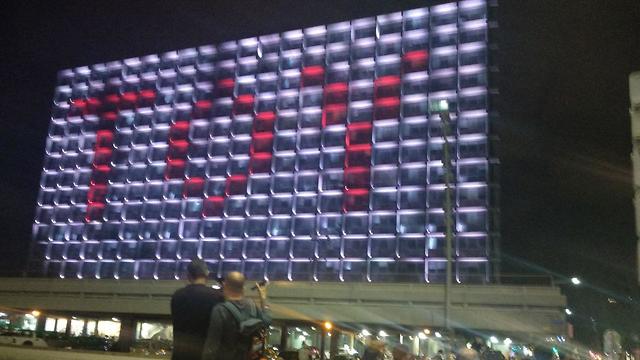 The Tel Aviv municipality building lights up with the word ‘Toy’

On the Eurovision’s official YouTube channel, the music video for “Toy” became the 10th most watched video of all times, with over 25 million views in only two months.