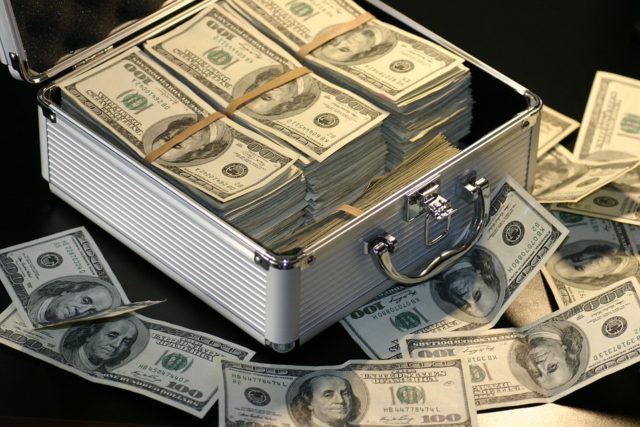 Bonuses on Wall Street are up sharply! Profits in the securities industry rose in 2017 for the second consecutive year. The average bonus paid to industry employees in New York City jumped 17 percent to reach $184,220, according to the comptroller Thomas P. DiNapoli.

He comes to the conclusion that tighter regulation of the financial markets since the crisis hasn’t stood in the way of trading, as New York Stock Exchange member firms’ profits totaled $24.5 billion in 2017, the highest level since 2010

Compared to the average U.S. household income this is quite some money, keeping in mind these are payments on top of the regular pay. In 2016, the average Wall Street bonus stood at close to $158,000 and thus 2.5 times as high as the median household income of a little more than $59,000. (The U.S. Census Bureau has not yet released official household figures for 2017). The average number of people living in an American household stands at 2.5.

The number of people per household has decreased over the past decades.

The U.S. Census Bureau defines a household as follows: “a household includes all the persons who occupy a housing unit as their usual place of residence. A housing unit is a house, an apartment, a mobile home, a group of rooms, or a single room that is occupied (or if vacant, is intended for occupancy) as separate living quarters. Separate living quarters are those in which the occupants live and eat separately from any other persons in the building and which have direct access from outside the building or through a common hall. The occupants may be a single family, one person living alone, two or more families living together, or any other group of related or unrelated persons who share living arrangements. (People not living in households are classified as living in group quarters.).”
The population of the United States has been growing steadily for decades. Since 1960, the number of households more than doubled from 53 million to about 126 million households in 2017.
Most of these households, about 34 percent, are two-person households. The distribution of U.S. households has changed over the years though. The percentage of single-person households has been on the rise since 1970 and made up the second largest proportion of households in the U.S. in 2016, at 28 percent.
In concordance with the rise of single-person households, the percentage of family households with own children living in the household has declined since 1970 from 56 percent to 42 percent in 2016.
In this article:Wall Street, Finance