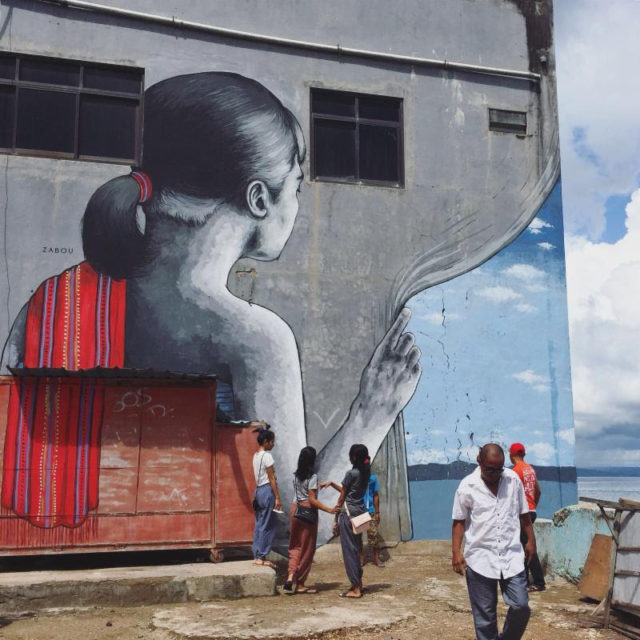 Artists 4 Israel just returned from Indonesia, the first Muslim majority country visited by the group of pro-Israel artists. They traveled to Indonesia on February 18th and spent several weeks there on a mission to beautify urban areas and fight bigotry, including anti-Semitism and Islamaphobia. They also took a stand for women’s rights.

The team, which included some of the world’s top graffiti artists, created towering, building-sized murals promoting tolerance. They also found that at times tolerance was a dangerous topic. “We felt incredibly welcomed by Indonesian artists and the local community – but we were also warned to keep our identities secret in some parts of the country,” says Craig Dershowitz, President of Artists 4 Israel and the organizer of the trip.

“We were beseeched to avoid news stories of our trip to Indonesia until we returned, to make sure we did not wear our Artists 4 Israel branded shirts, to be circumspect with whom we shared our itinerary, and to never, ever openly share the names of the Indonesians cooperating with us. Our hosts explained that even if our international artists were to come and go unmolested, the Indonesians still had to live there and the consequences of partnering with an Israel related organization or a pro-Jewish group could be fatal.” 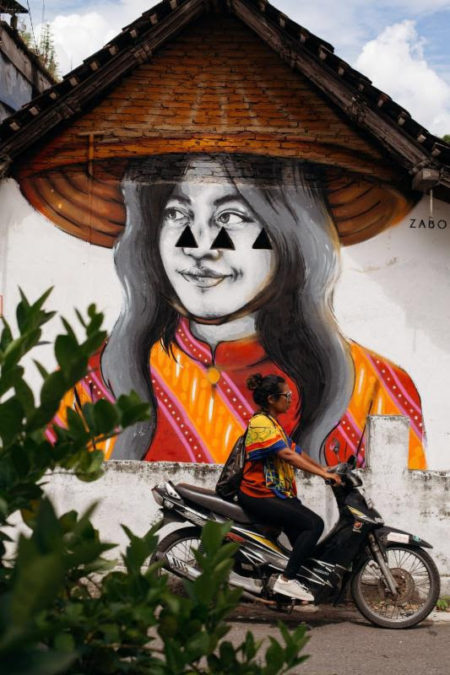 Artists 4 Israel is used to operating under a certain amount of danger. A4I’s past work has included painting bomb shelters in Sderot in Israel while the town was under rocket fire from terrorists in the Gaza strip, and a guerrilla mural campaign along the war-torn border of Syria.

The overall experience was positive but the Artists 4 Israel team had to work actively against falling prey themselves to the fear they were coming to Indonesia to combat. A week before the team of artists arrived in Yogyakarta a priest was attacked with a machete in his church while giving mass.

The artists refused to see the people of the country colored by the actions of a few extremists. “Since I am a graffiti artist, I tasted discrimination in the early years of my career,” says Portuguese artists Pariz One. “This challenged me as a person and artist. With hard work, conversations, and big murals, I flip the coin and turn haters into admirers.” 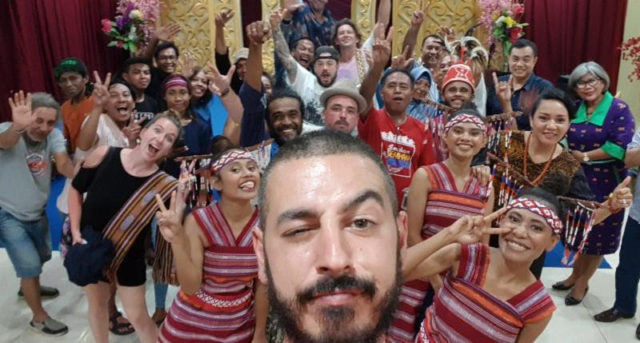 But establishing the bridges between Israel and Indonesia will clearly take more time, says Dershowitz. “One of our artists painted a mural across the street from our hotel in Yogyakarta and signed it ‘Artists 4 Israel.’ It was up for no more than three minutes before the hotel manager, obviously frightened, ran out and made us remove it,” relates Dershowitz. “Not only did the hotel want it removed, they had the word Israel painted over and covered with the word ‘NO.’ This was a tourist hot spot and relatively tolerant part of town, yet they felt they needed to clearly disavow themselves from even the word ‘Israel.’”

The incident revealed an undercurrent of fear of Islamic radicals that the people of Indonesia regularly face. The group of Indonesian artists that partnered with Artists 4 Israel has experienced dangerous attacks. A year before A4I arrived, the partnering artists had put up a gallery show in their space about gender equality. The gallery was attacked in the night and their space utterly trashed. Their landlord contacted them the next day and told them they had to immediately vacate the premises because he had received death threats. 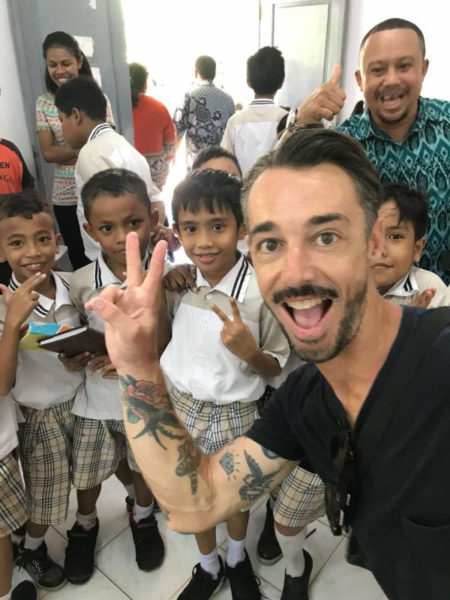 It was this kind of fear and bigotry that the artists came to fight armed only with paint. Says artist Muro, “Prejudices are all around us – breaking them is a job we all have to do. Working with Artist 4 Israel has opened my mind in many ways. Differences in culture and religion matter only so much, we all live in one world.”

“In Indonesia and in Israel, people reacted the same way to seeing a colorful wall. Color changes the environment and gives people a sense of their own power to make other changes. In that way, Israel and Indonesia have more in common than anyone would expect.” 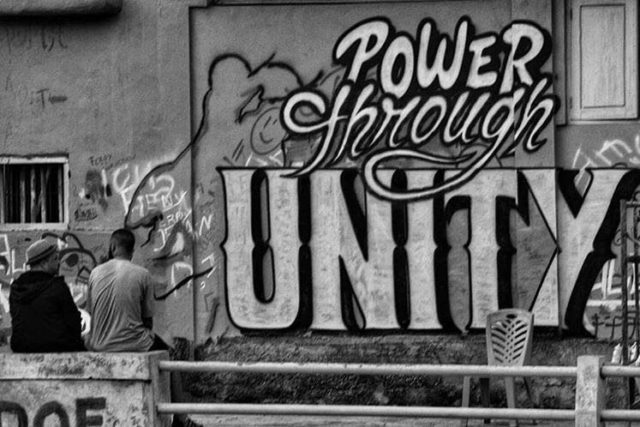 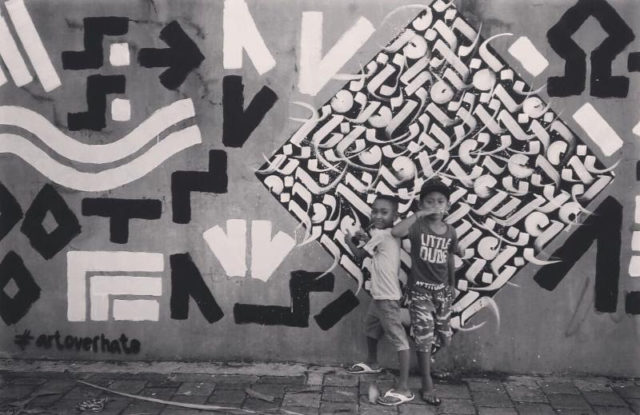 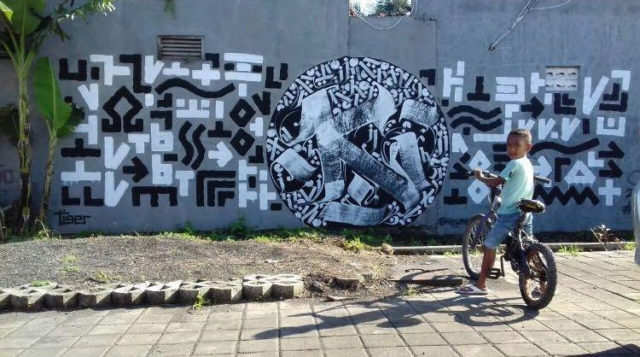 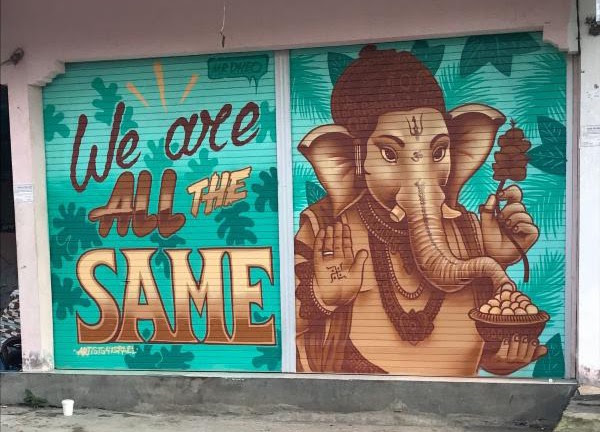 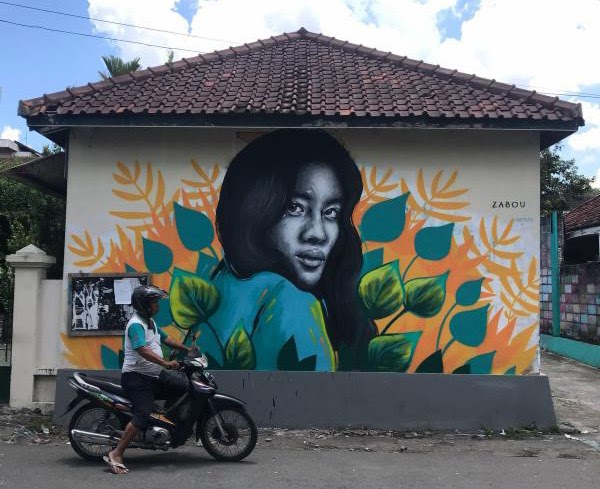 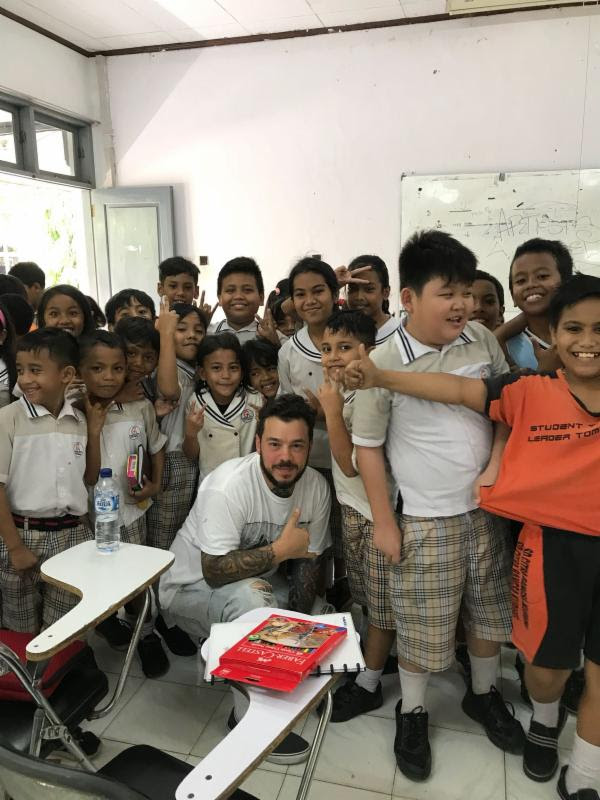 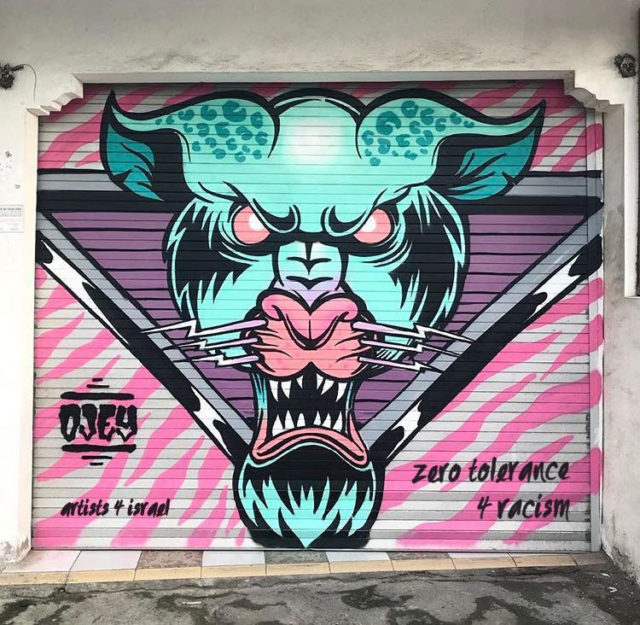 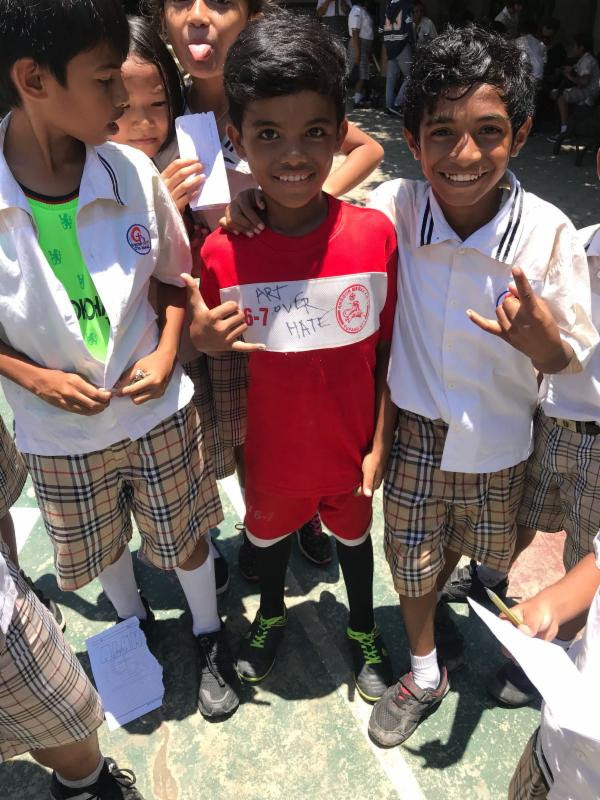 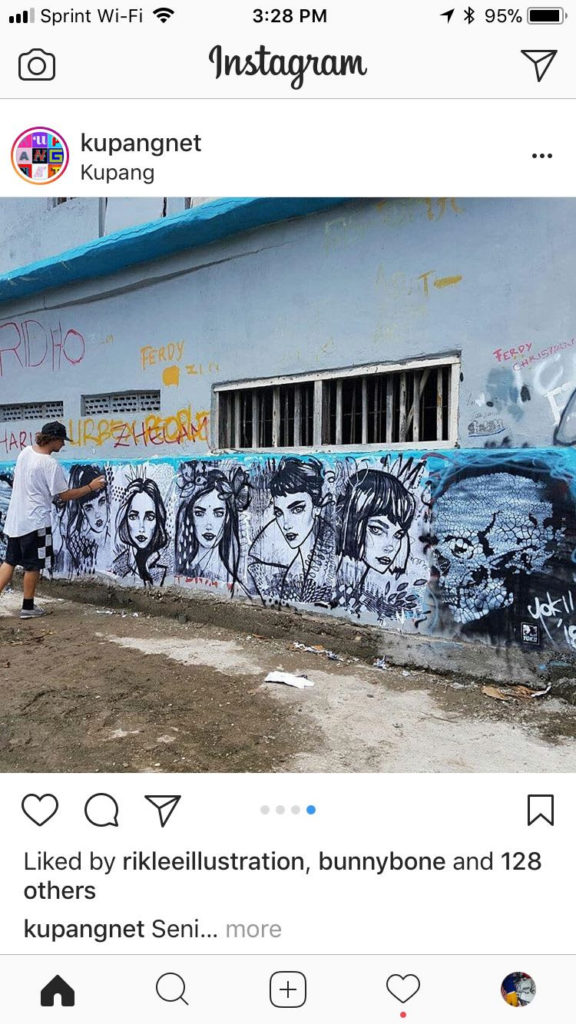 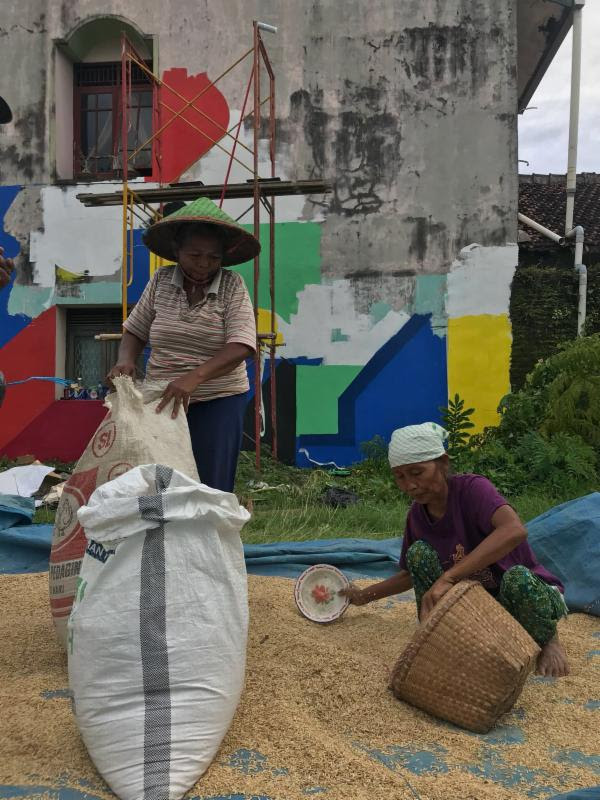 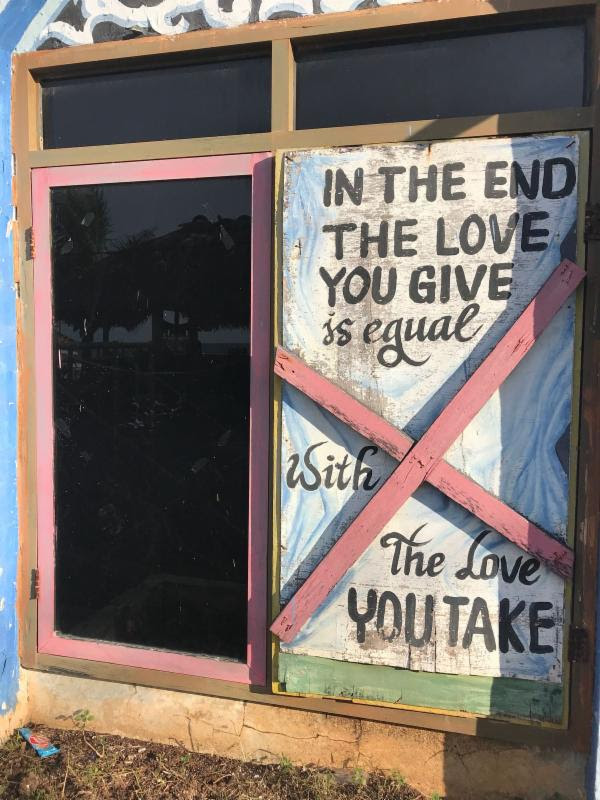 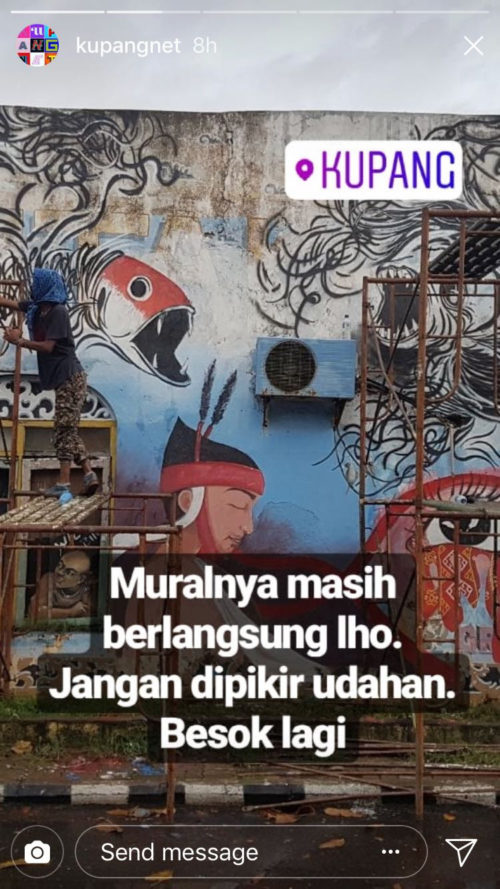 In this article:Art, Indonesia, Finance