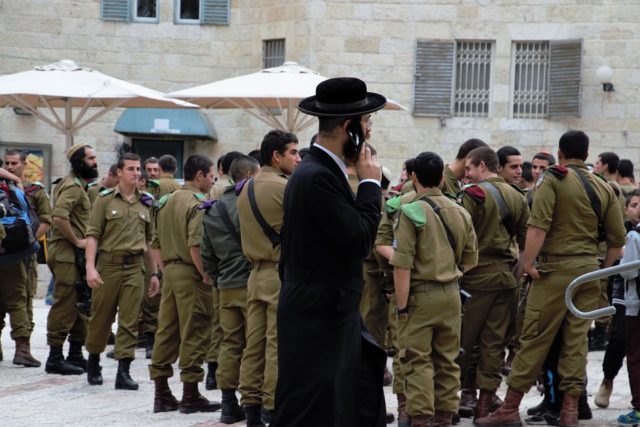 Preparations are underway for Israel’s 70th-anniversary celebration, but a new poll finds that many Israelis are not so optimistic about the future of the state.

Israelis from all walks of life were polled on how they see the state in 2028 and most had a hard time believing that things will be better than they are today. The poll included 624 participants above the age of 18—501 Jews and 123 Arabs.

Regarding the Iran deal, Israelis are skeptical. The poll showed that 54 percent predict that within a decade, Iran will develop nuclear weapons, versus 15 percent who are more optimistic. Forty percent do not see a chance for a regional peace settlement with other Arab states and 34 percent expect one to take place.

The economic situation is more encouraging: at least 48 percent believe that the economy will improve, versus 24 percent who believe the reverse is true. Israelis are still pessimistic about affordability, however: 56 percent see it getting harder for young couples to purchase an apartment while only 20 percent believe it will get easier. Fifty-three percent expect the number of people living below the poverty line to grow, while 21 percent believe that number will shrink.

The good news is that only 15 percent think that ethnic tensions will grow while 44 percent think they will shrink. Regarding the status of women, 69 percent expect more female empowerment and only 4 percent see the opposite trend.

Israelis are also very optimistic regarding relations with the United States: more than half the population sees the relationship growing stronger and only about a tenth think that it will weaken.

On the matter of government corruption, Israelis are less optimistic: 49 percent say that corruption is increasing in proportion versus 22 percent who believe it is decreasing. In any case, a considerable 63 percent of Israelis believe that the right wing will rule even in 2028 and only 8 percent believe that the left will return to center of power in the near future.

Prof. Omri Yadlin, Director of Sapir College, where the poll will be officially presented, said, “The poll results demonstrate that the Israeli public believes that the trends of the past decade will continue and even intensify, for good or for bad.”

In this article:Finance, Israel-Palestine Peace