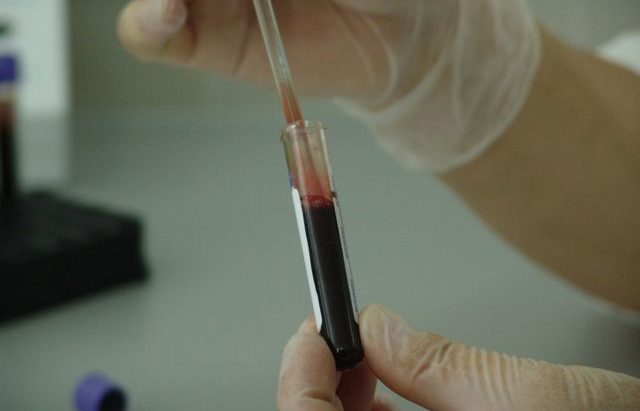 Cancer of the ovaries, liver, stomach, pancreas, esophagus, colon and breast could soon be easy to detect wherever it may be. The good news is that the test called CancerSEEK, looks for cancer in its early stages, even before a patient has shown any symptoms, and before the tumor has had a chance to spread. Those eight common cancer types that account for more than 60 percent of cancer deaths in the U.S. Five of the cancers covered by the test currently have no screening test.

Published in the Journal “Science,” the test is a unique noninvasive, that simultaneously evaluates levels of eight cancer proteins and the presence of cancer gene mutations from circulating DNA in the blood. This sort of screening process could be easily integrated into a routine health checkup.

“Circulating tumor DNA mutations can be highly specific markers for cancer. To capitalize on this inherent specificity, we sought to develop a small yet robust panel that could detect at least one mutation in the vast majority of cancers,” says Joshua Cohen, an M.D.-Ph.D. student at the Johns Hopkins University School of Medicine and the paper’s first author. “In fact, keeping the mutation panel small is essential to minimize false-positive results and keep such screening tests affordable.”

The newly developed test based on forms of creation of cancer in the body. When cells in the body become cancerous, there are often genetic changes. The cells mutate in a way that causes to them to grow uncontrollably. When a tumor cell dies, parts of it flow into the bloodstream. Cancer-related genes and proteins can then be detected in the blood.

The scientists initially explored several hundred genes and 40 protein markers, whittling the number down to segments of 16 genes and eight proteins. They analyzing large numbers of cancer-driving genes to identify therapeutically actionable targets.

In this study, the test had greater than 99 percent specificity for cancer. “Very high specificity was essential because false-positive results can subject patients to unnecessary invasive follow-up tests and procedures to confirm the presence of cancer,” says Kenneth Kinzler, Ph.D., professor of oncology and co-director of the Ludwig Center.

The test was used on 812 healthy controls and produced only seven false-positive results.

The test was evaluated on 1,005 patients with nonmetastatic, stages I to III cancers. The ability to find cancer was 70 percent and ranged from a high of 98 percent for ovarian cancer to a low of 33 percent for breast cancer.

For the five cancers that have no screening tests–ovarian, liver, stomach, pancreatic and esophageal cancers–sensitivity ranged from 69 percent to 98 percent.

In this article:Health, Cancer, Finance