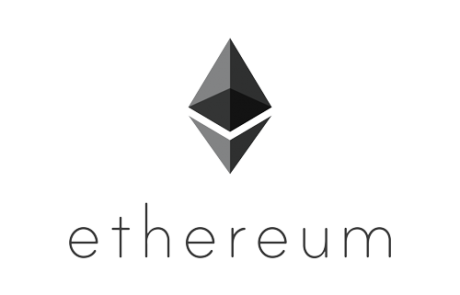 Cryptocurrencies discussions are dominated by the undisputed leader, Bitcoin. The original cryptocurrency introduced in January 2008 was the first decentralized digital currency that worked without a repository or administrator. But it is not alone. There are now over 30 active cryptocurrencies competing with Bitcoin. The second largest, in terms of buzz and size, is Ethereum.

First released in July 2015 after being proposed by Vitalik Buterin, a cryptocurrency researcher and programmer in 2013, the system went live with 11.9 million coined ‘pre-mined’ after funding from Crowdsale. Whilst Bitcoin has attracted the smaller investor who is focused on payment technology, Ethereum has taken the interest of the institutions; its support of ‘smart contracts’ – algorithms that automatically execute the terms of a contract as soon as the conditions are met, technology which lends itself well to derivatives trading – has been the key. Proof of this appeal to institutions is that by March 2017 over 90 Investment Companies formed the Enterprise Ethereum Alliance (EEA) to connect technology vendors to work on Ethereum projects.

The reason smart contracts are possible within Ethereum can be put down to a simple reason; the Ethereum platform is ‘Turing Complete’. So what does this mean? At the risk of oversimplifying, Turing Complete means that your mechanism can run any algorithm, no matter how complex – so if the problem is computable then it will succeed. This means that the Ethereum platform can be used for a whole host of applications beyond its native cryptocurrency.

After suffering the DAO hacking in 2016 Ethereum ‘forked’ to re-appropriate the stolen funds. This happened twice more in 2016 but the value had risen to over $400 by June 2017. The fork mean that Ethereum is now available as Ethereum or Ethereum Classic – a hotly debated choice which comes down to ethical and ideological considerations when choosing; did you agree with the new ‘code’ or did you believe that the original code should be immutable? An especially touchy subject as the platform was conceived with democracy and decentralization as founding principles, these two ideals are hard to reconcile when large scale changes have to be made.

Even though Ethereum Classic has not been as much of runaway success for investors, it is still one of the largest cryptocurrencies in terms of market capitalization. It is for this reason that Ethereum Classic is included on one of the world’s most innovative trading platforms. Beyond that an Ethereum classic exchange-traded fund was recently opened by Grayscale Investments, the 10 million dollar fund charges a 3% management which will go towards the further development and marketing of the platform, showing that a version of Ethereum true to its roots is not dead yet.

So, what are the applications that have made Ethereum so attractive for investment? Firstly, it is important to realize that the innate security with decentralized exchanges which are almost impossible to hack, makes them more attractive – no Government can demand data from them because they have non-custodial platforms. EtherDelta is the most successful decentralized application (dapp); now accountable for 14% of all transactions in the Ethereum network. Another success is LocalEthereum, a private peer-to-peer marketplace which allows users to trade Ether for local currencies via escrow smart contracts – a welcome change from having to using intermediaries.

So Ethereum has proved to be the huge success story of 2017 – it is newer than Bitcoin and has the advantage of being a ‘smart’ platform. Institutions like this when compared to the small investor-focused Bitcoin. At the moment, while there is no clear leading application that can be pointed at as successfully exploiting the full potential of Ethereum beyond cryptocurrency well over 800 dapps are known to be in development and it is the very promise that such projects show that has continually seen Ethereum, Classic or new, position itself as a favorite with investors. It is beyond a doubt that the platforms future success will hinge on the success of the applications it hosts.