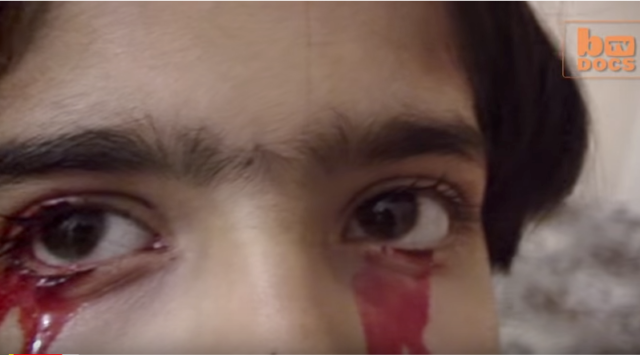 An Italian young woman was hospitalized while bleeding spontaneously in her face and hands, without any injuries. Doctors suspect this is a rare syndrome that causes sweating blood.

What happens when a person “sweats” blood regularly? Bleeding is one of the body’s warning signs that something is wrong, but in the latest issue of the Canadian Medical Journal, a young woman admitted to the hospital for clarification after the “sweat” was reported spontaneously and for no apparent reason.

The 21-year-old Italian woman whose name remains confidential was hospitalized for bleeding in the face and palms, a phenomenon that continues for three years. The doctors took biopsies from her skin and gave her a battery of medical tests, but found no injuries or ruptures of blood vessels. Testing the skin sample under a microscope showed that the skin layers look normal.

Finally, she was diagnosed with a very rare syndrome called hematohidrosis – in this state blood leaks through microscopic openings in the skin.

This occurs during sleep while exercising or in a state of emotional stress. Each such event takes several minutes.

Her doctors said the situation made the woman so embarrassed that she refused to leave her home and suffered symptoms of depression and anxiety.

It is still unclear to doctors what causes the blood to leak through the skin. Some hypotheses have been suggested, including coagulation disorders that cause the phenomenon, overactive nervous system, or a microscopic anatomical defect in blood vessels or sweat glands in the skin.

After the medical examination, the woman was released to her home under blood pressure medication, which reduced the frequency of bleeding attacks, but did not completely eliminate them. 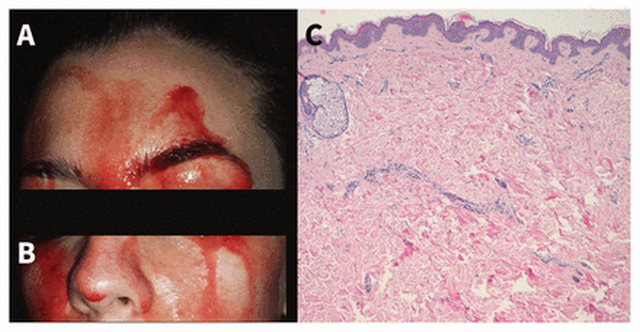 Syndrome of one to ten million

A similar phenomenon was reported in May this year, when the 7-year-old from Thailand began bleeding from her eyes, nose and ear in any condition of headache.

The doctors explained at the time that this is the same syndrome called hemodirosis, which affects one in 10 million people worldwide. The syndrome is caused by leakage of blood vessels from the membranes feeding the sweat glands and tears.

“I do not want to be famous,” she said. “I just want someone to heal my disease that is ruining my life.” Her mother, Nippapum Kantin, said she was looking for a cure for her daughter to no avail: “I searched the Internet constantly for doctors who knew how to treat the syndrome.”

The rare bleeding spells do not cause her pain, and her parents say that the brave girl continues to smile: “She remained a happy child,” the mother said.

In this article:Finance, Weird stories