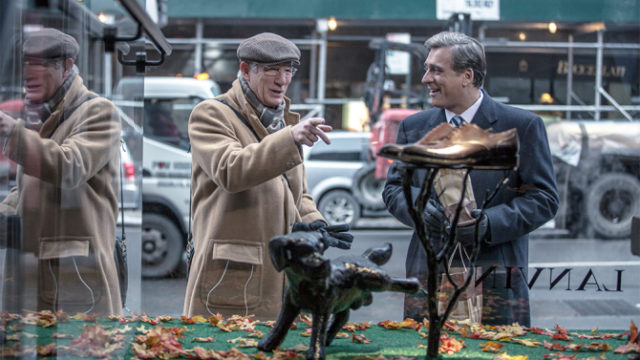 Richard Gere and Lior Ashkenazi in “Norman: The Moderate Rise and Tragic Fall of a New York Fixer”

Richard Gere is set to arrive in Israel next week for the premiere of his new movie, Norman: The Moderate Rise and Tragic Fall of a New York Fixer. Richard Gere in wildly adventurous of his late career performances, will spend a few days in Jerusalem.

The Hollywood Reporter has tapped Israeli director Joseph Cedar’s movie as one of the 10 best films of this year’s major festivals – Toronto, Venice and Telluride, Colorado.

The film is a story of a New York financial schemer “macher”, Norman Oppenheimer (Richard Gere), who befriends a low-ranking Israeli politician Micha Eshel (Lior Ashkenazi) when it seems his political career is coming to an end.

But when three years later Eshel unexpectedly becomes prime minister and Norman becomes his political adviser. Norman’s life changes dramatically when he found himself amid an international scandal.

Comper to House of Cards, Variety said “Cedar it can take a TV series an entire season to establish a political intrigue as elaborate Norman — and even longer to flesh out such a fascinating protagonist, when all Cedar had to do was give this archetype a name.”