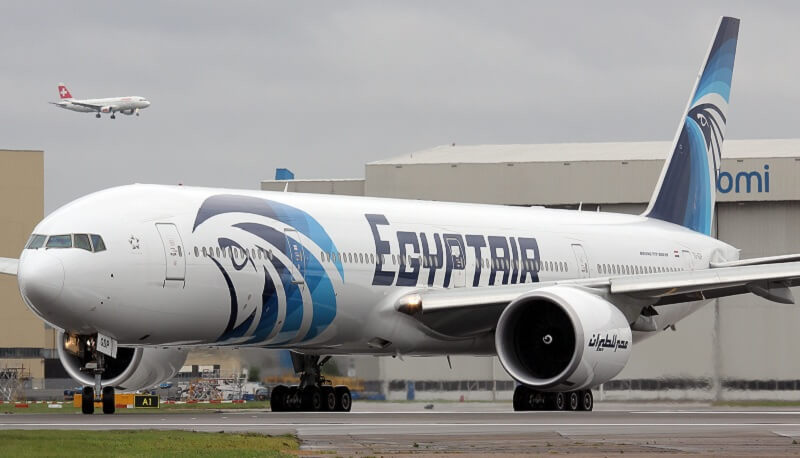 The officials said the action Saturday by the airport was the first since President Donald Trump imposed a three-month ban on Muslim migrants from seven Muslim-majority countries: Iraq, Syria, Iran, Sudan, Libya, Somalia and Yemen.

The officials said the six Muslim migrants, escorted by officials from the UN refugee agency, were stopped from boarding the plane after authorities at Cairo airport contacted their counterparts in JFK airport.

The officials spoke on condition of anonymity because they were not authorized to brief the media.

Jan Egeland of the Norwegian Refugee Council said on Saturday that Trump’s decision “will not make America safer, it will make America smaller and meaner.”

Egeland said the decision dealt a “mortal blow” to the idea of international responsibility for those fleeing persecution. He said the US is leading a “race to the bottom” in which politicians in wealth countries provide “zero moral leadership.”

Iran’s President Hassan Rouhani says the time has come for removing walls between nations rather that building new ones.

Rouhani did not name any particular country but his remarks come shortly after President Donald Trump’s executive order Friday suspending all immigration and visa processes for nationals from a handful of countries with terrorism concerns, including Iran, for 90 days.

Rouhani said Saturday that, “It is not the day for creating distance among nations.”

Speaking at a tourism conference broadcast on state TV, Rouhani said that those seeking to create such walls, “have forgotten that the Berlin Wall collapsed years ago.”

The International Rescue Committee is calling President Donald Trump’s suspension of the US refugee resettlement program a “harmful and hasty” decision.

The IRC statement declared that the US vetting process for prospective refugees is already robust—involving biometric screening and up to 36 months of vetting by “12 to 15 government agencies.”

Miliband praised The United States’ record as a resettlement destination and said, “This is no time for America to turn its back on people ready to become patriotic Americans.”