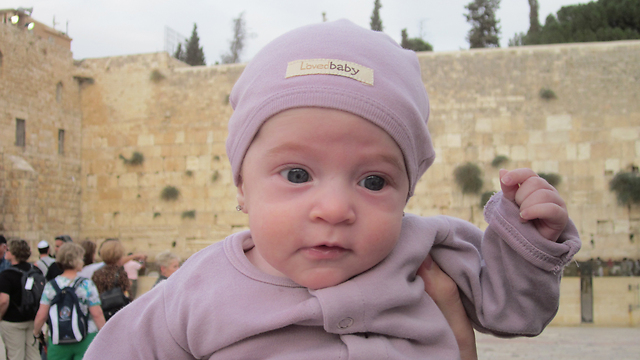 A legal battle waged by the parents of a baby who was killed in a Jerusalem vehicular terror attack has ended in a victory after a US court ordered Iran and Syria to pay out a compensation package of $178 million.

The attack took place in 2014 at a Jerusalem Light Rail station when a Hamas terrorist, 21-year-old Abed Abdelrahman Shaludeh, a Palestinian from Silwan in East Jerusalem, rammed his car into a baby stroller carrying Haya Zissel-Brown, a 3-month-old baby who died as a result of her wounds.

Her father Shmuel was wounded in the attack while her mother, Hanna sustained no injuries.

Keren Yamima Mosquera, a 22-year-old Ecuadorian who came to Israel to convert to Judaism, was also killed in the incident.

Hamas claimed responsibility for the attack and praised the terrorist his actions.

Haya’s parents decided to launch a legal fight against terror and since their murdered daughter possessed American citizenship, they submitted a lawsuit to an American court against Iran and Syria on the grounds that they finance Hamas terror attacks.

With the conclusion of the legal proceedings finally reached, the two sponsors of terrorism will now be forced to pay the huge sum.

The parents were represented by lawyer Darshan-Leitner, the manager of Shurat HaDin Israeli Law Center which seeks to wage a legal struggle around the world against terror.

“This ruling sends a clear message that the heavy price will be imposed on anyone who finances terror and spills the blood of innocents, ” Darshan-Leitner said. “We will continue to constantly pursue Syria and Iran through any legal means at our disposal to ensure that the victims of terror have justice.”

In this article:Iran, Finance, Syria