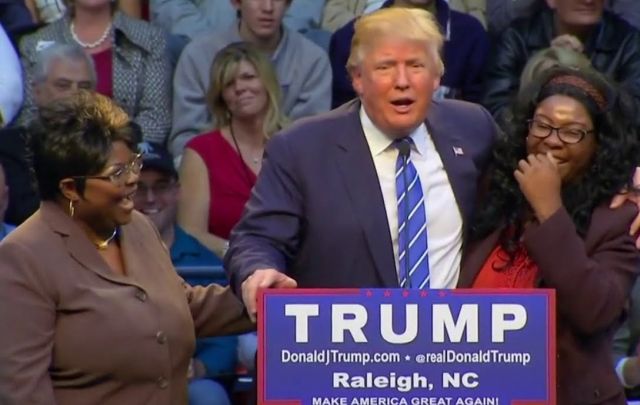 Lynnette Hardaway and Rochelle Richardson — AKA Diamond and Silk — are two African American YouTube stars who stunned America over the last 18 months with their videos in support of Donald Trump’s Presidential candidacy. Oh Ya, and they really love Israel too.

The duo shocked the African American community, which votes overwhelmingly Democratic and almost all of whom voted for Hillary Clinton this year, when they attended the Republican National Convention last summer and slammed the whole Black lives Matters movement.

As they told Breitbart in an interview, “It’s no longer a movement. It’s really a mess. And my thing is here. You keep saying that you want equality. Well, come to the table and let’s get that right there. You know, you can’t continue to march in the streets, pump your fists, and the same people that you are marching against is the same people that is getting killed to protect you. That is dying to protect you.”

Now the two have released a new video on YouTube in which they criticize the recent U.N. Security Council Resolution which condemned Israel in a 14-0 vote on December 23. It was the U.N.’s idea of a Christmas gift for the Jewish people.

Lynnette Hardaway (Diamond) did the talking saying, “I know that something went down with Israel because I saw Kerry on TV talking about them. Now I’m not quite sure as to what went down, but I do know that Kerry must be slipping in all of that Heinz ketchup, cuz he trippin.”

She was referring to U.S. Secretary of State John Kerry’s speech from last Wednesday in which he defended America’s decision to not veto the UNSC resolution. Kerry was also angry about all of the criticism which he had received from Israel supporters in America as well as the Israeli government.

The duo also criticized President Obama saying that he must be clueless, especially where Israel is concerned.

Diamond and Silk finished by saying, “We stand with Israel! We will always have their backs!”

Diamond and Silk are biological sisters from North Carolina standing with the silent majority. As American women they are voicing their opinions about media bias, political babble, and repetitive political tactics that they feel the average American is tired of being subjected to. Diamond and Silk are also commentators on their YouTube channel “The Viewers View” where they candidly tell you exactly how they view modern day topics appearing anywhere and across various platforms, often times with parental advisory and a common sense approach without the use of the political correctness so prevalent in modern day media. On the Viewer’s View they speak their minds 100% without sound bites, and often right from the heart, because to do anything less would be an injustice to the supporters with whom their message resonates.

Lynnette Hardaway and Rochelle Richardson say that they are part of the“new silent majority” who are deeply concerned about political corruption and the unethical tactics of special interest groups and lobbyists, we here at The Viewer’s View are devoted supporters of Mr. Donald Trump. We “Stump for the Trump” because we believe in and can relate to his campaign, “Make America Great Again!” 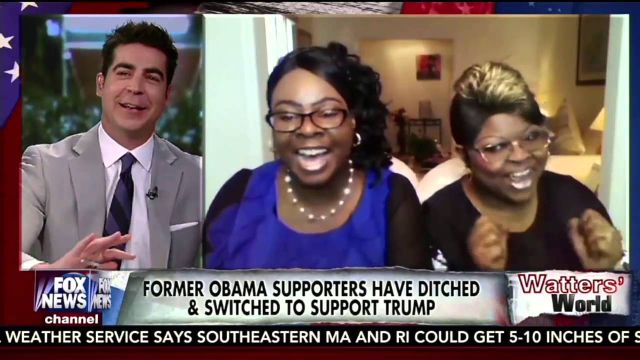 Diamond and Silk state that they support Donald Trump because his non-traditional approach is “exactly what this country needs. Mr. Trump inspires hope in the American Dream, because unlike modern day politicians who dance to the tune of lobbyist, he is a successful businessman who has the ability to dictate strategies without the interference of special interest groups whose money often play a role in creating disadvantages for Americans.”