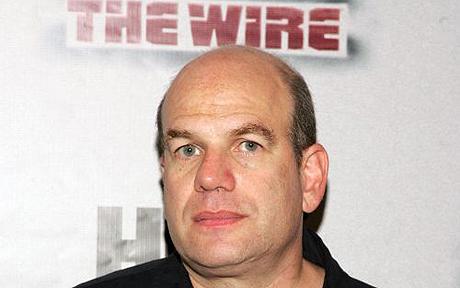 David Simon, who is the genius behind the hit television shows set in Baltimore “The Wire” and “Homicide: Life on the Street, ” has spoken out on what is currently going on in that beleaguered city. He specifically criticized the city’s former mayor, Martin O’Malley.

Riots have been so bad in Baltimore that the Orioles were forced to cancel the first two games of a three game series against the visiting Chicago White Sox. Then yesterday they managed to play the third game, but no fans were allowed to attend. That’s right! They played in an empty stadium.

Now the former journalist who wrote for the Baltimore Sun’s City Desk told The Marshall Project that the so called war on drugs has played a large role in the City’s problems as well as racism. But he also pointed a very big finger at former Baltimore Mayor and Maryland governor Martin O’Malley saying:

“He destroyed police work in some real respects. Whatever was left of it when he took over the police department, if there were two bricks together that were the suggestion of an edifice that you could have called meaningful police work, he found a way to pull them apart.

“What happened under his watch as Baltimore’s mayor was that he wanted to be governor. And at a certain point, with the crime rate high and with his promises of a reduced crime rate on the line, he put no faith in real policing.”

Anyone who has ever seen The Wire knows how political pressure forces the local police to make as many arrests as possible. This affects black people disproportionately.

On that point Simon added, “The city eventually got sued by the ACLU and had to settle, but O’Malley defends the wholesale denigration of black civil rights to this day. Never mind what it did to your jury pool: now every single person of color in Baltimore knows the police will lie — and that’s your jury pool for when you really need them for when you have, say, a felony murder case.

“But what it taught the police department was that they could go a step beyond the manufactured probable cause, and the drug-free zones and the humbles – the targeting of suspects through less-than-constitutional procedure.”

A spokeswoman for O’Malley responded saying, “David Simon is a great fiction writer and television producer. Like everyone else, he’s entitled to his opinion, but that doesn’t mean it comports with the facts.”