A native of Israel, Michael Shvo continues to make his mark in the world of New York real estate.

New York Real Estate developer Michael Shvo has sealed a deal to buy the 22 Thames Street (also 125 Greenwich Street) property in Manhattan from Fisher Brothers and Steven Witkoff for approximately $180 million. It is the site of the old American Stock Exchange.

The location was acquired by its current owners in 2012 for $87.5 million in September of 2012. They had planned to build downtown Manhattan’s tallest residential building there, a 359, 130 square-foot, 956 foot-tall, 70 story rental apartment building designed by Rafael Vinoly, but Shvo is expected to redesign the project and instead build luxury condominiums. The property has no height limit.

Earlier this year Shvo acquired 8 properties in SoHo, Manhattan, including parcels located between Varick Street, Broome Street and Watts Street. He also has a development in the works at 239 Tenth Avenue. 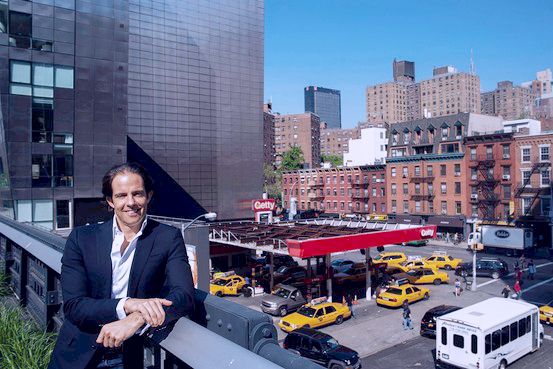 Shvo set a record when he purchased that location, previously the site of a Getty gas station, last October for $23.5 million.

A native of Tel Aviv, Israel, the 41 year old Shvo has a degree in finance from Bar Ilan University and came to the United States in 1996 with only $3, 000. He got his business start managing a fleet of taxis in New York and then went on to work as a as a real estate broker with Douglas Elliman, the largest brokerage firm in New York. By the time Shvo turned 30, he had more than $300 million in sales from over 400 deals, which made him firm’s top broker.

Michael Shvo has performed more than $15 billion in real estate deals so far in his career.

In this article:Finance, Douglas Elliman