Levchin appointed himself as CEO  of Affirm, a payments processing company that he nutrured from birth after raising substantial funding for his new baby. 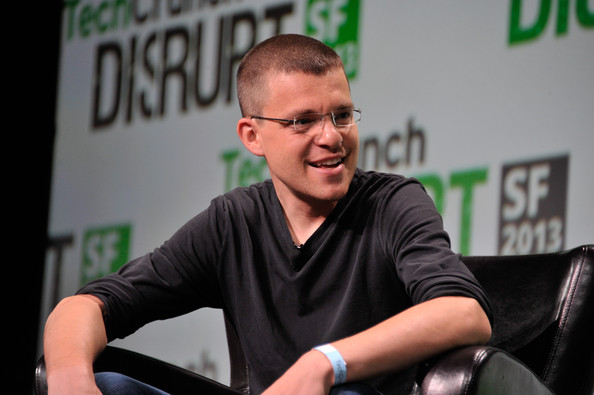 Max Levchin, best-known as the co-founder of  PayPal and game maker Slide, has not only succeeded in raising substantial Round A venture capital for Affirm, a payments processing company that he nurtured but he has also appointed himself as CEO for the company.

Announcing the funding as well as his appointment  Levchin revealed  that he had been looking around for the last year spent for the ideal candidate to lead the online-lending startup which  he had been steadily growing for success in his start-up incubator, HVF.

That was until he came to the realization that the ideal candidate was himself, and that he was ready to take up the role as CEO of the company for the first time since  2010, when he gave up the hot seat after selling his software company Slide to Google for the tidy sum of $180 million

In his new role as CEO Levchin went on to reveal that, over the course of the last year, he had been discreetly conscripting funding for Affirm from a number of leading venture capital companies, among them Khosla Ventures, Lightspeed Venture Partners and Nyca Partners.

The same time Max Levchin kept himself busy putting together a team of  industry specialists  to play their part in taking the company to the next stage amongst them  Nathan Gettings, best known as being one of the driving forces of Palantir, a leading computer software and services company, known for specializing in data analysis.

It is generally accepted within  the data processing industry that the Palantir  software concept was derived from technology developed, possibly by Levchin when he was at at PayPal to detect fraudulent activity, .

Like choosing  the best looking puppy from a litter Levchin was faced with a difficult task of choosing which of the ten companies, if any,  that were founded through the HVF incubator, with affirm being his new baby, as well as being just  one of two startups to have taken  their first steps into the world of commerce proper, with the other one ironically a fertility-monitoring software maker by the name of Glow.

Already Affirm is beginning to make its mark on the market with a number of E-commerce sites already having signed up to use their service , which allows them to offer customers instant lines of credit which they can use to use purchase items on their sites. The attraction was for the consumer and the e-commerce sites that, rather than depending on the slightly cumbersome and time-consuming FICO system for assessing credit scores, Affirm users powerful software capable of calculating risk levels of consumers wishing to buy items credit ,  based on a a broad spectrum of personal information data garnered from their social-media profiles, as well as taking into account the unit cost of the items being purchased.  With that information Affirm is then  capable of rapidly determining an ideal interest-rate as well as a  structured payment that will make the prospect of making an online purchase much simpler for the consumer whilst preventing the risk of payment default as much as is possible.

According to reports from companies who have already signed up with Affirm, consumers feel more at ease  using the system, and are inclined  to make larger and more regular purchases.

Announcing his appointment Levchin also revealed his future plans for Affirm, which is to grow  the staff considerably by the end of this year, as well as continue to meet  with investors to discuss r the possibility of raising additional capital  with a view of  expanding the variety of loan options that the company will be able to provide, including short and long-term finance for small businesses as well as to the consumer.

Max Levchin was born in the city of Kyiv in the Ukraine. The Levchin’s family left the Ukraine after the breakdown of communist control, making their home in Chicago, Illinois in 1991 when Max was already sixteen.

After graduation, Levchin founded his third online enterprise in partnership with another fellow graduate Peter Thiel. The company was originally entitled Fieldlink, later changed to Confinity. It was while working together at Confinity, that Levchin and Thiel developed a simple but friendly payment product which the payer appropriately titled PayPal. After merging Confinity with another up-and-coming Internet entity X.com, the new collaboration was re-titled PayPal Inc.

After going public in the early part of 2002 PayPal Inc., captured the attention of online portal eBay who acquired the company for around $1.5 billion the same year, with Levchin, who held a 2.3% stake in PayPal walking away around $34 million richer.

2002 turned out to be a very good year for Max Levchin, listen recognized as being as one of the top 100 innovators in the world under the age of 35, as well as winning the Innovator of the Year award in the prestigious MIT Technology Review.

After spending some time working with the development team at eBay, Levchin left the company to pursue his entrepreneurial initiatives. Max’s first startup in his post PayPal days was Slide, which Levchin founded in 2004, and was one of the original personal media-sharing software tools geared towards social networking sites such as MySpace and the early versions of Facebook.

That same year, Max Levchin involved in the co-founding of another Internet enterprise entitled Yelp, which was also an online social networking and review service. Levchin remains their largest shareholder, holding more than seven million shares in the company, whilst holding down the role of as Chairman of the Board for the last nine years.

Google acquired Slide in August 2010 paying Levchin $182 Million for the company, as well as appointing him Vice President in charge of Engineering. Just a year later, Google absorbed the Slide software company into their general operations, and Levchin left  the company.

In this article:payPal, Finance, Max Levchin