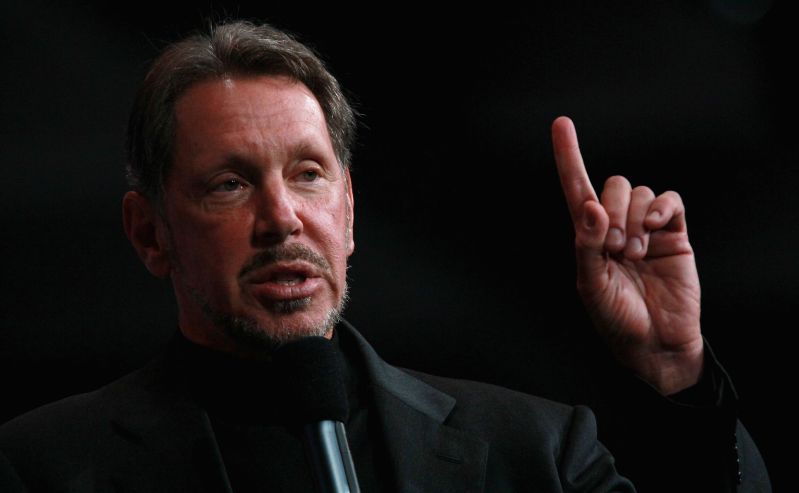 Larry Ellison’s Oracle Corp, who gained ownership of the software programme Java when it acquired rival Sun Microsystems in 2010, has just won a strategically important copyright case against Google in the Federal Appeals Court for infringement of its Java software programming language API’s

While the original court ruling by Judge William Alsup had found in favour of Google, many commentators, including expert patent commentator Florian Mueller had criticised the decision, and expected it was likely to be overturned on appeal.

Now the US Court of Appeals for the federal circuit in Washington has indeed said that Judge Alsup’s decision was wrong, pretty much on all important counts and has instead now found in favour of Oracle.

In the most important part of the lengthy judgment the Court of Appeal stated:

“Oracle argues that its Java API packages are entitled to protection under the Copyright Act because they are expressive and could have been written and organized in any number of ways to achieve the same functions.”

“Specifically, Oracle argues that the district court erred when it:
• concluded that each line of declaring code is uncopyrightable because the idea and expression have merged;
• found the declaring code uncopyrightable because it employs short phrases;
• found all aspects of the SSO devoid of protection as a ‘method of operation’ under 17 U.S.C. § 102(b); and
• invoked Google’s ‘interoperability’ concerns in the copyrightability analysis.”

“For the reasons explained below, we agree with Oracle on each point.”

Oracle was quick to say publicly after the verdict, “We are extremely pleased that the Federal Circuit denied Google’s attempt to drastically limit copyright protection for computer code. The Federal Circuit’s opinion is a win for Oracle and the entire software industry that relies on copyright protection to fuel innovation and ensure that developers are rewarded for their breakthroughs. We are confident that the district court will appropriately apply the fair use doctrine on remand, which is not intended to protect naked commercial exploitation of copyrighted material.”

Last summer, Larry Ellison had re-affirmed his company’s take on this, “When you write a program for the Android phone, you use the Oracle Java tools for everything. And then at the very end, you press a button and say, ‘Convert this to Android format.’ We don’t compete with Google. We don’t do anything Google does. We just think they took our stuff, and that was wrong.”

If you think there are echoes of Steve Jobs here, you would be right; he also thought Android was a “stolen product” and he and Ellison were long standing friends as well.

During the trial Android’s creator Andy Rubin, whose start-up company was bought out by Google in 2005, wrote a memo even stating Google needed to take a licence for the Java APIs they later chose to adopt anyway without one. If they had taken a licence then it might have cost them maybe in the range of US$50-100 million some commentators have indicated.

Instead they decided to push ahead without bothering to take a licence and, with the rise of the iPhone the Java APIs became of critical importance to Google in accustoming its developers to write apps for the new Android operating system that emerged to compete with iOS. Now it is likely to cost Google much more once the dust settles.

As the highly respected patent commentator Florian Mueller puts it in his own summary of the Appeal Court’s judgment (www.fosspatents.com), “The Appeals Court makes a clear distinction between the Java programming language (i.e., the commands/keywords that are free for everyone to use) and the APIs, and finds that only three of the Java APIs in question are basically part of the Java language, ” he then references the judgment which says “Google could have written its own API packages using the Java languages”, which, as the opinion notes, “Google chose not to do”.

Now Google has finally lost the copyright argument in court, however, for 37 key Java APIs, it could ultimately become much more expensive for them this time around, with Oracle ultimately likely to continue to ask for damages -starting at the US$1 billion level. Undoubtedly Google will appeal the appeal and drag this out as long as they can. Part of the case, relating to fair use, is still not conclusively concluded, too, and goes back to the District Court again for trial and damages.

Even so this is a massive way point for Oracle in its battle to enforce its own proprietary APIs, which are separate from the open source nature of the more basic elements of the Java programming language. Those who would prefer there to be no such copyright-ability of computer code, of any kind, will on the other hand be disappointed with the decision.

Editor’s note: There are two acronyms contained above. The first, API, stands for “application programming interface” which refers to a method for elements of a computer programme to interact with each other and with the user. The second, SSO, stands for “single sign on” which refers to a method of one-time authentication of a valid user to multiple elements of a computer system.