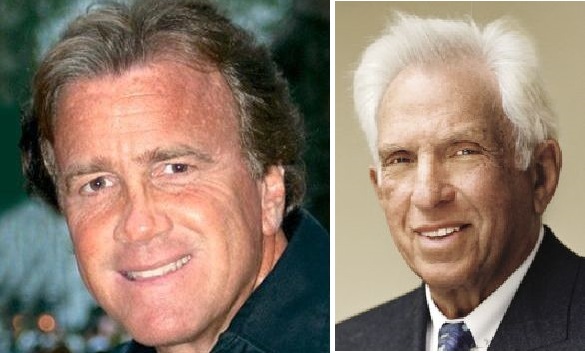 SL Green Realty has a long standing relationship with the investor Jeff Sutton and his Wharton Properties. The two have been investing in some of New York City’s more iconic retail locations. Now they have reportedly earned $150 million from the refinancing of one of Manhattan’s landmark buildings, 724 Fifth Ave, a home to boutique stores in the heart of Manhattan’s most fashionable shopping district.

A stately 12 story building, 724 Fifth Ave in midtown Manhattan is home to the Italian Prada clothing retail empire’s flagship store and also hosts some of New York’s most prestigious art galleries. The building boasts a contemporary lobby and is only a short walk from Central Park.

In a deal said to have been reached on April 9th and only revealed yesterday, the two partners have borrowed a total of $275 million against the property, or more than twice the original debt that they incurred over the building when they first bought it in 2012. $235 million of the funds came from Goldman Sachs, thereby replacing the previous mortgage holder of the property, Wells Fargo. Another $40 million was provided by Meridian Capital group in mezzanine debt.

Mezzanine financing is a type of debt and equity used to finance the expansion of existing companies. It gives the lender the right to convert debt into an ownership or equity in a company if the loan is defaulted on. Such financing usually comes with a very high 20-30% interest rate because it is negotiated quickly with little or no collateral offered by the borrower and little if any due diligence conducted by the lender.

When a property, especially a luxurious one, is expected to generate a high return through rents then it is easier to acquire loans against it. This is the expectation when it comes to more expensive sites in Manhattan, in contrast to suburban shopping malls which have seen many empty store fronts of late.

Last November, Prada, which rents a total of 20, 700 square feet spread out over five floors of the property, extended its lease through 2028.

SL Green is a fully integrated real estate investment trust that is focused primarily on acquiring, managing and maximizing value of Manhattan commercial properties. Its portfolio includes more than 70 Manhattan properties and they own and operate a suburban assets in Brooklyn, Long Island, Westchester County, Connecticut and New Jersey. The company is also Manhattan’s largest landlord of office space.

Jeffry Sutton, 54, is a self made New York billionaire real estate developer born to a Sephardi Syrian Jewish family. With an estimated net worth of $2.7 billion, he founded and owns Wharton Properties (named for the Wharton School of Business where he studied), a commercial real estate company, whose assets include 115 buildings in the greater new York Metropolitan area.