Opposition MKs have slammed the prime minister, after the “Globes” revelation about his bank account in a tax haven.
– 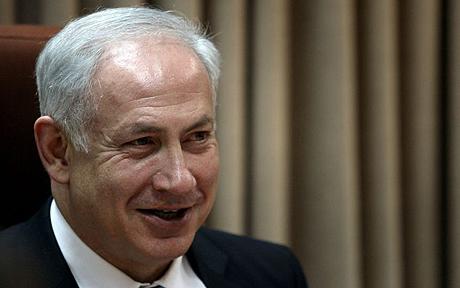 Harsh criticism has been levied against Prime Minister Benjamin Netanyahu, following yesterday’s revelation by “Globes” that he held a bank account in a foreign tax haven over a decade ago.”Every day anew, we learn that keeping public norms is not our prime minister’s strong side, ” said MK Itzik Shmuli (Labor). “Netanyahu has no problem spending NIS 80, 000 on water and candles at the taxpayer’s expense, but to evade paying the same taxes he flees to a remote island in the middle of the English Channel.”

Deputy Minister of Transport Tzipi Hotovely (Likud) defended Netanyahu saying, “The prime minister has the full right to manage his financial affairs like every Israeli citizen. The attempt to present the holding of a completely legal foreign bank account as a problematic matter, misses the truth and looks like personal persecution.”

MK Stav Shafir (Labor) slammed Netanyahu, saying, “The ‘Globes’ revelation that the prime minister managed a bank account in the tax haven of Jersey shows that there is no limit to the contempt, cynicism, and piggishness at the expense of the public. The prime minister, whose fortune is estimated at NIS 40 million, and who imposes austerity, cuts pensions, and raises the tax burden, makes sure to manage his private account far away in order to pay no taxes.

“Why should the public trust the government when this is how the man at its top behaves? What should the Israeli people do to deal with the burden of austerity, and continue to serve, work, and pay taxes, when the man who is supposed to lead them acts with no decency and betrays their trust? If, a month ago, we felt disgust at the Netanyahu family’s exorbitant water bill, we now discover that that was just the tip of the iceberg. Such flawed ethical norms have no place in the seat of government.”

MK Shelly Yachimovich (Labor) lambasted Netanyahu, saying, “A tax haven is a place where very rich people put their money to avoid paying taxes in their countries, while ordinary people, employees and the self-employed, are bowed under the burden of direct and indirect taxes. The years of Netanyahu’s term as finance minister, including 2003 when he still hid his money in Jersey, were the hardest and most violent years against the Israeli public.

“He cut old-age pensions; he made 16 cuts one after another in the education budget, while calling the education system a ‘cow that does not give milk’; he insanely skyrocketed the proportion of contract employees; tycoons were pampered and were heroes of Israel; people looked for food in garbage cans, and the soup kitchen flourished and thrived. Inequality in Israel soared, while he promised that the more that was given to the rich would somehow, some day, trickle down to the middle class and the poor.

“It did not happen. What happened instead is that the same public, which was hit time and again, is now directly paying the huge expenses of the prime minister’s residence. How shall we begin to describe the chasm between this luxurious and regal lifestyle and flawed norms and the lives of ordinary people who work all day and try to return safely home, if they have a home? How is it possible to lead when the leader is so, so alienated from his people?”